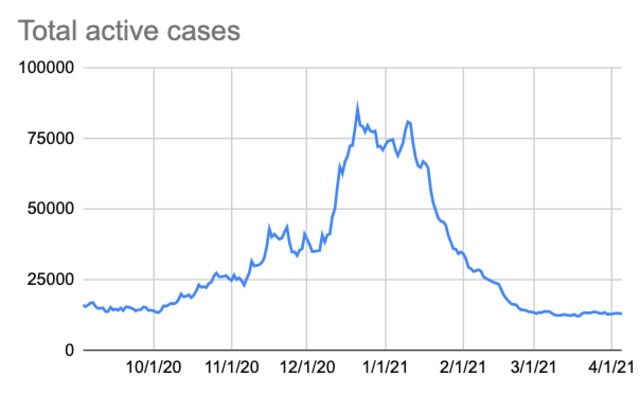 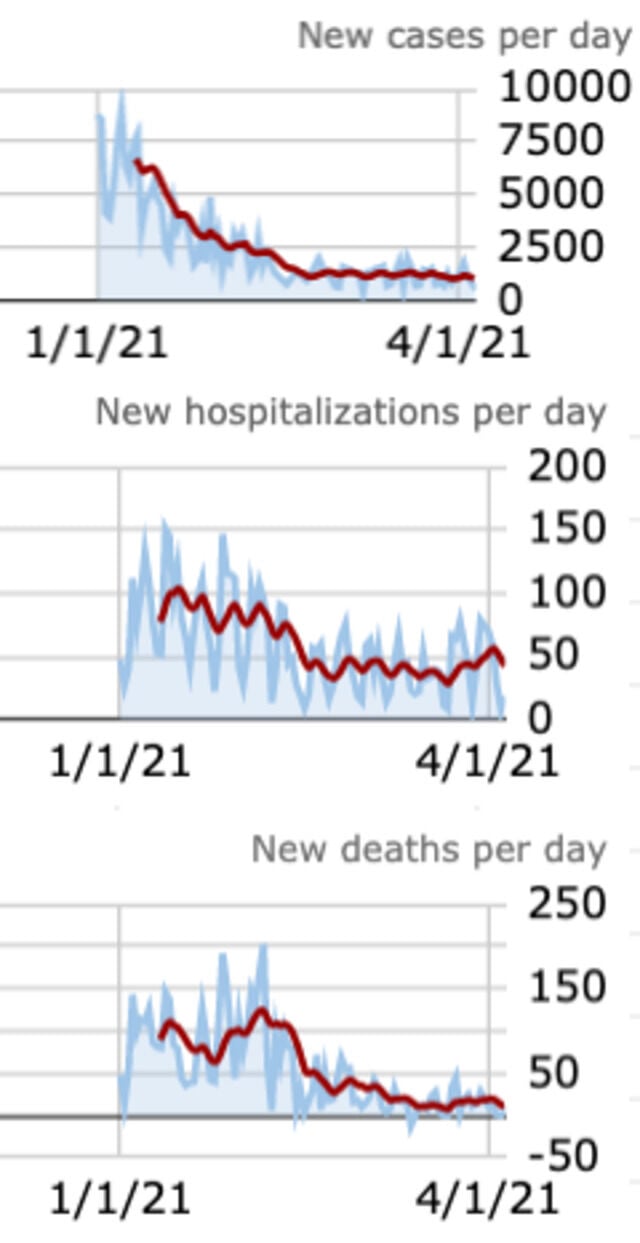 Williamson County has 463 active cases of COVID-19 as of Tuesday, a positive trend from last week's number in the 500s.

26,813 overall cases have been counted in Williamson since March 2020.

26,136 people in the county have either recovered or had their cases deemed inactive, while 214 people have now died.

The Tennessee Department of Health has now reported a total of 817,022 cases of COVID-19 across the state, up 523 cases on Monday from 8,357 new test results — a 5.1 percent positivity rate.

Of the total number of cases, 11,929 people have died — with seven new deaths reported in the last 24 hours.

The number of active cases has been flat in the past two weeks, with state health officials reporting that 13,007 individuals are currently infected with COVID.

The number of patients hospitalized within the state has grown 7 percent in the past two weeks, with 853 people at 114 hospitals now being treated for illness caused by the virus. In terms of capacity, the state reports that 17 percent of inpatient beds and 14 percent of ICU beds remain available. Nearly 81 percent of the state's ventilator supply is still available.

So far, 1,100,994 Tennessee residents have been fully immunized against COVID, which amounts to approximately 16 percent of the state's total population. More than 318,000 doses of vaccine were administered during the past week, with the entire state having opened eligibility to residents 16 years and older.