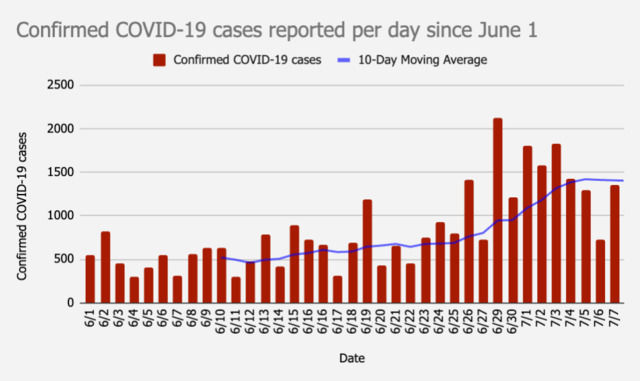 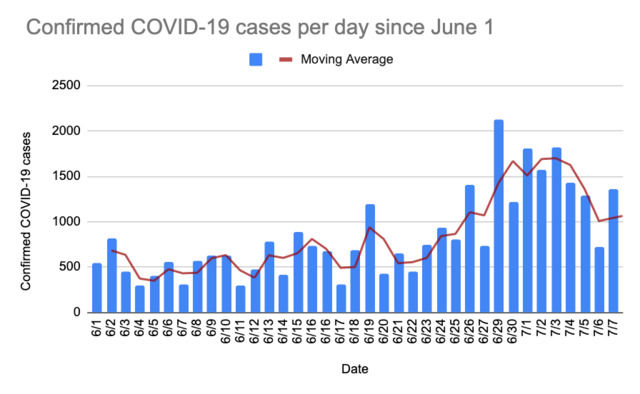 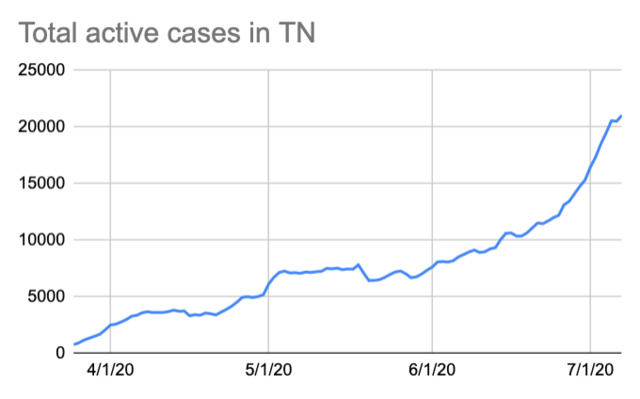 The number of active cases in Tennessee has risen 80 percent in the past two weeks. On Tuesday, the state reported that 21,022 residents are currently infected with the virus.

The number of patients hospitalized with COVID-19 has risen more than 65 percent in the past two weeks with 758 people hospitalized throughout 105 facilities statewide. The virus makes up for approximately 5 percent of all hospitalizations statewide, according to the health department.

In terms of capacity, the state reports that 22 percent of inpatient beds and 20 percent of ICU beds remain available. Nearly 71 percent of the state's ventilator supply — which was low in March until officials acquired about 1,000 more — is still available.