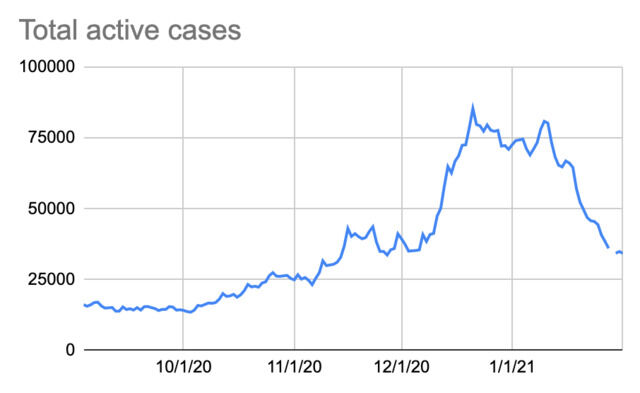 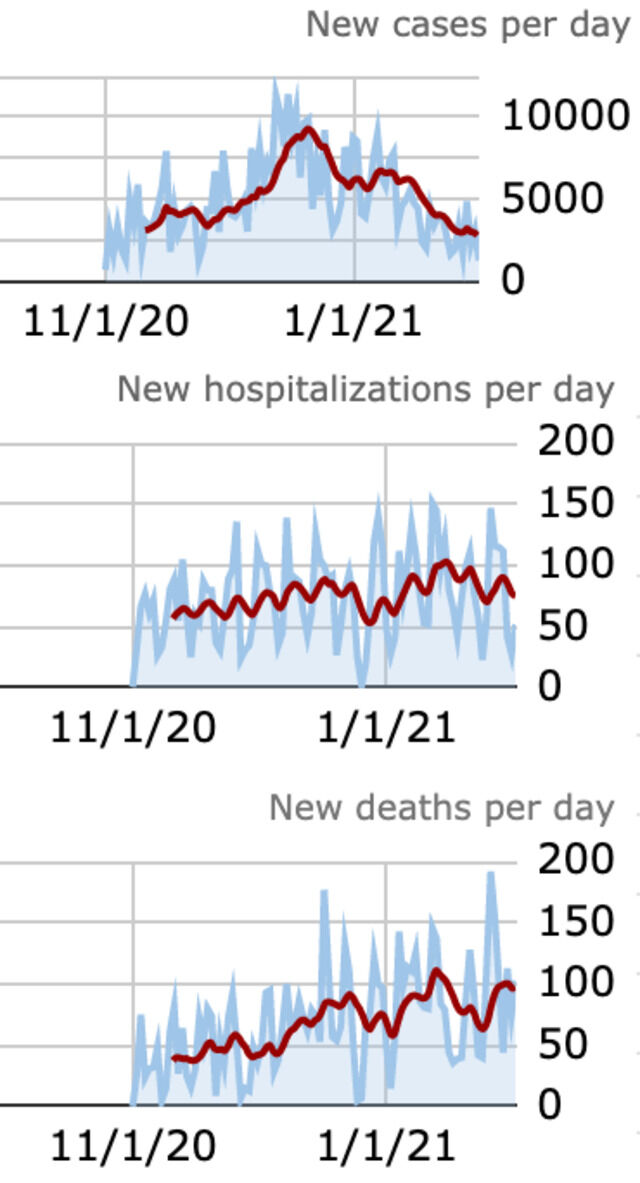 Williamson County saw a high load of new COVID-19 cases come in over the weekend.

1,830 cases have been added to the county's overall tally, bringing the full count to 23,070 since the pandemic's start nearly a year ago.

1,375 of those cases are considered active.

21,523 people in Williamson have either recovered or had their cases deemed inactive, while 172 people have now died.

The number of active cases has fallen 47 percent in the past two weeks. On Monday, state health officials reported that 34,272 individuals are actively infected with COVID-19.

The number of patients hospitalized with in the state has fallen 42 percent in two weeks, with 1,562 people at 114 hospitals now being treated for a confirmed case.

In terms of capacity, the state reports that 18 percent of inpatient beds (2,122) and 14 percent of ICU beds (278) remain available. Nearly 76 percent of the state's ventilator supply is still available.

Tennessee’s vaccine distribution was delayed from its original schedule after Operation Warp Speed failed to follow through on distribution promises and shorted the state more than 400,000 expected doses. Health department officials say supply has started to increase, with more than 163,627 vaccinations reported in the past week.

Thirty-five of Tennessee’s 95 counties are still working to vaccinate people aged 75 years and older, and will not yet begin vaccinating individuals 70 to 74 years old. Those counties include much of Middle and Eastern Tennessee and most metropolitan counties, including Nashville.