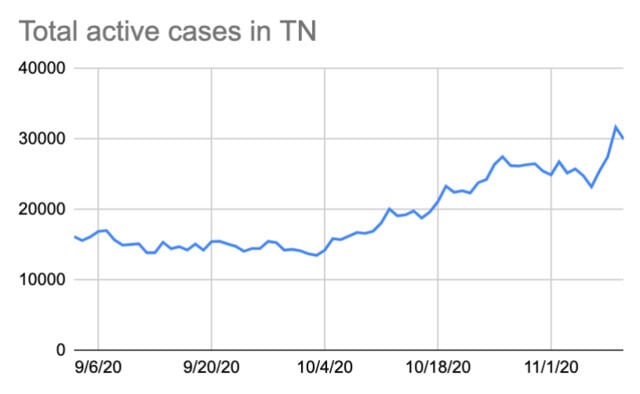 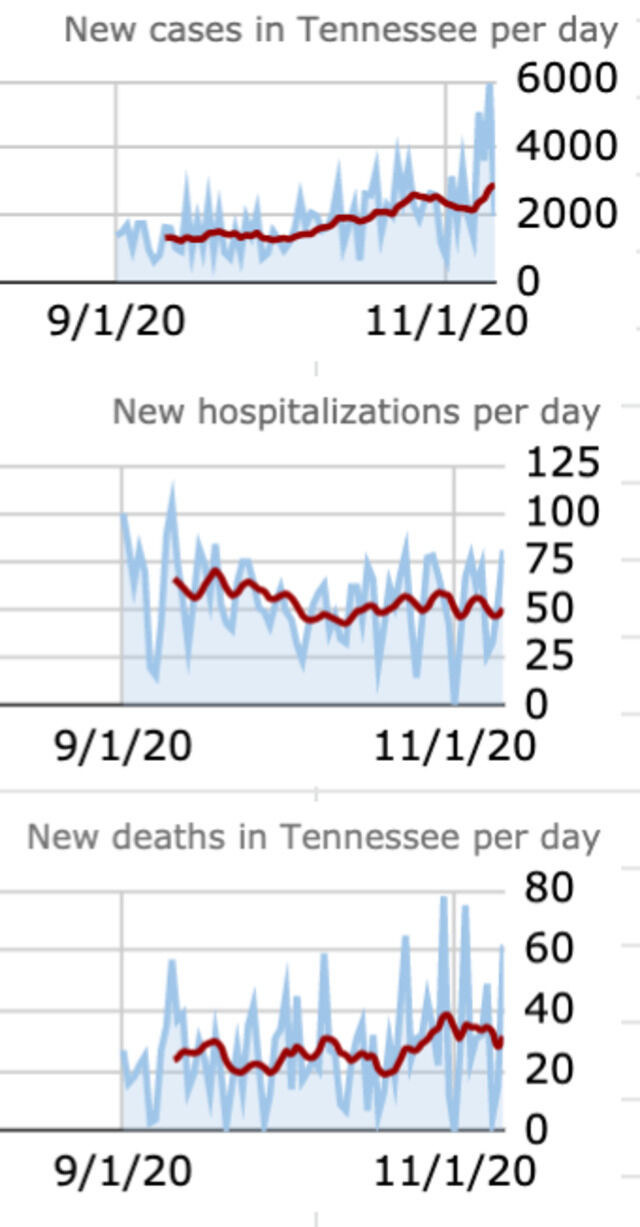 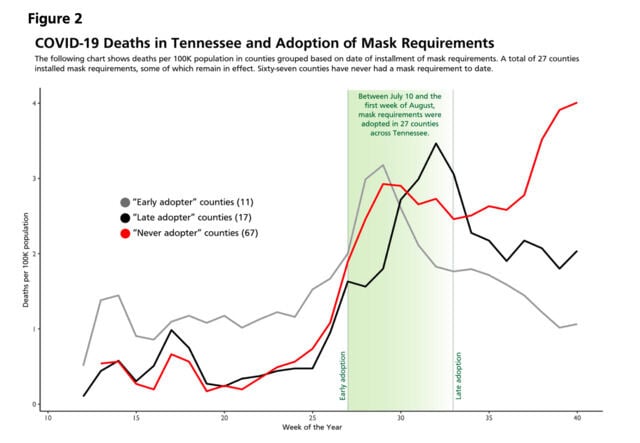 7,448 people have either recovered or had their cases deemed inactive, and 63 have now died. 96,194 negative tests have been conducted thus far.

Of the total number of cases, 10,813 people have been hospitalized and 3,672 have died — up 81 and 62, respectively, from the numbers 24 hours earlier. More than 3.9 million tests have been administered across the state.

The number of active cases in Tennessee has risen 13 percent in the past two weeks, with the state reporting 29,934 individuals currently infected with COVID on Tuesday.

The number of patients hospitalized with COVID in the state is at its highest point yet, with more than 1,634 people now being treated for the virus at 114 hospitals. Hospital admissions attributable to COVID have grown 23 percent in the past two weeks.

In terms of capacity, the state reports that 19 percent of inpatient beds and 12 percent of ICU beds remain available. Nearly 68 percent of the state's ventilator supply is still available.

Vanderbilt University Medical Center researchers on Tuesday released a report linking mask requirements to a decline in death rates across counties in Tennessee that implemented them.

According to the report, counties that in July had high transmission and death rates saw declines within weeks of implementing mandates. Counties without a mandate continued to experience higher death rates throughout the summer and into fall. In September, Gov. Bill Lee repealed all social and business restrictions for 60 percent of the population, accounting for almost all counties that do not have an existing mask order.

Presently, less than two-thirds of the state is subject to a mask requirement in their county, while nearly 37 percent of the population has never faced one. According to survey data, nearly 80 percent of Tennesseans report wearing a mask in public, but that usage does not transfer to private settings around friends and families where transmission is still likely to occur.

Researchers also note that counties with mask mandates — which typically serve urban areas — tend to abide by other public health protocols that include lower mobility and social distancing:

“Masking policies are a useful proxy or indicator for these complementary behaviors but it must be underscored that the observed relationships between hospitalizations, deaths, and mask requirements is about a set of behaviors, including but not limited to masking,” they wrote in the report.