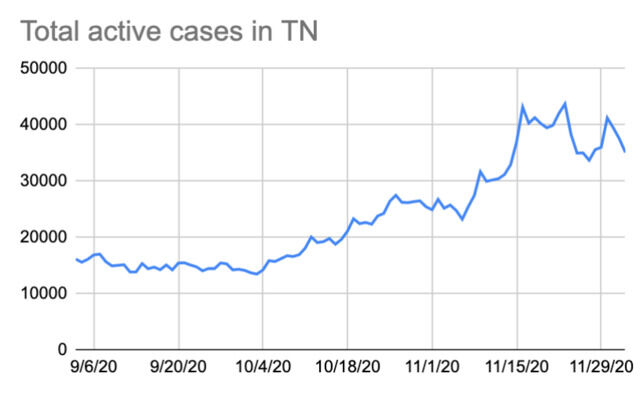 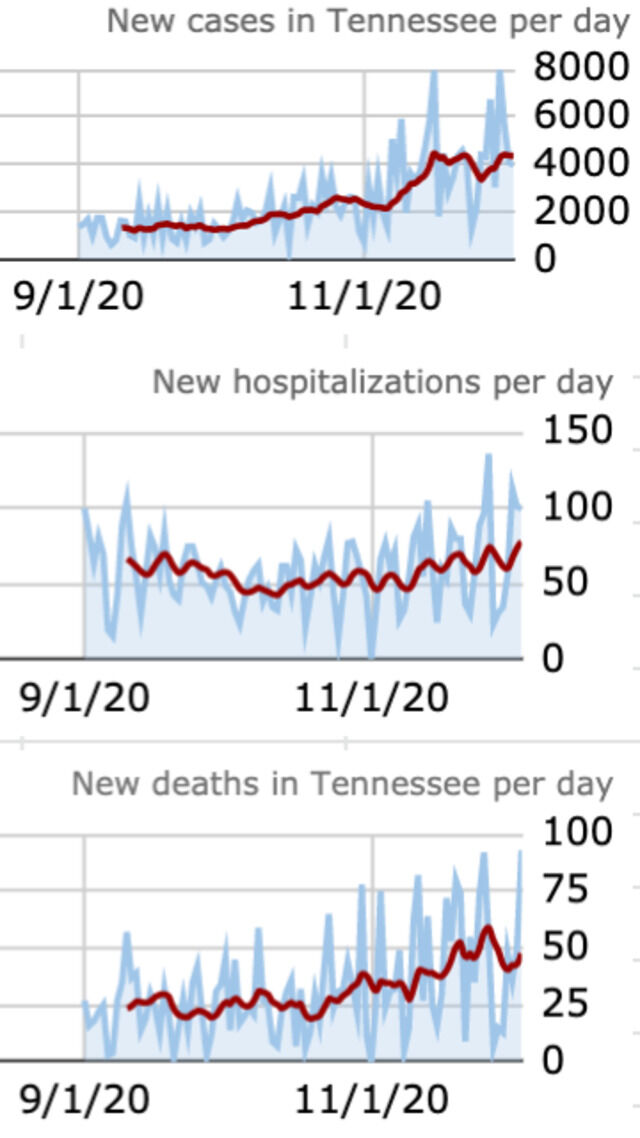 10,927 people in the county have either recovered or had their cases deemed inactive, while 86 people have now died of the virus.

Of the total number of cases, 4,781 people have died — up 93 from the numbers 24 hours earlier, a new single-day record.

The number of active cases in Tennessee has fluctuated during the past two weeks due to delayed reporting from the Thanksgiving holiday and backlogs at labs. On Thursday, the state said 35,059 individuals are currently infected with COVID.

The number of patients hospitalized with the disease in the state is at its highest point yet, with more than 2,478 people at 114 hospitals now being treated for a confirmed case of COVID. Hospital admissions attributable to the virus have risen 26 percent in the past two weeks.

In terms of capacity, the state reports that 13 percent of inpatient beds (1,455) and 8 percent of ICU beds (174) remain available. Nearly 71 percent of the state's ventilator supply is still available.

State expected to receive 56,000 doses of Pfizer vaccine this month

Tennessee is expected to receive approximately 56,000 doses of the COVID-19 vaccine developed by Pfizer by the end of the month, with plans to administer them to health care workers.

Nashville city officials on Thursday said state and federal officials have not told them how many doses they will receive. In Tennessee, 85 percent of the vaccine allocation will be based on county population.

Vanderbilt University Medical Center will reportedly be one of the first to receive a shipment of Pfizer vaccines, and the company launched a pilot logistics program across the state last month to test its hyper cold-weather transportation needs.

Moderna has also applied for an emergency use authorization from the federal government for its own vaccine candidate; its request will be considered on Dec. 17. It is unknown how many doses of that vaccine the state will receive.