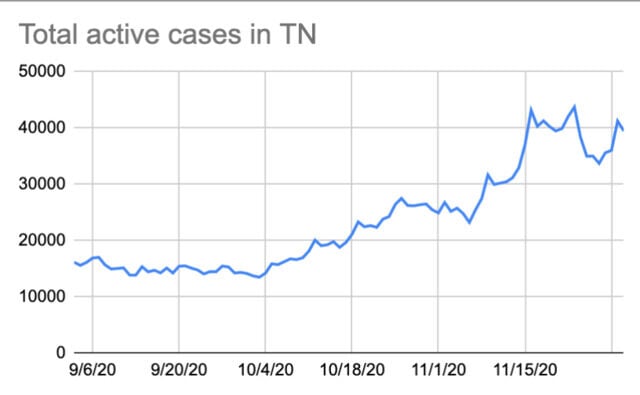 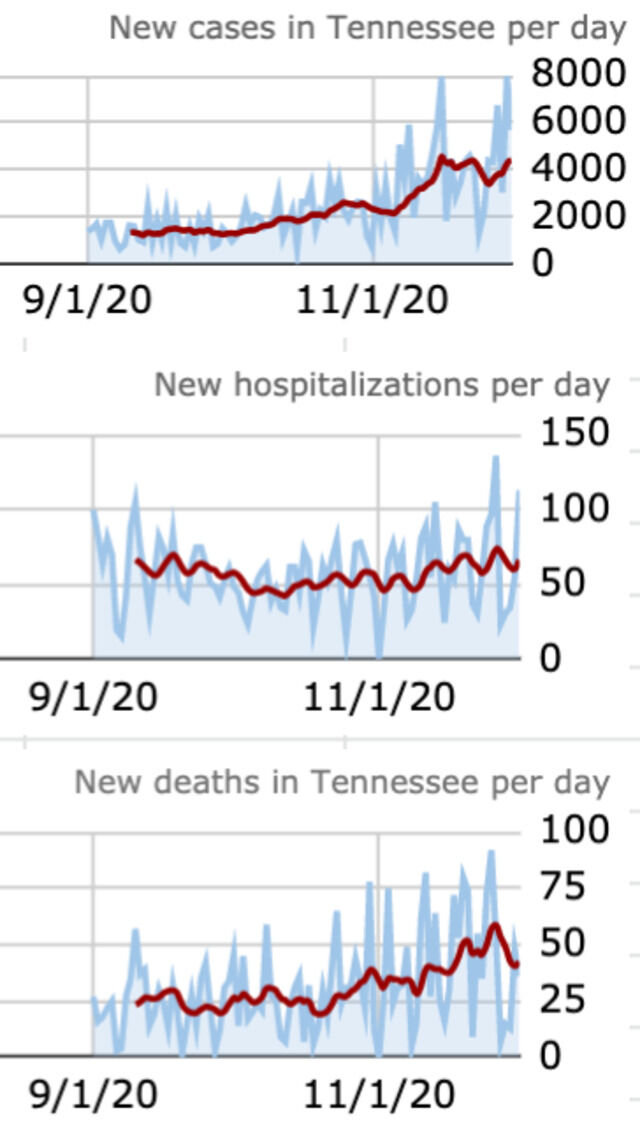 Williamson County saw a 157-case increase in its numbers Tuesday as part of the state's daily tally.

The new overall number in the county stands at 11,837 since the pandemic's start, with 1,273 of those cases considered active.

10,483 people in Williamson have either recovered or had their cases deemed inactive, and 81 people have now died. 114,016 negative tests have been conducted thus far.

The number of active cases in Tennessee has fluctuated in the past two weeks due to abnormal case reporting due to the holiday, with the state saying 39,417 individuals are currently infected with COVID.

The number of patients hospitalized with the disease in the state is at its highest point yet, with more than 2,329 people at 115 hospitals now being treated for a confirmed case of the virus. Hospital admissions attributable to COVID have risen 25 percent in the past two weeks.

In terms of capacity, the state reports that 14 percent of inpatient beds (1,665) and 9 percent of ICU beds (186) remain available. Nearly 71 percent of the state's ventilator supply is still available.