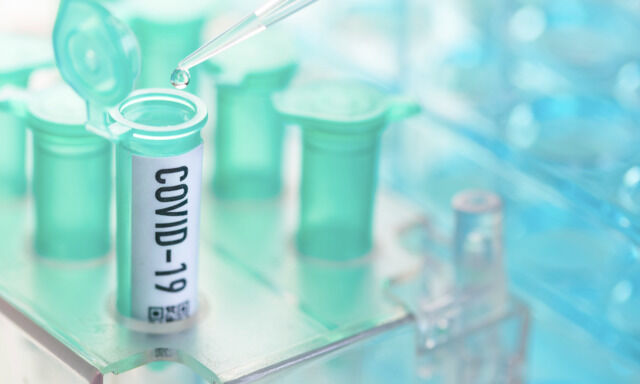 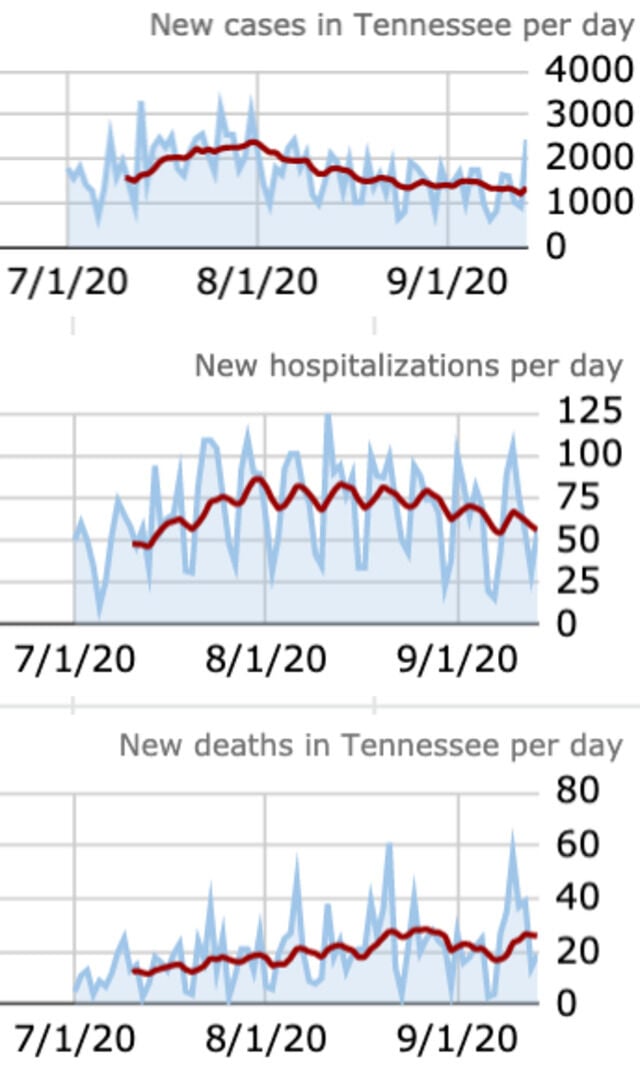 Williamson County saw a bevy of new COVID-19 cases over the weekend.

4,409 have either recovered or had their cases labeled as "inactive" by the state, and 35 people have died thus far. 58,529 negative tests have been processed thus far.

The Tennessee Department of Health has reported a total of 174,274 cases of COVID-19 across the state, up 2,450 cases since Sunday on 36,583 new test results. An additional 1,965 cases were reported over the weekend.

The number of tests reported on Monday was nearly double the average reported in a single day in the first two weeks of September. A spokesperson with the health department told the Nashville Post this was “due to catching up on some missing labs from partners.” It is unclear how many tests were impacted by these delays or for how long.

Of the total number of cases, 7,624 have been hospitalized and 2,097 have died — up 56 and 19, respectively, from the numbers 24 hours earlier. More than 2.4 million tests have been administered in the state.

As of Monday, the state reported 15,369 individuals are currently infected with COVID, a drop of 1,533 cases in the last week. The number of active cases in the state was cut in half at the beginning of September after the health department updated the way it calculates the metric.

The number of patients hospitalized with COVID-19 has fallen 23 percent from the figure of two weeks ago, with 703 people currently admitted across 94 facilities and making up less than 9 percent of all hospitalized patients statewide. Another 130 hospitalized individuals are awaiting test results.

In terms of capacity, the state reports that 19 percent of inpatient beds and 19 percent of ICU beds remain available. Nearly 70 percent of the state's ventilator supply — which was low in March until officials acquired about 1,000 more — is still available.