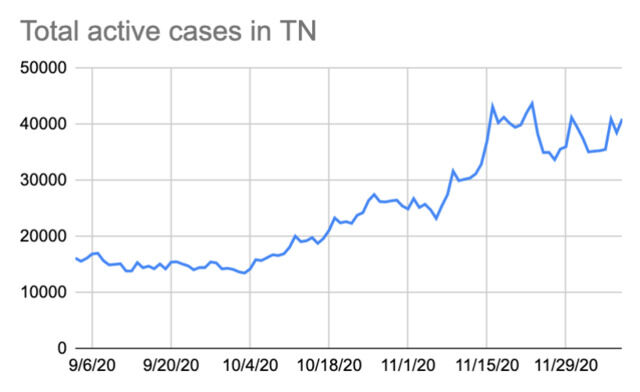 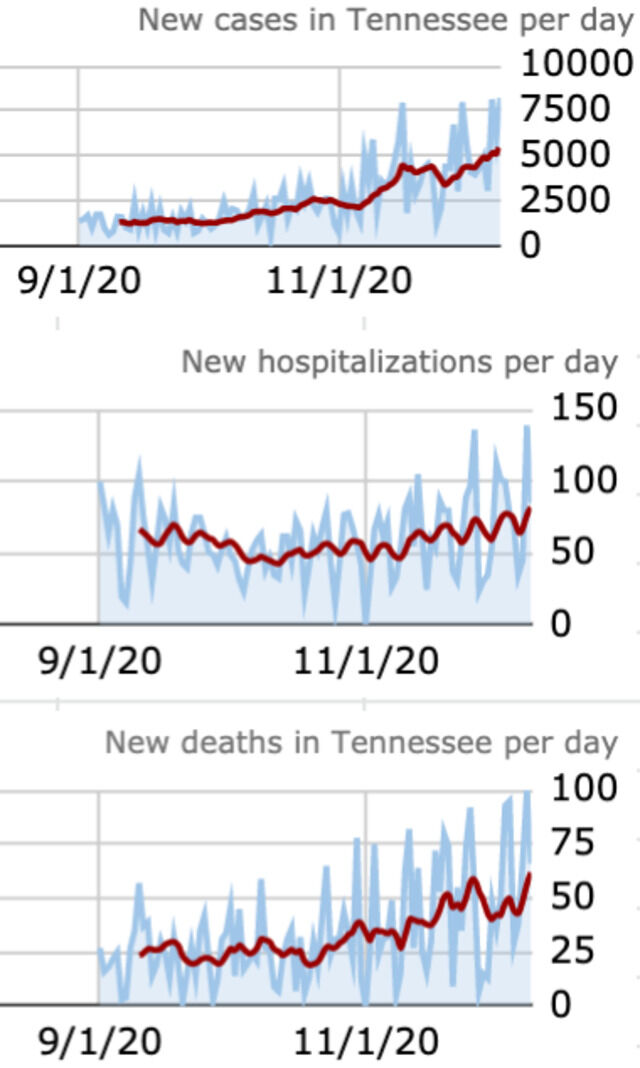 Williamson County is on the verge of crossing the 13,000-case threshold.

192 new cases on the state's report Wednesday put the county at 12,996 overall since the pandemic's start. 999 cases are considered active.

11,906 people in Williamson have either recovered or had their cases deemed inactive, and 91 have now died.

The number of active cases in Tennessee has fluctuated during the past two weeks due to delayed reporting from the Thanksgiving holiday and backlogs at labs. On Wednesday, officials said 40,940 individuals around the state are currently infected with COVID.

The number of patients hospitalized with the disease in the state is at its highest point yet, with more than 2,605 people at 114 hospitals now being treated for a confirmed case of COVID. Hospital admissions attributable to the virus have risen 19 percent in the past two weeks.

In terms of capacity, the state reports that 14 percent of inpatient beds (1,627) and 10 percent of ICU beds (206) remain available. Nearly 73 percent of the state's ventilator supply is still available.

Outbreaks of COVID in long-term care facilities account for more than a quarter of reported deaths in Tennessee, and infections among their residents continue to grow.

In the past two weeks, the number of residents infected with the virus has risen 20 percent to more than 10,882 cases since the start of the pandemic. Of those cases, the department of health has reported 1,392 deaths — 27 percent of the state's overall death toll. An additional 9,100 cases have been reported among nursing home workers, an 18 percent increase in two weeks.

More than 529 facilities have reported multiple cases of the virus since March, and as of Wednesday morning, 339 of them had active outbreaks in the last month.