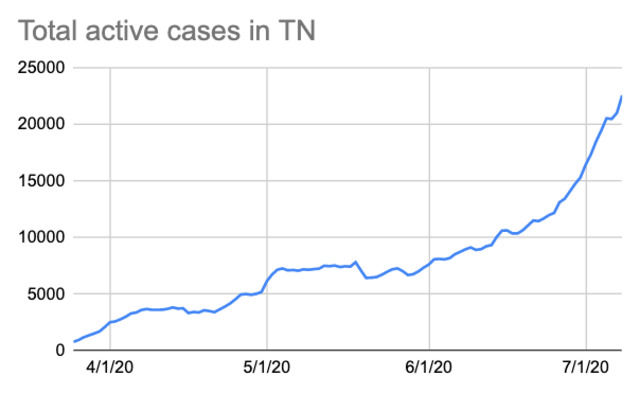 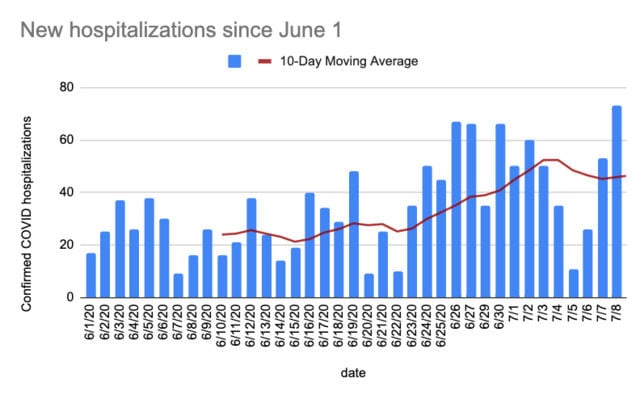 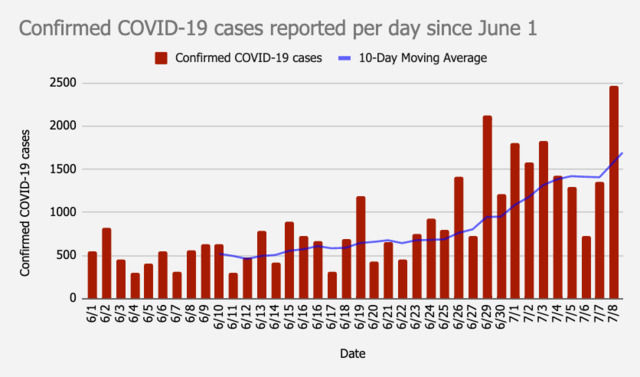 Williamson County cases continue to spike as July rolls on, with 95 new positive cases being recorded as of Wednesday by the state.

The county is at 1,515 positive cases overall, with 15 overall deaths and 21,211 negative tests conducted.

The Tennessee Department of Health has reported a total of 55,986 cases of COVID-19 across the state, up 2,472 cases since Tuesday from 29,739 test results — the largest number of cases and tests reported in a single day since the start of the pandemic.

The number of active cases in Tennessee has risen 88 percent in the past two weeks. On Wednesday, the state reported an all-time high of 22,565 residents currently infected with the virus.

The number of patients hospitalized with COVID-19 has risen more than 64 percent in the past two weeks with 782 people hospitalized throughout 105 facilities statewide. The virus makes up for about 5 percent of all hospitalizations statewide, according to the health department.

In terms of capacity, the state reports that 18 percent of inpatient beds and 20 percent of ICU beds remain available. Nearly 71 percent of the state's ventilator supply — which was low in March until officials acquired about 1,000 more — is still available.