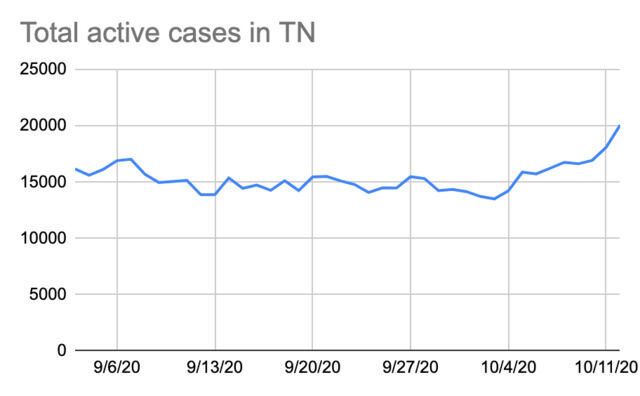 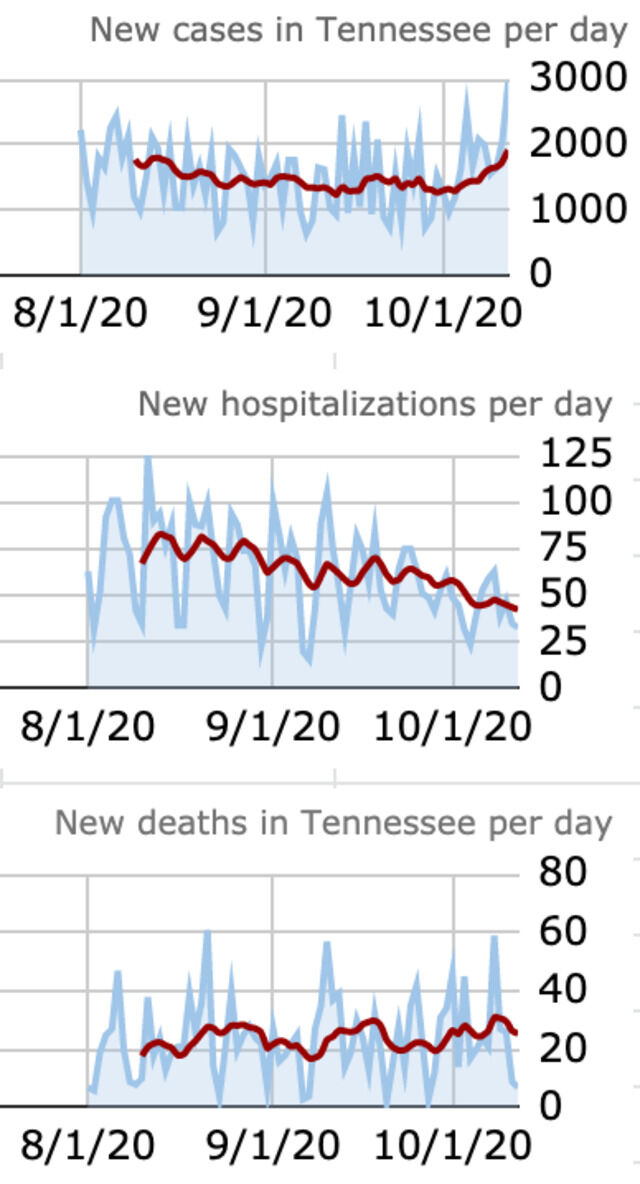 Williamson County saw a large number of COVID-19 cases come in over the weekend.

203 new positive tests puts the county's overall number at 6,113 since of the start of the pandemic, with 645 of those cases active.

5,422 people in the county have recovered or have had their cases labeled inactive so far, and 46 have now died, up two from last Friday. 76,867 negative tests have been processed thus far.

The Tennessee Department of Health has reported a total of 217,682 cases of COVID-19 across the state, up 2,965 cases since Sunday on 39,215 new test results — a 7.9 percent positivity rate. An additional 3,714 cases were reported over the weekend.

Of the total number of cases, 9,248 people have been hospitalized and 2,774 have died — up 33 and seven, respectively, from the numbers 24 hours earlier. More than 3.2 million tests have now been administered in the state.

The number of active cases in Tennessee has risen 31 percent from the number two weeks ago, with the state reporting 20,072 people currently infected with COVID-19.

The number of patients hospitalized with COVID across the state has risen more than 30 percent in the past two weeks, largely driven by the virus infecting older, more rural residents. The department of health reports nearly 846 people are currently being treated at 92 hospitals; they make up nearly 9 percent of total hospitalizations in the state. That number will increase as hospitals report new admissions data throughout the week.

In terms of capacity, the state reports that 19 percent of inpatient beds and 18 percent of ICU beds remain available. Nearly 70 percent of the state's ventilator supply — which was low in March until officials acquired about 1,000 more — is still available.