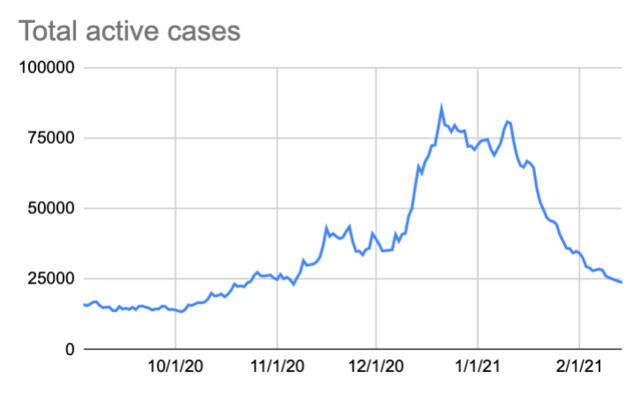 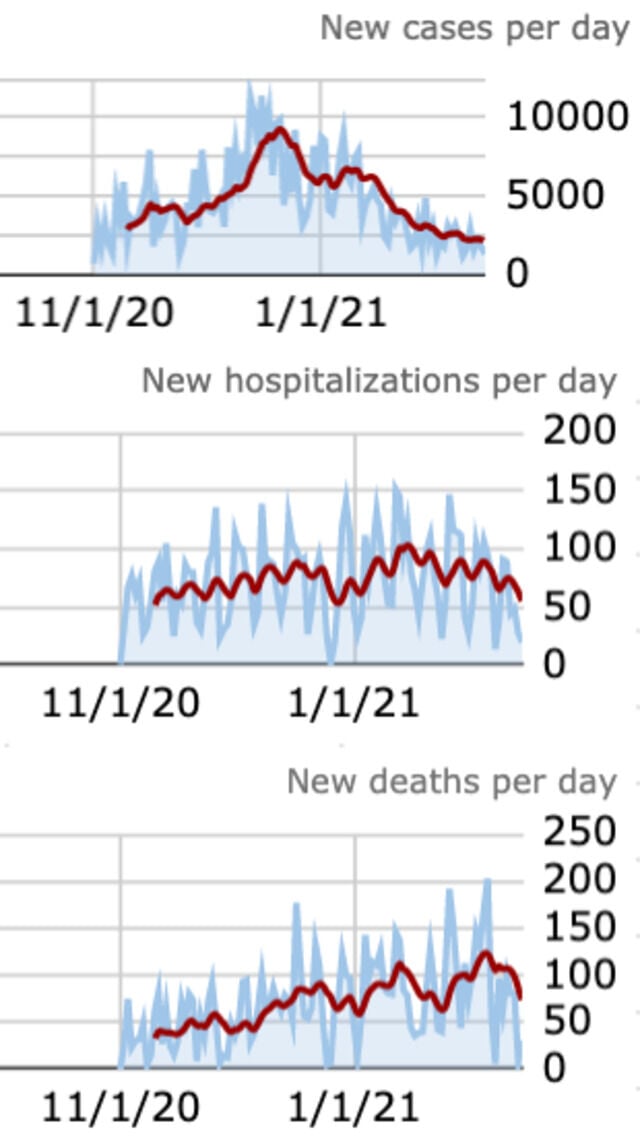 On what's proven to be a wintery Monday, Williamson County saw 258 new COVID-19 cases reported over the weekend.

24,549 cases is the new overall tally for the county since the pandemic's start, with 1,107 of those cases active.

23,244 people in the county have either recovered or had their cases deemed inactive, while 198 people have now died.

The Tennessee Department of Health has reported a total of 757,418 cases of COVID-19 across the state, up 5,385 cases since Thursday on 59,515 new test results — an average 9 percent positivity rate.

The number of active cases has fallen 32 percent during the past two weeks. On Sunday, state health officials reported that 23,887 individuals are currently infected with COVID-19.

The number of patients hospitalized within the state has fallen 29 percent in two weeks, with 1,091 people at 114 hospitals now being treated for confirmed cases.

In terms of capacity, the state reports that 20 percent of inpatient beds (2,310) and 15 percent of ICU beds (307) remain available. Nearly 78 percent of the state's ventilator supply is still available.