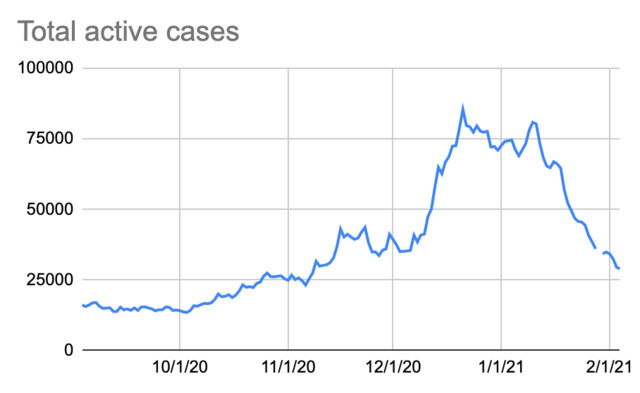 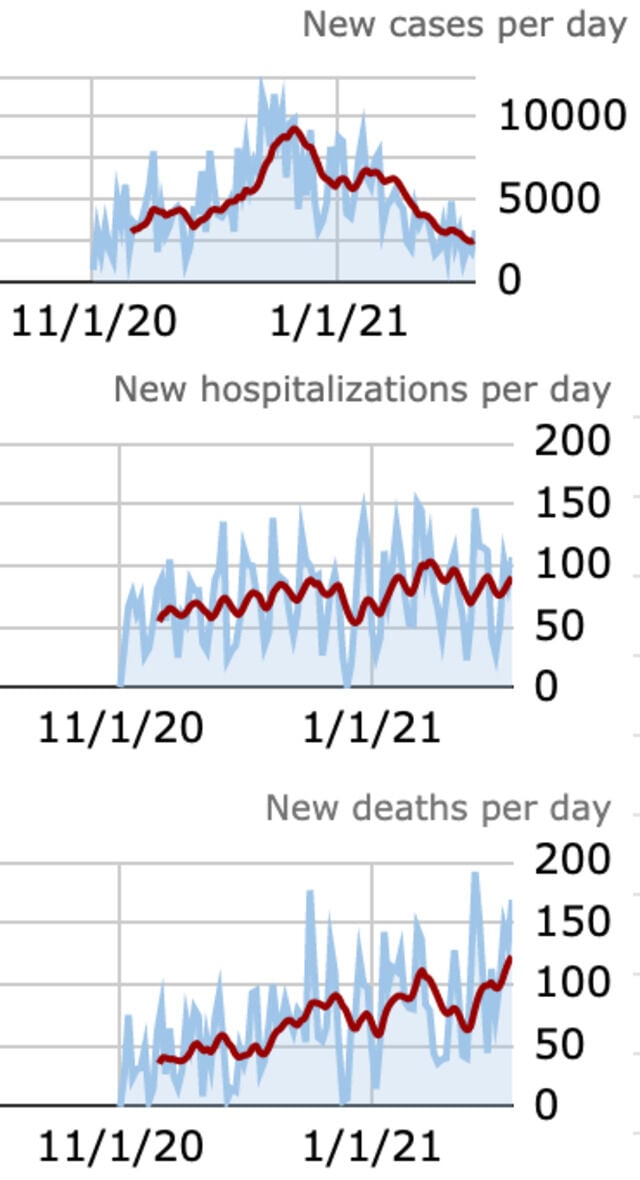 Williamson County has reported 259 new cases of COVID-19 since Wednesday.

The overall total on Friday for the county now stands at 23,509 since the pandemic's start nearly a year ago.

1.265 cases have been labeled as active.

22,061 people in Williamson have either recovered or had their cases deemed inactive, while 183 people have now died. That's up six from Wednesday.

The number of active cases has fallen 40 percent in the past two weeks. On Wednesday, state health officials reported that 29,058 individuals are currently infected with COVID-19.

The number of patients hospitalized within the state has fallen 40 percent in two weeks, with 1,421 people at 114 hospitals now being treated for a confirmed case.

In terms of capacity, the state reports that 16 percent of inpatient beds (1,884) and 13 percent of ICU beds (262) remain available. Nearly 76 percent of the state's ventilator supply is still available.