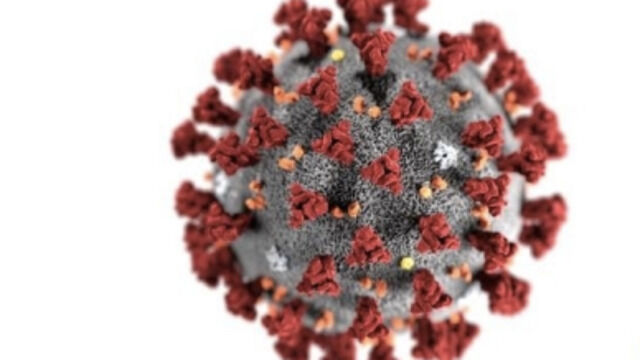 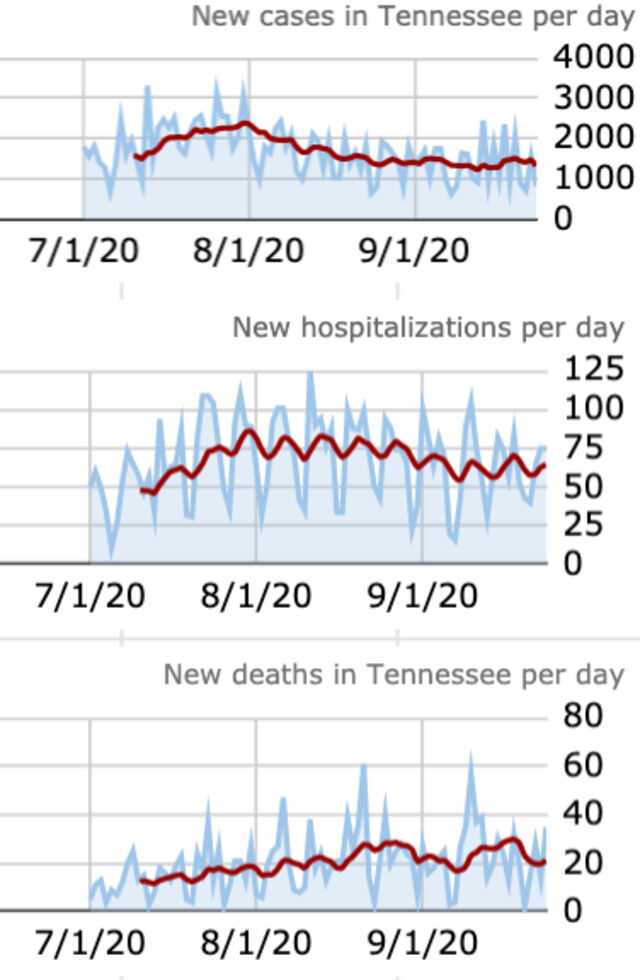 The county has seen 5,165 cases since the pandemic's start, with 316 of those cases active. 4,813 people in WillCo have either recovered or are inactive by the state's standards, and 36 have died thus far.

The county has conducted 63,639 negative tests so far.

The Tennessee Department of Health has reported a total of 187,544 cases of COVID-19 across the state, up 835 cases since Wednesday on 15,920 new test results — a 5.8 percent positivity rate.

Of the total number of cases, 8,413 have been hospitalized and 2,310 have died — up 75 and 35, respectively, from the numbers 24 hours earlier. More than 2.7 million tests have been administered in the state.

The number of patients hospitalized with COVID across the state has also plateaued after coming down from a peak of 1,200 in August. Nearly 708 people are now being treated at 96 hospitals for the virus; they make up less than 9 percent of total hospitalizations.

In terms of capacity, the state reports that 16 percent of inpatient beds and 18 percent of ICU beds remain available. Nearly 65 percent of the state's ventilator supply — which was low in March until officials acquired about 1,000 more — is still available.

United Way of Greater Nashville has distributed more than $5 million in state and federal aid to local nonprofits supporting families struggling with rent, mortgage and utility payments, the organization announced on Thursday.

Mayor John Cooper named United Way a grant administrator for $10 million in state and federal COVID-19 relief funding in July. The organization also oversees the city’s local relief fund that was launched in March. That fund had been depleted by mid-July after distributing more than $5 million in donations to local nonprofits. They continue to accept donations.

“The need is great, and we know it will continue to grow well into the future,” Brian Hassett, president and CEO of United Way of Greater Nashville, said in a press release. “We are working closely with an allocations committee, The Equity Alliance and community partners to ensure that funding is going to our neighbors who need it most. It’s critical that we are vigilant in our outreach so that minority and underserved communities know that help is available — and that they are not alone.”

The Centers for Disease Control and Prevention issued a moratorium on residential evictions through the end of the year at the beginning of September, but the order has largely reigned chaos within Nashville's eviction court.