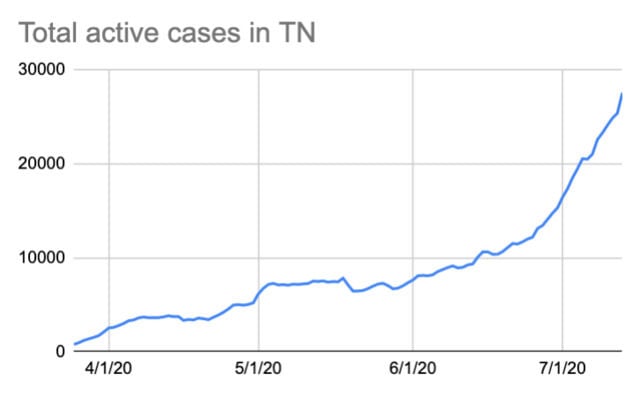 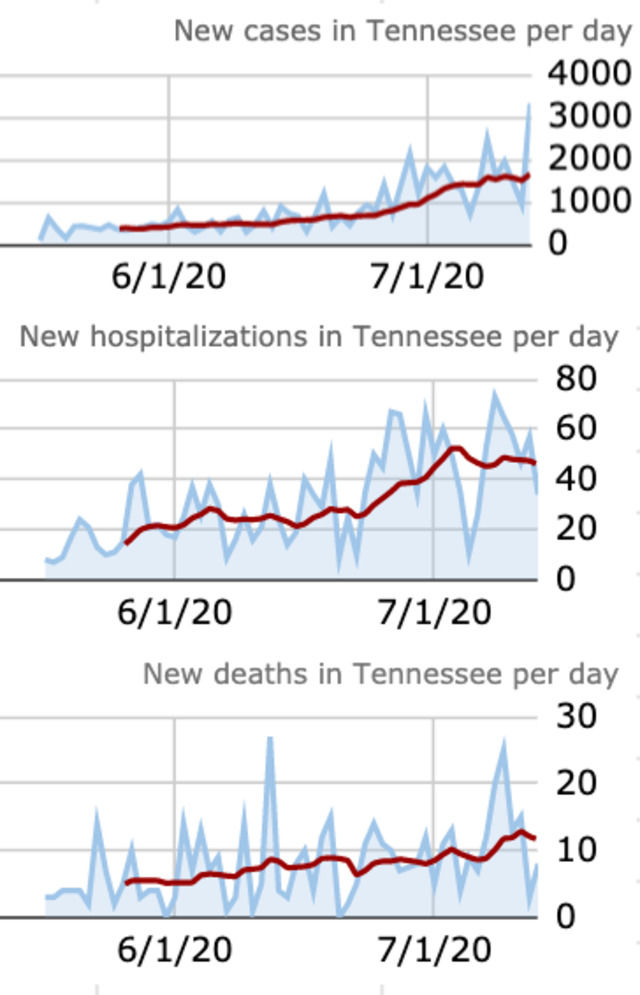 Williamson County has seen a new record in a single-day reporting of positive COVID-19 cases.

The Tennessee Department of Health shared Monday that 269 new positive cases have been found in the county from the weekend's tally, up to 1,939 from Friday's count of 1,670.

16 county residents have died, and 25,395 negative tests have been processed thus far.

More than 35,926 test results were reported in the same time frame, the state’s highest ever as testing across the country continues to accelerate.

The number of active cases in Tennessee has risen 80 percent in the past two weeks. On Monday, the state reported an all-time high of 27,529 residents currently infected with the virus.

The number of patients hospitalized with COVID-19 has risen more than 52 percent in the past two weeks with 802 people hospitalized throughout 98 facilities statewide. Those figures are down from 842 hospitalizations across 107 facilities reported last Thursday.

In terms of capacity, the state reports that 23 percent of inpatient beds and 20 percent of ICU beds remain available. Nearly 70 percent of the state's ventilator supply — which was low in March until officials acquired about 1,000 more — is still available.

New data released by Vanderbilt University Medical Center shows hospitalizations related to COVID-19 have increased across almost every region in the state in the past week.

“Increases in hospitalizations are a lagging indicator that there is widespread transmission in the community and thus a potential trigger to make decisions about intervention. Importantly, hospitalizations come after new cases are reported, and will continue to increase for a period even after public health measures are in place, so the decision to intervene should occur before stress on health care capacity becomes critical,” VUMC researchers concluded.