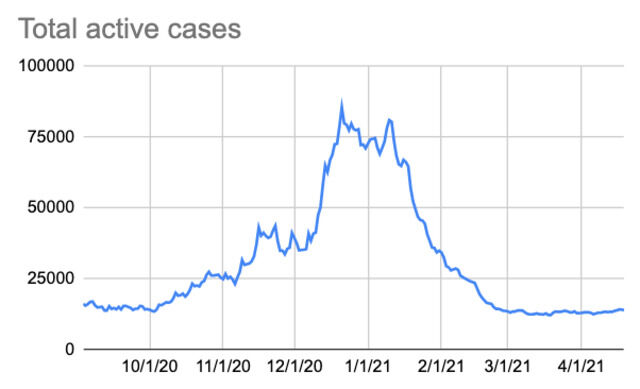 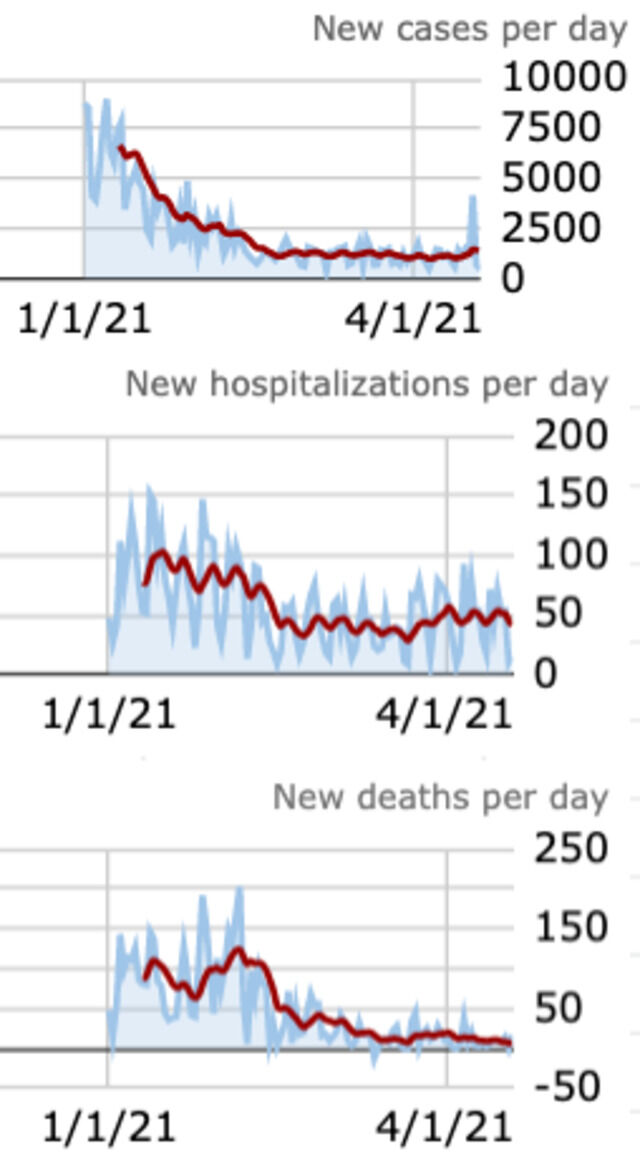 Williamson County has 486 active cases of COVID-19 as of Tuesday.

The overall case count for the county since the pandemic's start in March 2020 now stands at 27,569.

26,867 people in Williamson have either recovered or had their cases deemed inactive, while 216 have now died.

The Tennessee Department of Health has now reported a total of 835,842 cases of COVID-19 across the state, up 470 cases on Monday from 8,149 new test results — a 9 percent positivity rate.

The number of active cases has increased slightly in the past two weeks, with state health officials reporting that 13,988 individuals are currently infected with COVID.

The number of patients hospitalized within the state has also increased slightly, with 874 people now being treated for illness caused by the virus. In terms of capacity, the state reports that 15 percent of inpatient beds and 11 percent of ICU beds remain available. Nearly 79 percent of the state's ventilator supply is still available.

So far, 1,474,121 Tennessee residents have been fully immunized against COVID, which amounts to 21.6 percent of the state's total population of about 6,830,000. More than 299,000 doses of vaccine were administered during the past week, with the entire state having opened eligibility to residents 16 years and older.

A total of 3,630,830 doses have been administered across the state.

The Music City Center is now accepting walk-ins to receive the COVID-19 vaccine.

Nashville’s Metro Public Health Department has set aside 500 walk-in vaccine appointments each day in the downtown convention center as city officials rush to vaccinate 50 percent of residents by May.

Walk-ins are available to anyone 16 years and older from 9 a.m. to 3 p.m. on a first-come-first-served basis.

The Centers for Disease Control and Prevention has granted Tennessee $4.7 million to help detect and track emerging COVID-19 variants.

The funding is part of a larger $1.7 billion investment from the American Rescue Plan meant to help scale the country’s genomic sequencing efforts to study mutations of the novel coronavirus. The funding will also support six Centers of Excellence in Genomic Epidemiology and a National Bioinformatics Infrastructure.

The first round of funding for Tennessee will be distributed in early may, with a second round set to be invested over the next several years.