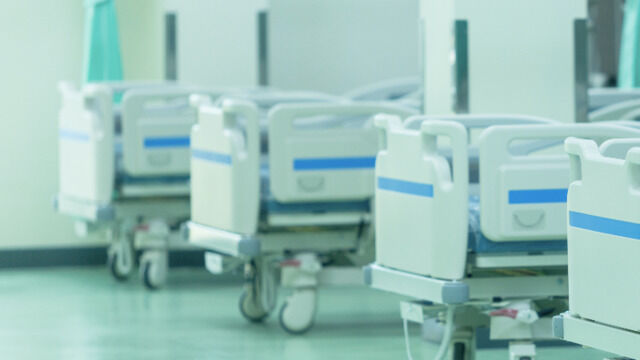 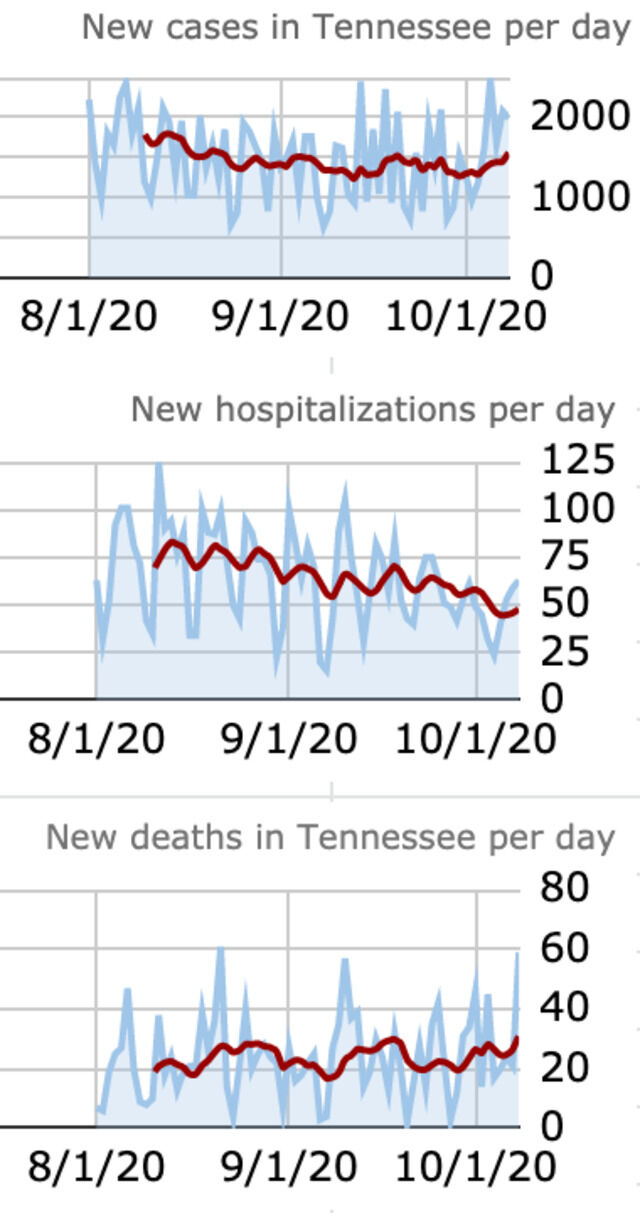 The overall count now stands at 5,833, with 525 of those cases considered active.

5,266 people in the county have either recovered or have had their cases considered inactive, and 42 have now died of the virus. 72,952 negative tests have been conducted thus far.

Of the total number of cases, 9,094 people have been hospitalized and 2,705 have died — up 59 and 63, respectively, from the numbers 24 hours earlier. More than 3 million tests have now been administered in the state.

The number of active cases in Tennessee has risen 19 percent from the number two weeks ago, with the state reporting 16,752 people currently infected with COVID-19.

The number of patients hospitalized with COVID-19 across the state has risen 24 percent in the past two weeks, largely driven by the virus infecting older, more rural residents. Nearly 973 people are currently being treated at 106 hospitals; they make up nearly 9 percent of total hospitalizations in the state.

In terms of capacity, the state reports that 16 percent of inpatient beds and 14 percent of ICU beds remain available. Nearly 69 percent of the state's ventilator supply — which was low in March until officials acquired about 1,000 more — is still available.

Between Sept. 4 and Oct. 7, the number of nursing home residents infected with the virus increased 53 percent from 3,270 to 5,018. The number of deaths among residents subsequently increased by 56 percent from 463 to 721, according to data from the state health department.

The number of staff members infected with the virus increased 51 percent last month, with more than 4,500 cases among employees since the start of the pandemic.

Across the state, 437 facilities have reported more than one case of COVID-19 in residents or staff since the beginning of the pandemic, including 44 reporting cases for the first time in September.

A total of 721 long-term care facility residents have died from the virus since the start of the pandemic. They make up more than one-fourth of all deaths in the state.

Last week, new state policies allowing visitors in long-term care facilities that have not reported a new case of COVID-19 within two weeks went into effect.