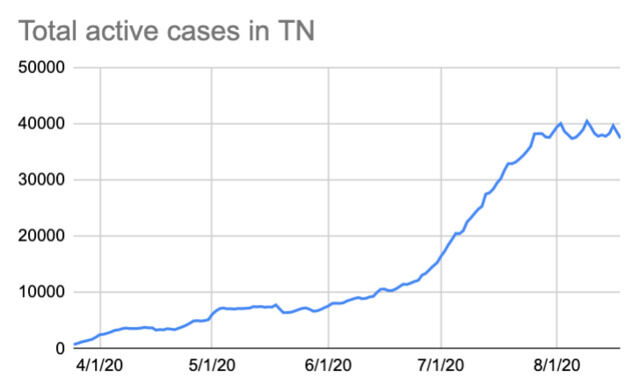 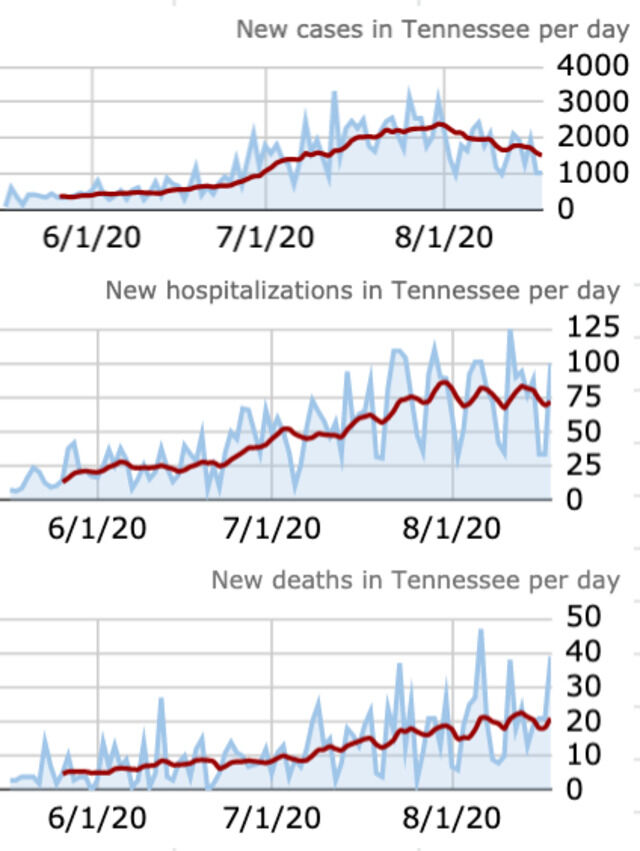 Williamson County saw another group of cases come in for Tuesday's report.

A 27th death has been recorded, and 45,343 negative tests have been processed thus far.

The number of active cases in Tennessee has remained relatively flat in the past two weeks, perhaps signaling a slowing of the virus’ spread — albeit with fewer tests being reported per week and a positivity rate that has remained constant around 9 percent. On Tuesday, the state reported 37,456 residents are currently infected with COVID-19.

The number of patients hospitalized with COVID-19 has decreased slightly from the figure two weeks ago, with 1,022 people currently hospitalized throughout 105 facilities and making up about 11 percent of all hospitalizations statewide. Another 209 hospitalized individuals are awaiting test results.

In terms of capacity, the state reports that 19 percent of inpatient beds and 17 percent of ICU beds remain available. Nearly 66 percent of the state's ventilator supply — which was low in March until officials acquired about 1,000 more — is still available.

“The COVID-19 pandemic has disrupted healthcare systems, damaged families and communities, and caused significant socio-economic impacts. We now have an opportunity to fight back and return to normalcy with help from a vaccine. Healthy Nashvillians can contribute by volunteering to participate in a clinical trial,” Linda Schipani, CEO of Clinical Research Associates, said in a press release.

The study will last for two years starting in mid-August. Volunteer patients will be administered an initial dose of the potential vaccine or a placebo shot. Once the patient receives an initial dose, they will be trained to track their own progress and symptoms, and will report back to researchers on multiple occasions throughout the course of the study.

CRA has conducted multiple vaccine trials in its 30-year history, including trials for influenza, shingles, Ebola and pneumonia, according to a press release. The firm in total has conducted more than 650 clinical trials and contributed to the FDA approval of more than 150 medicines.