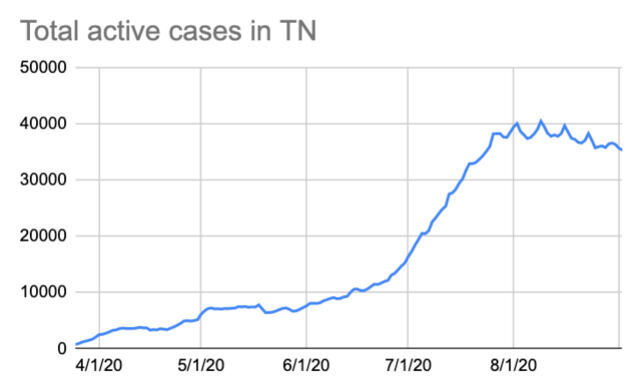 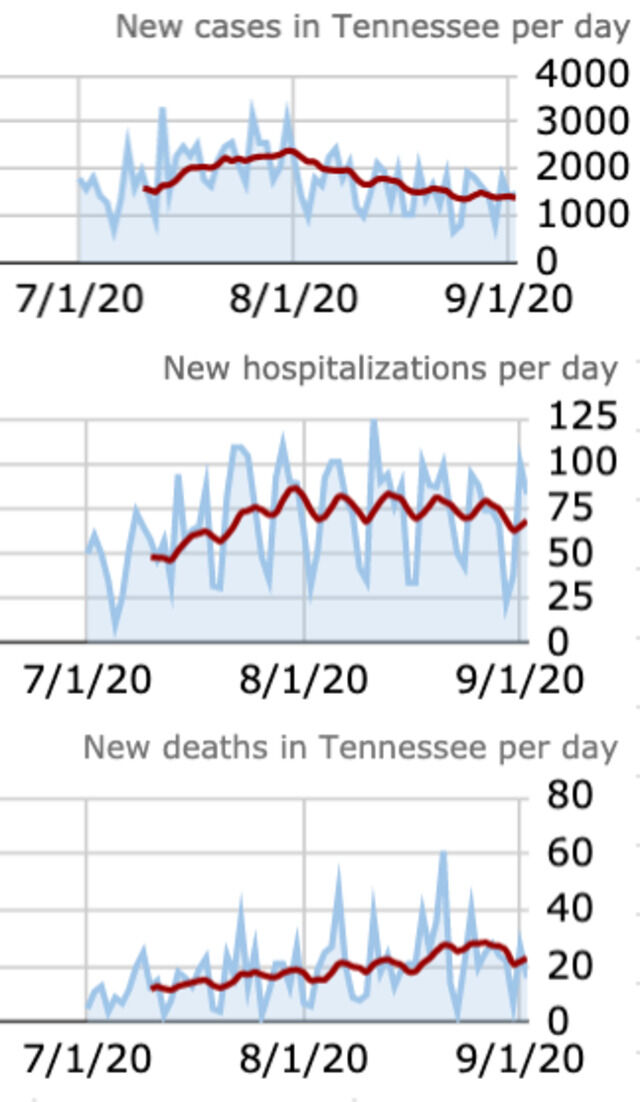 The number of active cases in Tennessee continues to incrementally decline, falling nearly 5 percent in two weeks. On Wednesday, the state reported 35,359 residents are currently infected with COVID-19.

The number of patients hospitalized with COVID has fallen nearly 10 percent from the figure two weeks ago, with the state reporting 917 people currently hospitalized across 106 facilities and making up about 10 percent of all hospitalizations statewide. In the past four days, hospitalizations have started to trend upward but are still down from the 1,200-patient peak in July.  Another 170 hospitalized individuals are awaiting test results.

In terms of capacity, the state reports that 18 percent of inpatient beds and 17 percent of ICU beds remain available. Nearly 69 percent of the state's ventilator supply — which was low in March until officials acquired about 1,000 more — is still available.

Two Nashville-based lab companies have received grants from the National Institute of Health to scale up testing throughput and turnaround for COVID-19.

PathGroup and Aegis Sciences were among the nine companies chosen to receive the latest round of funding from the federal government through RADx Advanced Technology Platforms, an initiative that seeks to increase testing capacity through investing in existing technologies given emergency FDA authorization and establishing regional testing hubs. The total budget for the program is $230 million and will be rewarded on a rolling basis for the next two years.

The additional funding — which is estimated to have been about $14 million per company — will increase PathGroup’s testing throughput eightfold. After partnering with ThermoFisher, LGC and Illumina to improve operations, PathGroup leadership say they will be able to process 80,000 COVID-19 tests per day by December. Their labs use Roche 6800 and Hologic Panther in-lab processing instruments that have been granted emergency use authorization by the FDA.