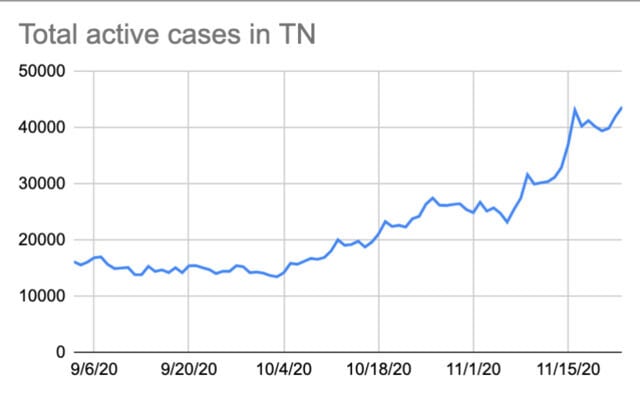 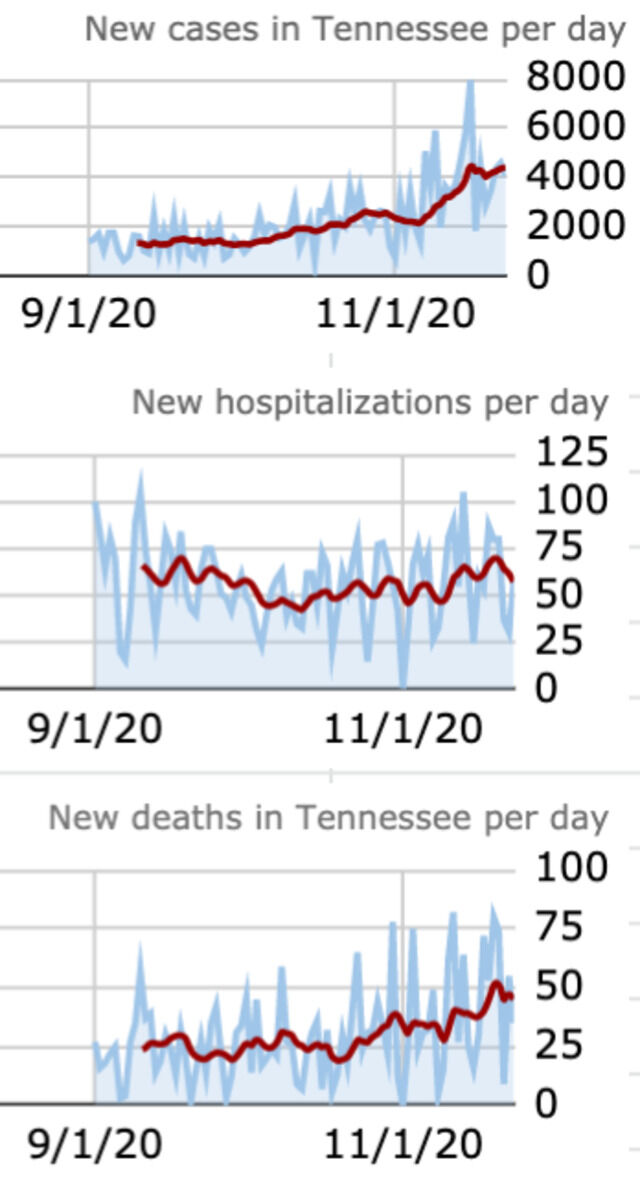 10,664 is the new overall number of cases for the county since the pandemic's start, with 1,537 of those cases currently active.

9,054 people have either recovered or had their cases labeled as inactive as of Monday, while 73 have died. 106,824 negative tests have been conducted thus far.

The number of active cases in Tennessee has risen 38 percent in the past two weeks, with the state saying 43,657 individuals are now infected with COVID.

The number of patients hospitalized with the disease in the state is at its highest point yet, with more than 2,091 people now being treated for a confirmed case of the virus at 115 hospitals. Hospital admissions attributable to COVID have risen 28 percent in the past two weeks.

In terms of capacity, the state reports that 19 percent of inpatient beds and 12 percent of ICU beds remain available. Nearly 74 percent of the state's ventilator supply is still available.

Outbreaks of COVID-19 in long-term care facilities account for more than a quarter of reported deaths in Tennessee, and infections among their residents continue to grow.

In the past month, the number of residents infected with the virus has increased 55 percent to more than 9,134 cases since the start of the pandemic. Of those cases, the department of health has reported 1,195 deaths — 28 percent of the overall death toll in the state. An additional 7,825 cases have been reported in nursing home staff.

More than 500 facilities have reported multiple cases of the virus since March. As of Monday morning, 297 of them had active outbreaks in the last month.

NHC HealthCare in Johnson City has reported one of the worst outbreaks in the state with 93 cases (among 139 residents) and 21 deaths. In few instances, including Ridgeview Terrace of Life Care in Rutledge and Perry County Nursing Home in Linden, nearly all of the residents have been infected.