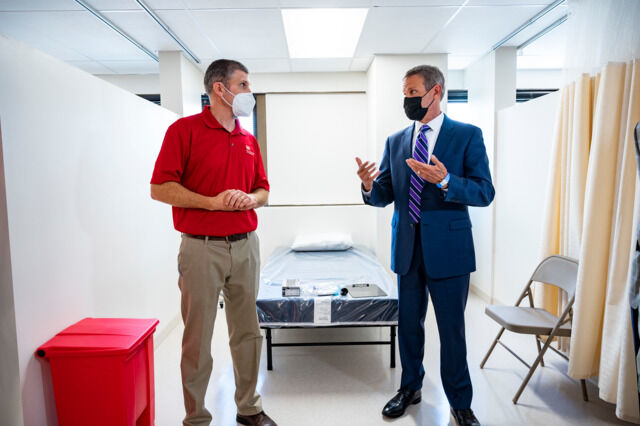 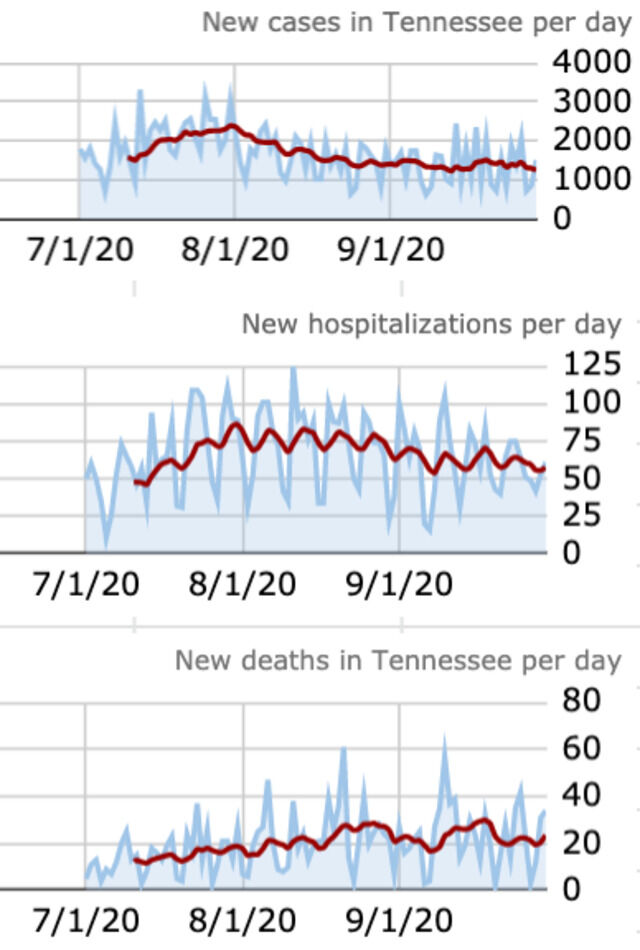 Williamson County had 57 pop up on Wednesday's tally of positive COVID-19 cases.

The overall number since the pandemic's start in the county now stands at 5,423, with 376 of those cases active.

5,011 residents have either recovered or been deemed inactive by the state, while 36 have died thus far. 67,404 negative tests have been processed so far.

Of the total number of cases, 8,733 have been hospitalized and 2,454 have died — up 61 and 34, respectively, from the numbers 24 hours earlier. More than 2.8 million tests have been administered in the state.

The number of patients hospitalized with COVID across the state has also plateaued after coming down from a peak of 1,200 in August. Nearly 806 people are now being treated at 107 hospitals for the virus; they make up less than 8 percent of total hospitalizations.

In terms of capacity, the state reports that 16 percent of inpatient beds and 16 percent of ICU beds remain available. Nearly 71 percent of the state's ventilator supply — which was low in March until officials acquired about 1,000 more — is still available.

Gov. Bill Lee on Tuesday announced the state would receive 2 million rapid test kits by the end of the year, with nursing homes and schools expected to be the first to receive them.

Tennessee is scheduled to receive 133,000 of that allotment in the next week. The tests are being manufactured by Abbott Laboratories and are marketed to be able to identify COVID-19 within 15 minutes. The equipment costs only $5 a test — compared to the $100 per test the state is funding now.

Abbott said it will be able to ship “tens of millions” of tests across the country in September, with a goal of ramping up production to 50 million tests per month by October.

Lee said his administration over the next several days will work on a plan to distribute the tests.