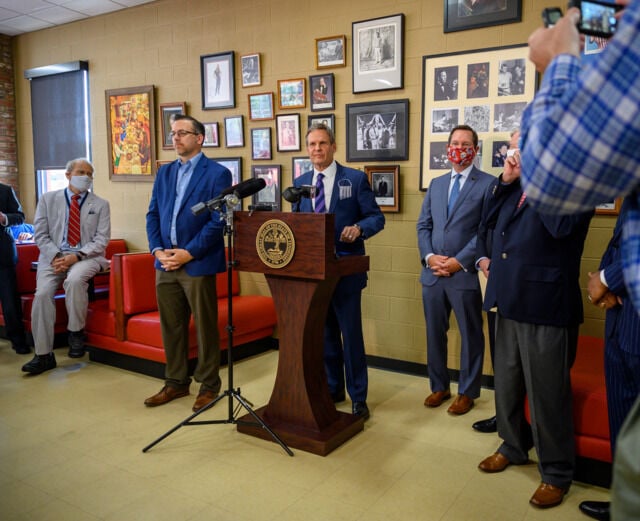 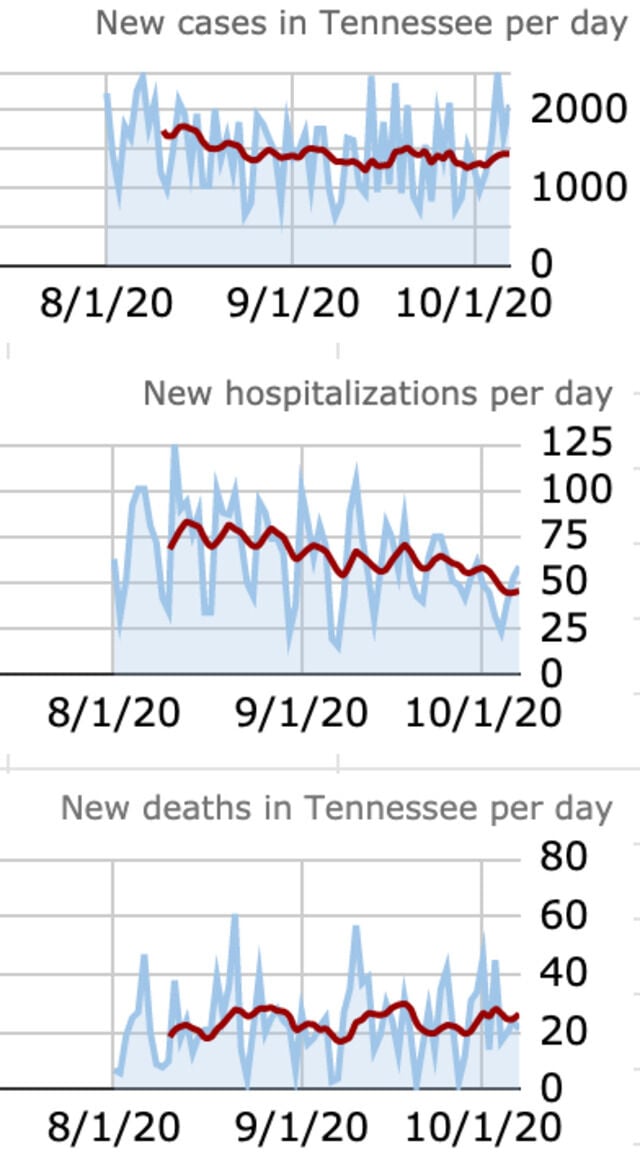 5,798 is the new official number for cases in the county since the pandemic started, with 542 of those cases active.

5,215 people in Williamson have now either recovered or had their cases deemed inactive by the state, and a 41st person was recorded to the death toll. 72,232 negative tests have been conducted thus far.

Of the total number of cases, 9,035 people have been hospitalized and 2,642 have died — up 59 and 21, respectively, from the numbers 24 hours earlier. More than 3 million tests have now been administered in the state.

The number of active cases in Tennessee has risen 10 percent in the past two weeks, with the state reporting 16,237 people currently infected with COVID-19.

The number of patients hospitalized with COVID across the state has risen 22 percent in the past two weeks, largely driven by the virus infecting older, more rural residents. Nearly 971 people are currently being treated at 106 hospitals; they make up nearly 9 percent of total hospitalizations in the state.

In terms of capacity, the state reports that 16 percent of inpatient beds and 14 percent of ICU beds remain available. Nearly 70 percent of the state's ventilator supply — which was low in March until officials acquired about 1,000 more — is still available.

The Supplemental Employer Recovery Grant initiative will reimburse up to $30,000 in payroll and mortgage expenses incurred between May 1 and Aug. 31 as well as costs related to providing personal protective equipment to employees and customers, creating social distancing measures or installing contactless equipment. The state is reserving 10 percent of the fund for eligible businesses owned by minorities, women or persons with a disability.

“Small businesses are the backbone of our economy and supporting them through these difficult times has been one of the core missions of the Financial Stimulus Accountability Group,” Lee said in a release. “The SERG program will provide further relief to small businesses, especially those who may not have been able to access previous federal and state relief funds.”