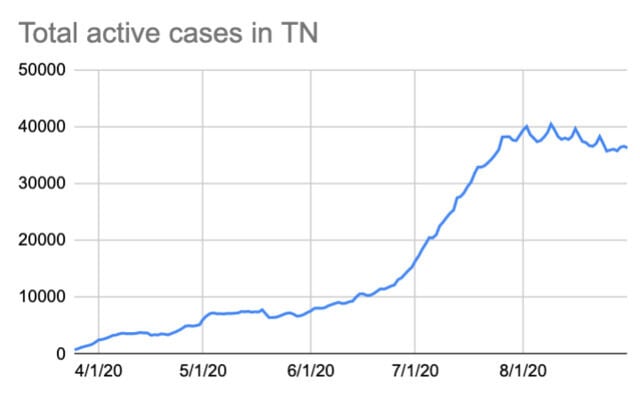 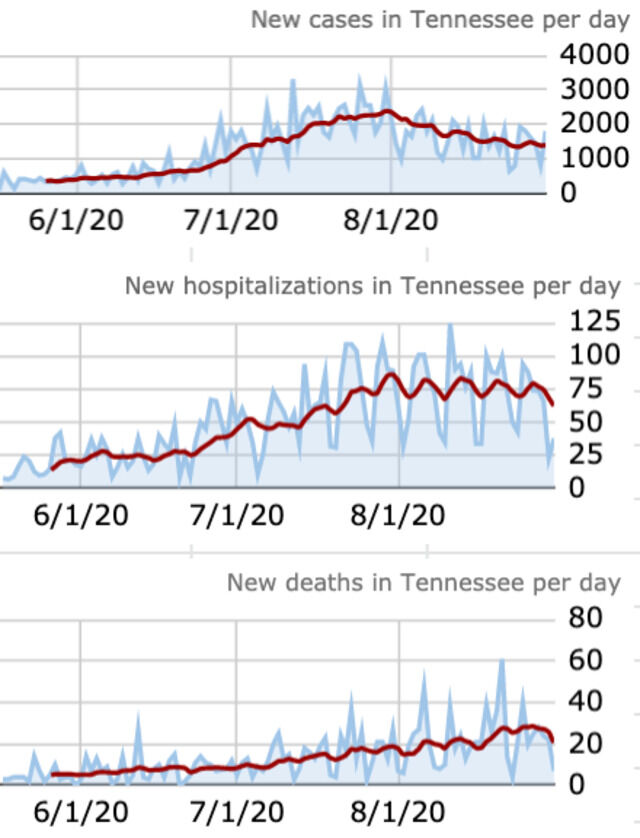 4,369 is the updated number for overall cases in the county's history with the virus, with 1,085 of those cases active.

3,256 people have recovered in Williamson, and a 28th death was added to the overall number of fatalities over the weekend.

52,105 negative tests have been processed so far.

The Tennessee Department of Health has reported a total of 150,815 cases of COVID-19 across the state, up 1,818 cases since Sunday on 11,952 new test results. The state confirmed an additional 2,300 cases over the weekend.

The number of active cases in Tennessee continues to incrementally decline, falling nearly 6 percent in two weeks. On Monday, the state reported 36,315 residents are currently infected with COVID-19.

The number of patients hospitalized with COVID has fallen nearly 25 percent from the figure two weeks ago, with the state reporting 784 people currently hospitalized across 94 facilities and making up about 10 percent of all hospitalizations statewide. Another 126 hospitalized individuals are awaiting test results.

In terms of capacity, the state reports that 21 percent of inpatient beds and 17 percent of ICU beds remain available. Nearly 69 percent of the state's ventilator supply — which was low in March until officials acquired about 1,000 more — is still available.

The Tennessee Department of Corrections on Monday reported 965 new cases of COVID-19 among people incarcerated at a CoreCivic-managed prison in Clifton in Wayne County.

The state said about 1,400 tests were administered last week at South Central Correctional Facility and nearly 150 of them are still pending. The prison had previously only reported having nine cases among its inmate population with no deaths.

Outbreaks among inmates and staff in Tennessee prisons have begun to re-emerge as the epidemic improves in the rest of the state, reports the Post’s sister publication Nashville Scene. Prior to the South Central outbreak, the state had reported 115 cases of COVID-19 in incarcerated individuals across seven prisons. CoreCivic-managed prisons account for the majority of cases.