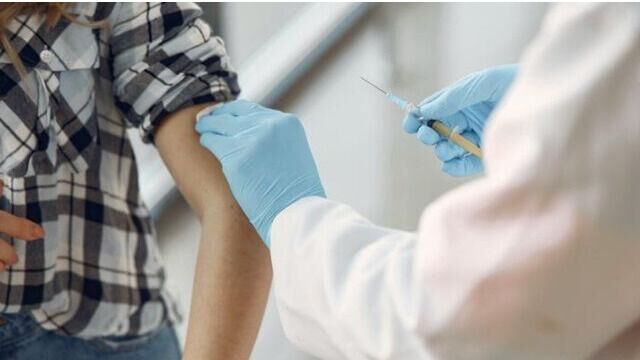 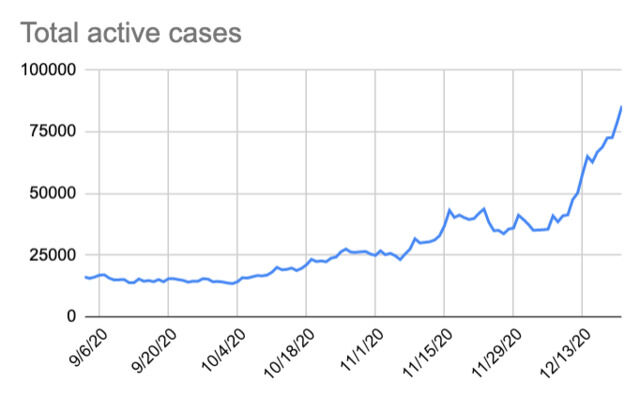 With Christmas approaching, Williamson County saw another large haul of COVID-19 cases come in over the weekend, 786 to be exact.

13,609 people in Williamson have either recovered or had their cases deemed inactive by the state, while 111 have now died, up 3 from Friday's count.

The number of active cases in Tennessee has increased 109 percent in the past two weeks, with officials reporting that 85,406 individuals are currently infected with COVID — an all-time high.

The number of patients hospitalized with the disease in the state has climbed 9 percent in the past two weeks. More than 2,779 people at 114 hospitals are now being treated for confirmed cases of COVID.

Tennessee Health Commissioner Lisa Piercey, giving a now-daily update on the state’s response to the severe COVID outbreak in the state, said Monday that nearly 17,000 vaccines have been administered to date, including the very first from manufacturer Moderna.

Piercey said she personally administered the first Moderna vaccine on Monday afternoon to a Rutherford County paramedic. More than 100,000 doses of the Moderna vaccine are expected in the state in the coming days. Though the state originally planned to hold 5,000 of those doses in reserve, Piercey said there were no problems with the first shipment so health authorities would release the backup for immediate use.

Another vaccine reserve — nearly 1,000 doses of the Pfizer vaccine — were delivered to Nashville General Hospital on Monday, she said. The state is getting an “unexpected” shipment of 40,000 more Pfizer doses on Tuesday or Wednesday, Piercey said, calling it “the best news of the weekend.”

Between hospitals vaccinating health care workers and the start next week of pharmacy-led rollouts at long-term care facilities, state health officials expect 200,000 Tennesseans to be vaccinated by the end of the month.

Asked about vaccination priorities for the state’s teachers, Piercey said, “I anticipate you’ll see some changes” to the existing draft prioritization plan, which includes teachers in the larger second phase.