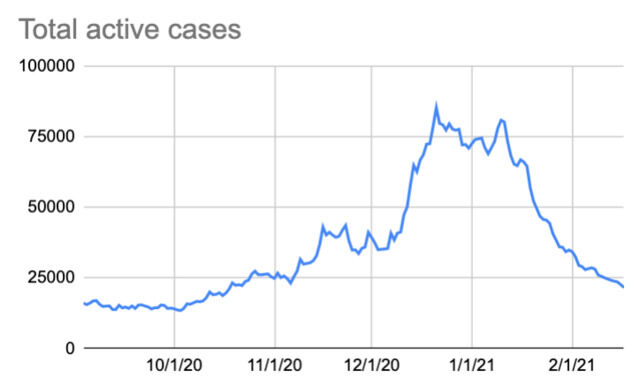 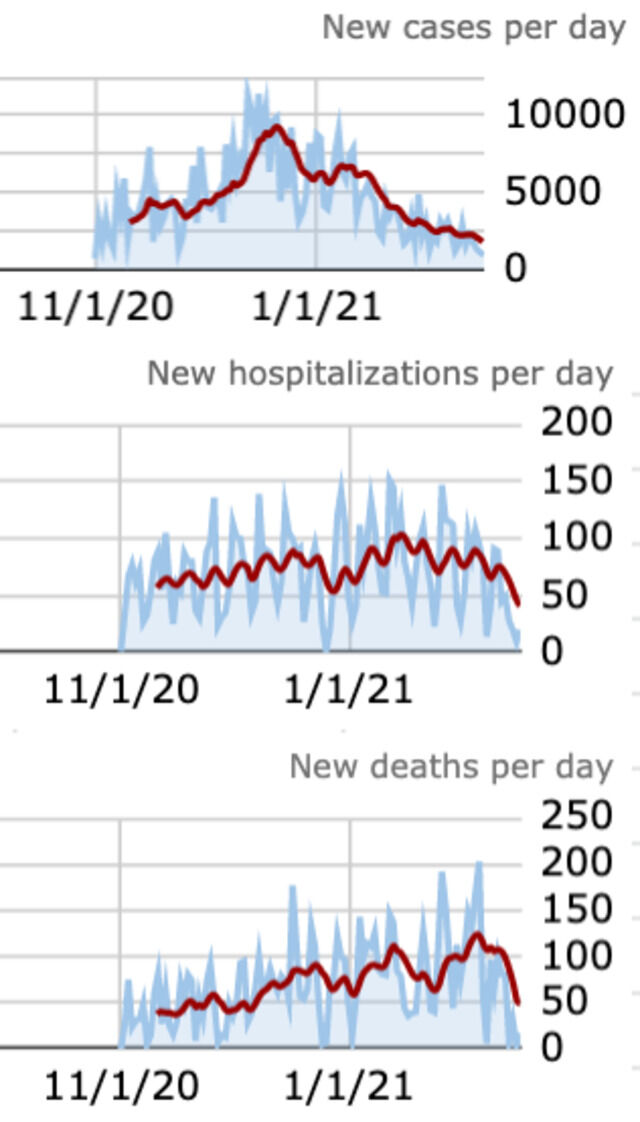 Williamson County has seen a low rate of COVID-19 cases in the last two days, perhaps due to icy roads lessening the amount of tests being conducted.

24,633 is the new overall number of cases for Williamson since the pandemic's start nearly a year ago, with 921 of those cases active, a fall from the numbers in the 1,000s the county has seen recently.

23,513 people have either recovered or had their cases deemed inactive, while 199 people have now died.

The Tennessee Department of Health has reported a total of 759,523 cases of COVID-19 across the state, up 962 cases on Tuesday with 8,252 new test results — an 8.9 percent positivity rate.

The number of active cases has fallen 33 percent in the past two weeks, extending the positive trend that started shortly after New Year's. On Tuesday, state health officials reported that 21,659 individuals are currently infected with COVID-19.

The number of patients hospitalized within the state has fallen 24 percent in two weeks, with 1,131 people at 114 hospitals now being treated for illness caused by the virus. In terms of capacity, the state reports that 17 percent of inpatient beds and 14 percent of ICU beds remain available. Nearly 78 percent of the state's ventilator supply is still available.

According to the state, 334,247 Tennessee residents have been fully immunized against COVID-19, less than 5 percent of the total population. More than 140,000 doses of vaccine were administered in the past week, with 48 percent allocated to residents 70 years and older.