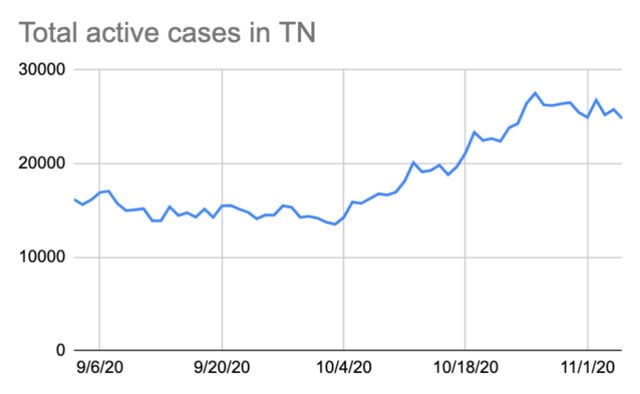 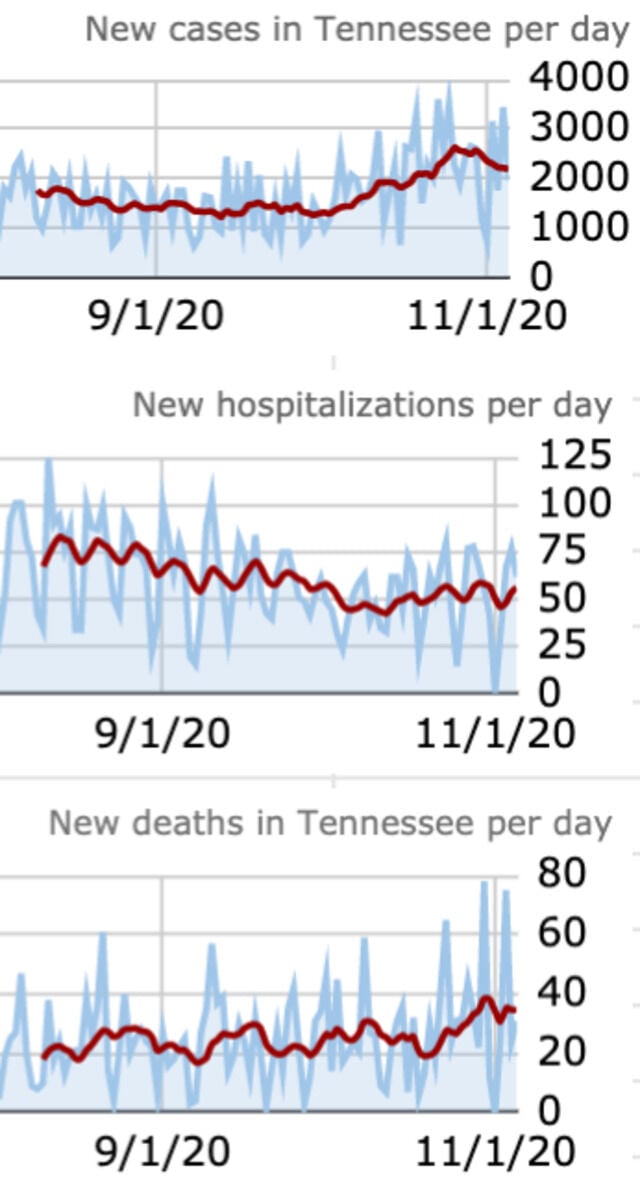 The overall count now stands at 7,911, with 819 of those cases deemed active. 91 new cases came in from the day before.

7,033 people in the county have either recovered or had their cases deemed inactive by the state, and the death toll for Williamson has been adjusted to 59, down one from the day before.

Of the total number of cases, 10,546 people have been hospitalized and 3,509 have died — up 62 and 31, respectively, from the numbers 24 hours earlier. More than 3.7 million tests have been administered in the state.

The number of active cases in Tennessee has risen 11 percent from the number two weeks ago, with the state reporting on Thursday 24,770 individuals currently infected with COVID.

The number of patients hospitalized with COVID across the state has risen 21 percent in the past two weeks. There are currently 1,500 people being treated at 108 hospitals, the highest number since the start of the pandemic.

In terms of capacity, the state reports that 16 percent of inpatient beds and 14 percent of ICU beds remain available. Nearly 68 percent of the state's ventilator supply — which was low in March until officials acquired about 1,000 more — is still available.