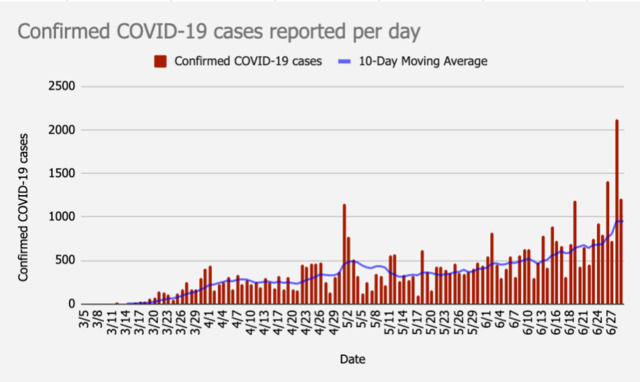 A heat map of the number of new cases reported from June 19 to June 29 in Tennessee. 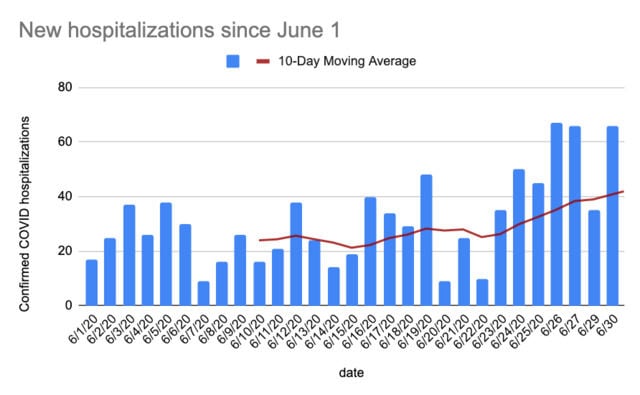 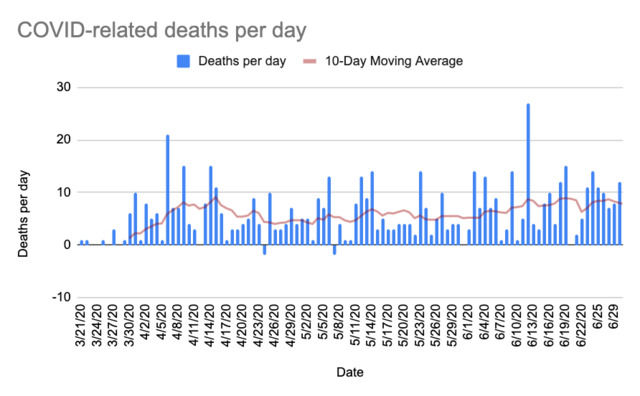 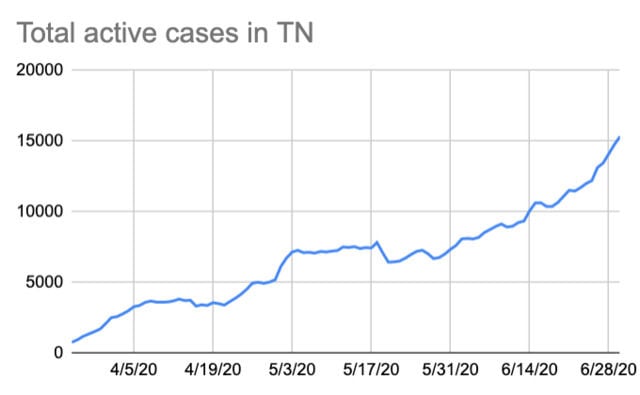 A heat map of the number of new cases reported from June 19 to June 29 in Tennessee.

The number of active cases in Tennessee has risen 34 percent in the past week. On Tuesday, the state reported another all-time high of 15,306 residents currently infected with the virus.

As of Monday afternoon, 527 confirmed coronavirus patients were hospitalized statewide and 312 patients were awaiting test results — making up less than 5 percent of all hospitalizations statewide, according to the health department.

In terms of capacity, the state reports 22 percent of inpatient beds and 21 percent of ICU beds are available, down 2 percent each day-over-day. Nearly 72 percent of the state's ventilator supply — which was low in March until the state bought about 1,000 more — is still available.

Williamson County cases stand at 1,013 as of Tuesday, with 14 deaths and 16,832 negative tests conducted on the state's record.

The move adds one of the nation’s oldest historically black medical schools, located in the heart of North Nashville and housing the city’s safety-net hospital, to the list of organizations that are part Operation Warp Speed, a federal initiative to deliver 300 million doses of an effective vaccination by January 2021.

“I am excited given the importance of minority communities taking part in COVID19 vaccine trials,” Hildreth tweeted on Tuesday morning.

The pandemic has exposed and pronounced pre-existing health disparities among Black citizens within the country’s health care system, including the higher likelihood of having a chronic health condition, which has caused higher rates of hospitalization and death in individuals who are infected with COVID-19. A contributing factor to those long-term inequities is a disparity in clinical research over the decades: some 85 percent of health care research in history has been conducted on men of European descent.