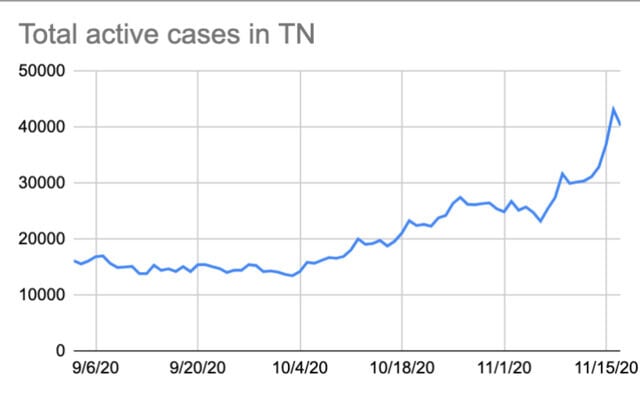 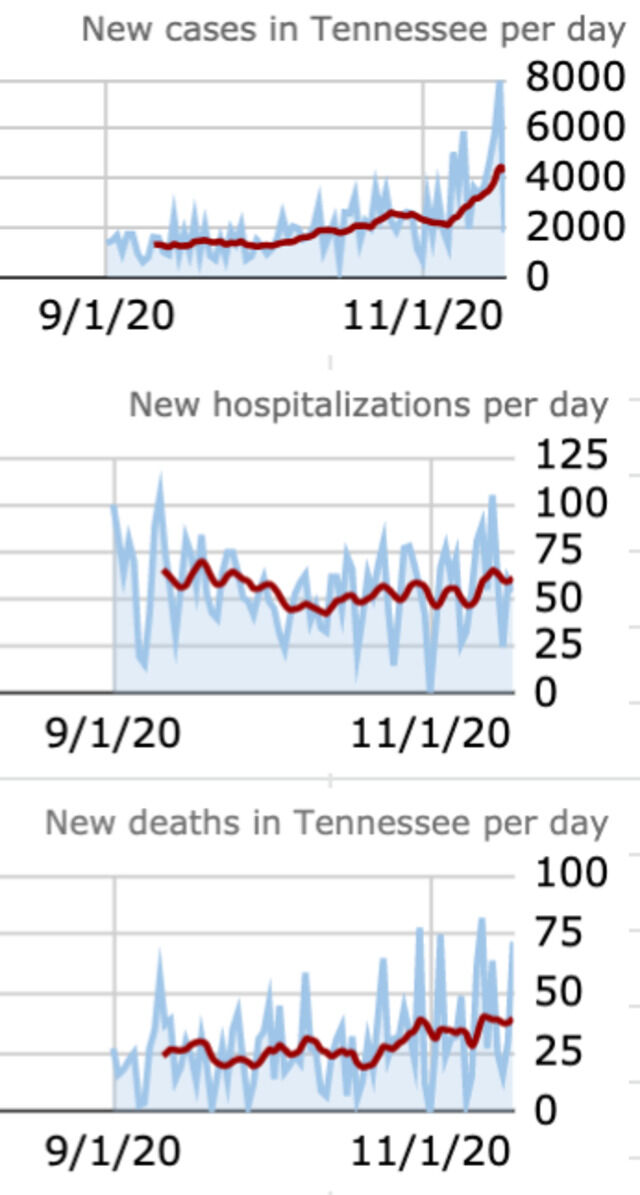 The new county number for overall cases since the pandemic's start is 9,892, with 1,634 of those cases deemed active from the state.

8,190 people in the county have either recovered from the virus or had their case deemed inactive by the state, and 68 have now died.

The number of active cases in Tennessee has risen 59 percent in the past two weeks, with the state saying 40,237 individuals are now infected with COVID.

The number of patients hospitalized with the disease in the state is at its highest point yet, with more than 1,929 people now being treated for the virus at 114 hospitals. Hospital admissions attributable to COVID have risen 29 percent in the past two weeks.

In terms of capacity, the state reports that 16 percent of inpatient beds and 13 percent of ICU beds remain available. Nearly 74 percent of the state's ventilator supply is still available.

She also noted the Department of Education dashboard that publishes COVID infections in schools should be updated or taken down, citing “significant errors” and “gross underreporting” of infections in students.

“The importance of in-person instruction to the academic and emotional well-being of students is undisputed; however, the demonstrably higher infection rate of Tennessee school staff cannot be ignored,” Brown wrote. “There are actions your administration can and must take to reduce infections until a vaccine can be widely distributed.”

Tennessee has been selected by Pfizer to participate in a pilot program for distributing the company’s experimental COVID vaccine, according to Reuters.

The program aims to figure out how the drugmaker will distribute the vaccine with its ultra-cold storage requirements of -94 degrees. Tennessee was one of four states chosen to pilot the program, alongside Rhode Island, Texas and New Mexico. They were chosen for their differences in size, population diversity and immunization infrastructure and will not receive preferential treatment when delivering actual vaccines.