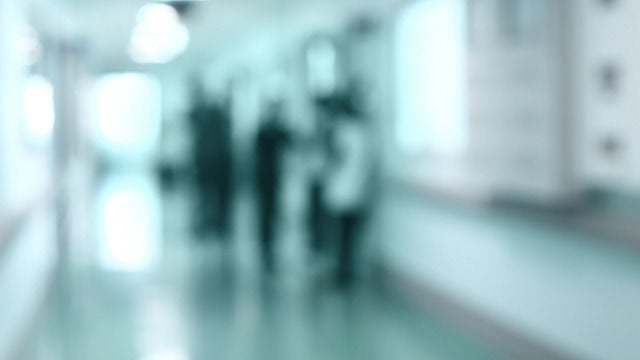 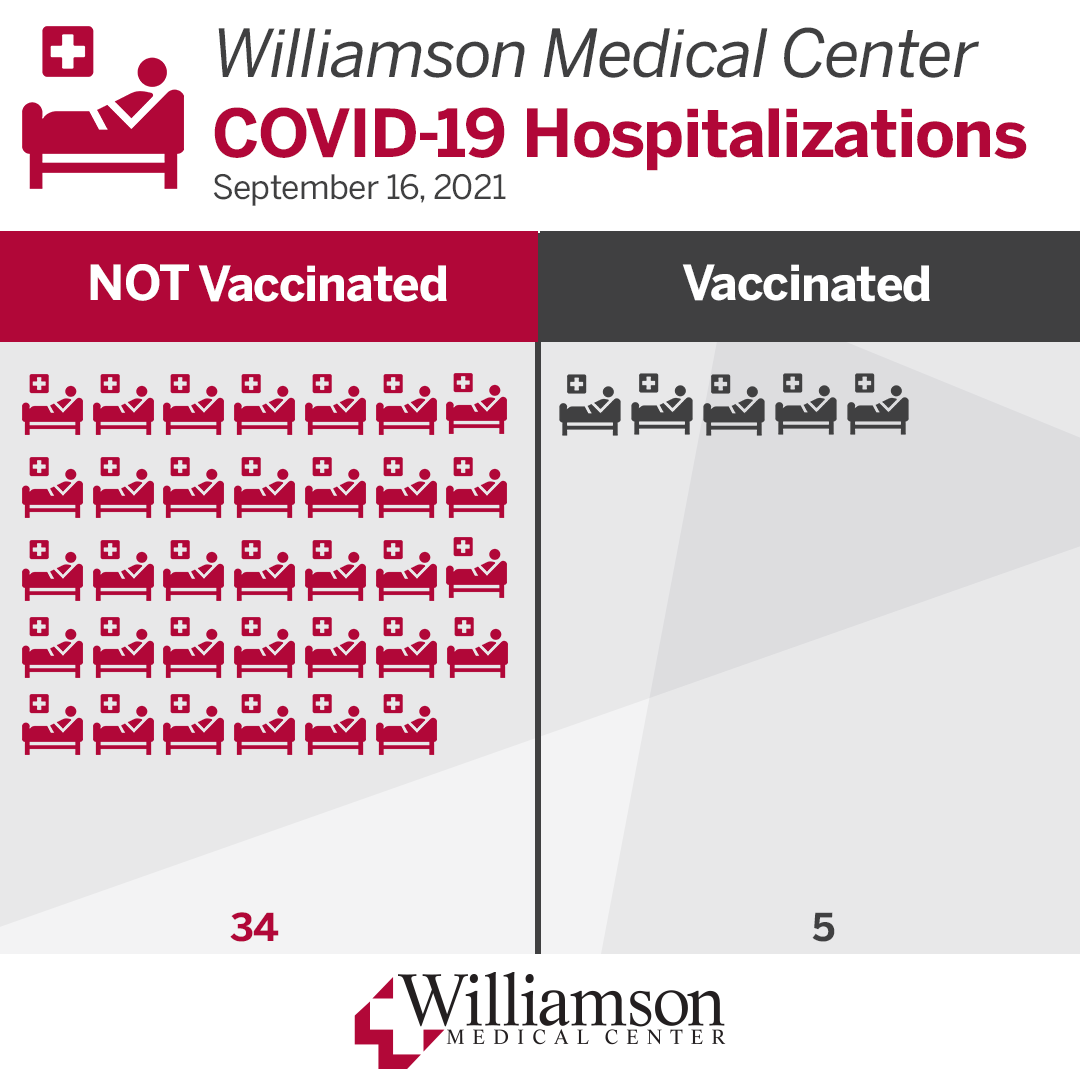 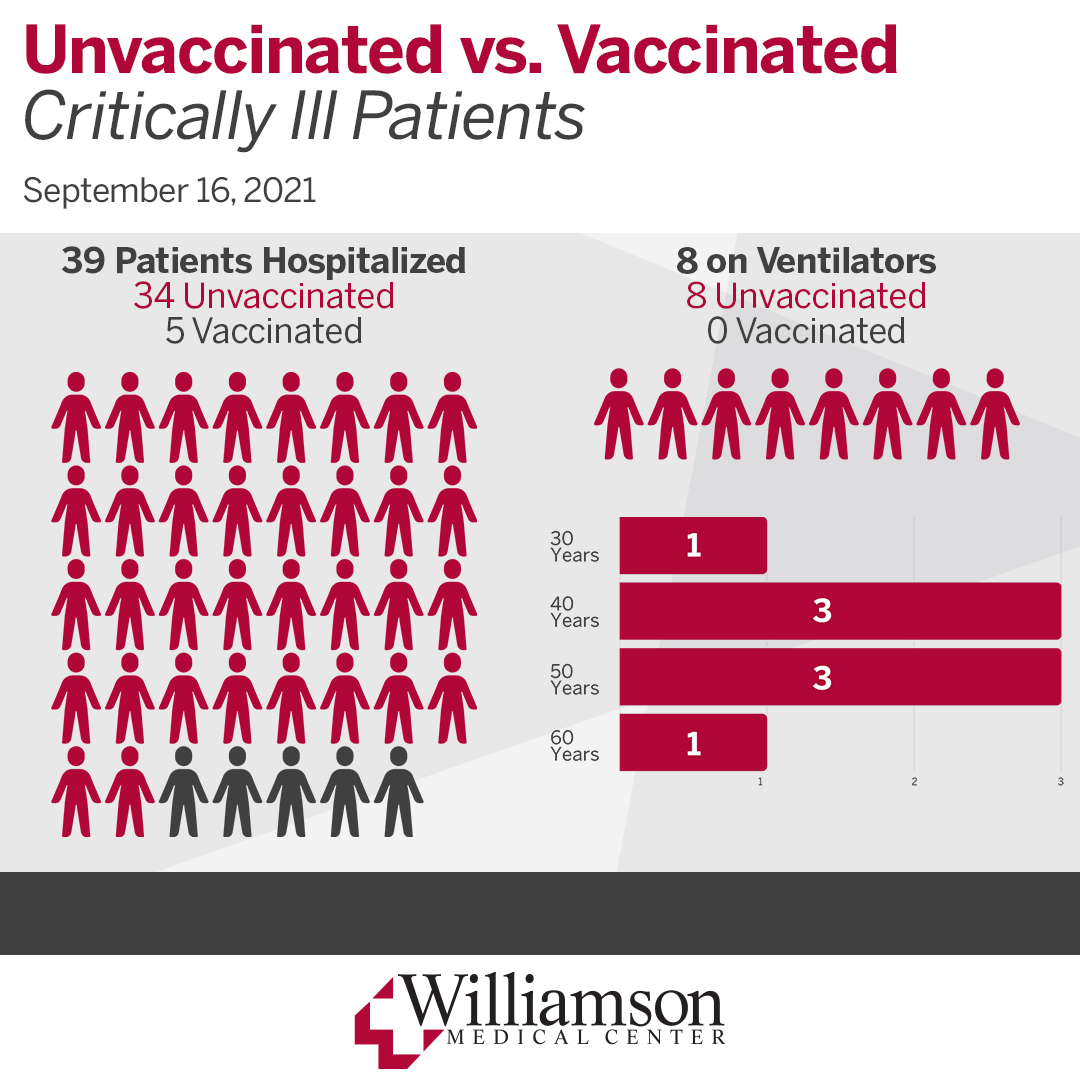 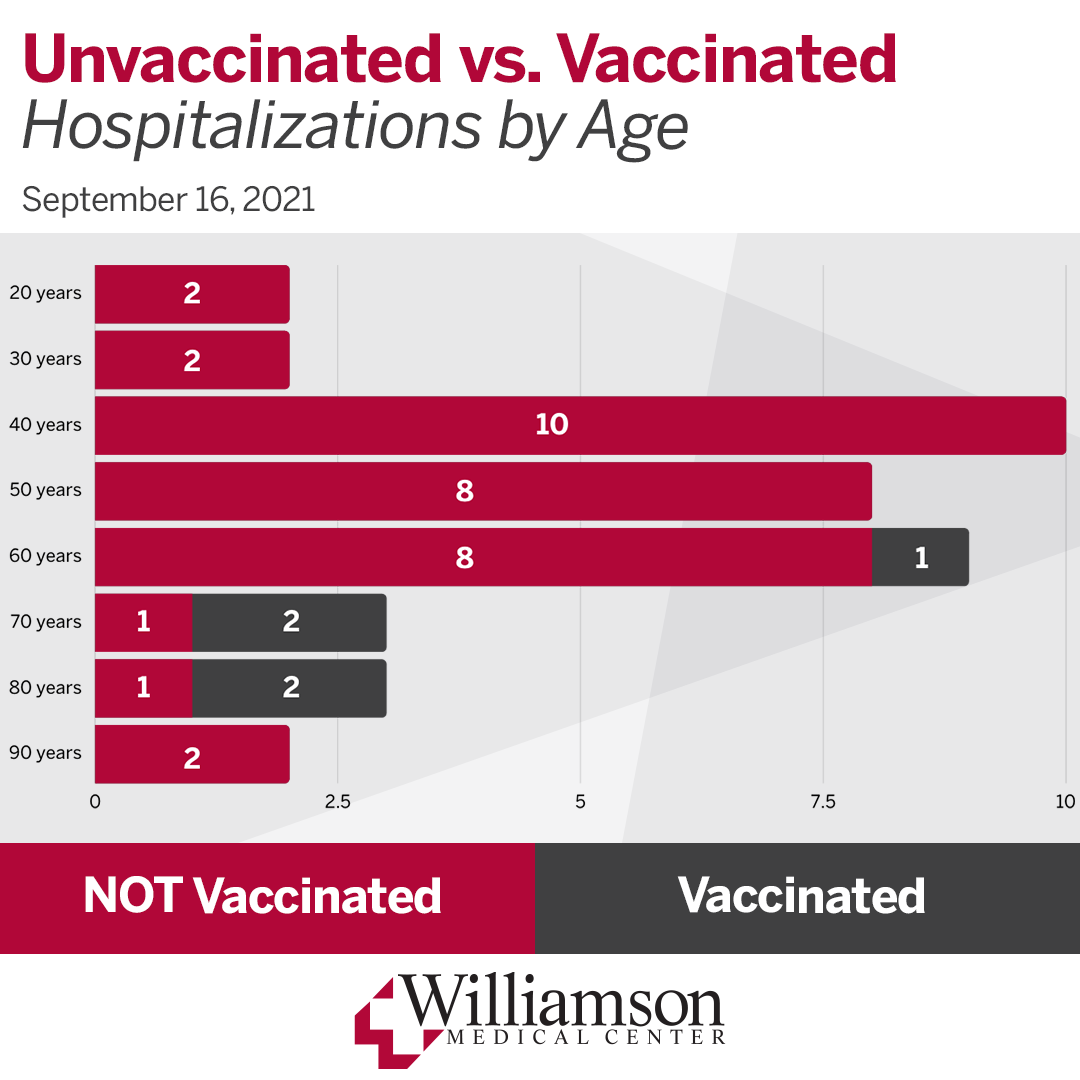 The number of active cases in Tennessee has fluctuated steadily in the past two weeks, with state health officials reporting that 73,435 individuals are currently infected with the coronavirus.

The number of patients hospitalized with COVID-19 within the state has also fluctuated during the past two weeks, finding its height on Sept. 9 at 3,831 hospitalizations. That metric has since declined to approximately 3,538.

In terms of capacity, the state reports that 11 percent of inpatient beds and 5 percent of ICU beds remain available. Nearly 58 percent of the state's ventilator supply is still available. But a major issue hospitals continue to face is low staffing, officials said.

So far, 2,976,763 Tennessee residents have been fully immunized against COVID, which amounts to 43.6 percent of the state's total population of about 6,910,000. More than 112,000 vaccine doses were administered during the past week, declining from the figure of last week but still nearly triple the mark from the demand during summer.

A total of 6,507,145 doses have been administered across the state.

Williamson Medical Center says the COVID inpatient unit and the ICU at the hospital are still suffering from high demand.

"Even though we are seeing a younger COVID positive population requiring inpatient care, especially in the unvaccinated population, a much greater percentage of current COVID inpatients are requiring advanced and mechanical methods to assist in breathing, putting pressure on the availability of equipment, staff and critical care beds to provide this care," the release reads.

The release also encourages the community to get vaccinated, maintain social distance protocols and wear a mask in public.

Biden to cut back monoclonal antibody allocation to state

After seven Southern states with large outbreaks — including Tennessee, Texas, Florida, Mississippi, Georgia, Louisiana and Alabama — accounted for 70 percent of all COVID-19 monoclonal  antibody treatments allocated in early September, the Biden Administration is imposing a cap on how many doses each state can get.

According to POLITICO, federal health officials plan to distribute the antibody drug in proportionate amounts to each state, rather than on an as-needed basis. The decision will likely cut shipments to Tennessee and other states currently experiencing massive surges of COVID-19, according to the report, and the Department of Health has already said it has resulted in delays getting drugs to providers.

Tennessee Attorney General Herbert Slatery has written a letter to President Joe Biden challenging the legality of an impending rule by the Occupational Safety and Health Administration that would mandate the COVID-19 vaccine for all employers with more than 100 workers.

Biden made the announcement that he would move to mandate vaccination against COVID-19 for large private employers last week but has yet to put it in writing. According to a press release from the AG’s office, “public statements from the Biden Administration about the mandate indicate an unprecedented assertion of emergency regulatory powers by a federal government.”

In summary, Slatery’s letter outlines his opinion that the proposed rule is too broad and overreaching, undermines state authority and impedes on an individual’s liberty and “bodily autonomy” concerns.

“I would encourage everyone eligible, in consultation with a doctor, to get a COVID vaccination. It is one effective way out of this pandemic,” Slatery said. “However, this vaccine-or-test mandate appears to be an unprecedented expansion of federal power and fails to consider the steps individuals, employers, and our state have already made.”