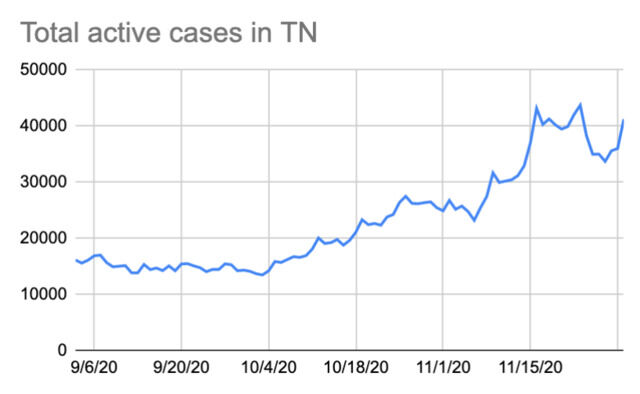 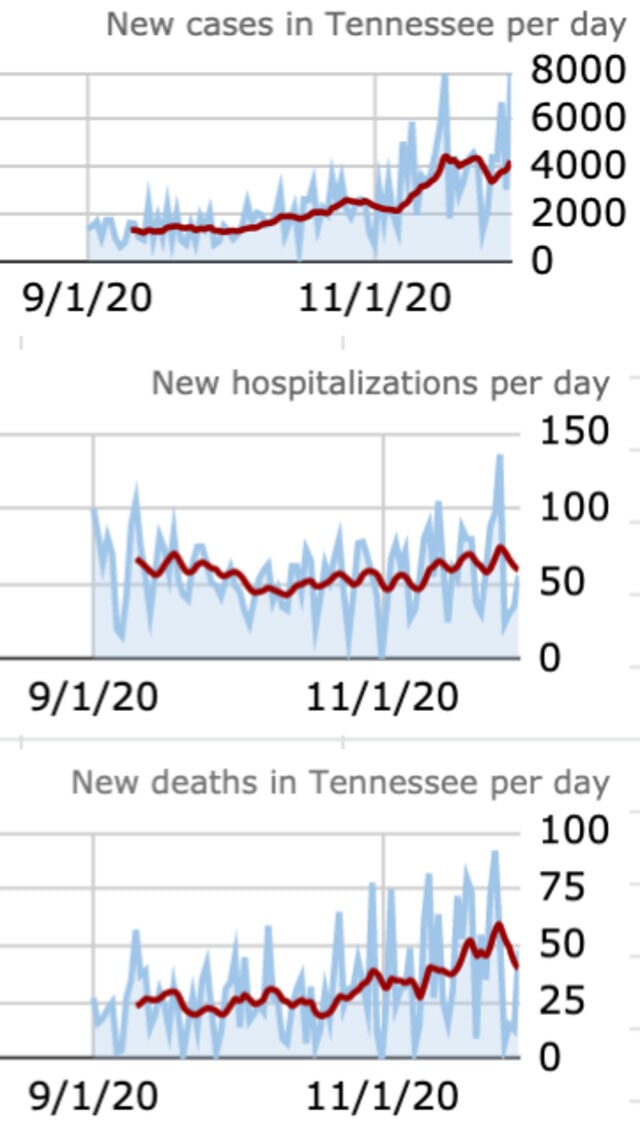 Williamson County has grown by nearly a thousand cases since the Tuesday before Thanksgiving.

10,237 people in Williamson have either recovered or had their cases deemed inactive, while 80 have now died.

The number of active cases in Tennessee has fluctuated in the past two weeks with abnormal case reporting due to the holiday, with the state saying 41,181 individuals are now infected with COVID.

The number of patients hospitalized with the disease in the state is at its highest point yet, with more than 2,290 people at 115 hospitals now being treated for a confirmed case of the virus. Hospital admissions attributable to COVID have risen 25 percent in the past two weeks.

In terms of capacity, the state reports that 18 percent of inpatient beds and 11 percent of ICU beds remain available. Nearly 69 percent of the state's ventilator supply is still available.

At least 40 hospitals in Tennessee reported critical staffing shortages last week as the number of hospital beds filled with patients with confirmed or suspected COVID-19 topped 2,400.

Of the approximately 135 hospitals reporting, an additional 37 said their shortage will likely persist into next week as the number of COVID admissions per day continues to climb. Last week, 265 patients infected with the virus were admitted to Tennessee hospitals per day — doubling per-day admissions from early October.

According to federal occupancy data, one in five people currently hospitalized in Tennessee facilities has COVID and 30 percent of ICU beds are filled with someone infected with the virus. Several hospitals have reported suspending scheduled procedures and out-of-state transfers to make space for the ongoing surge of patients, meaning other health care needs are being put off to address the pandemic.