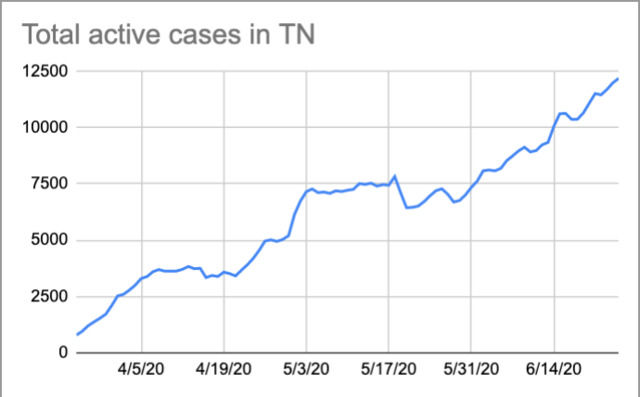 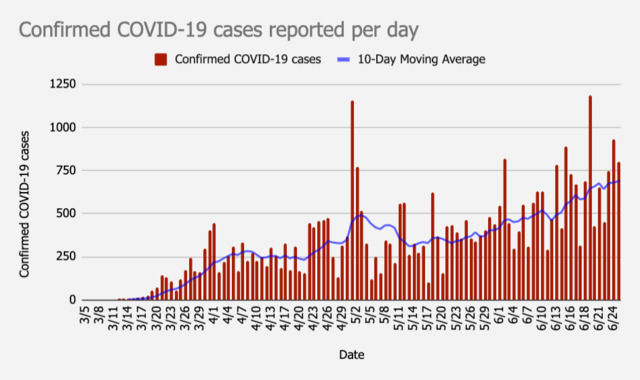 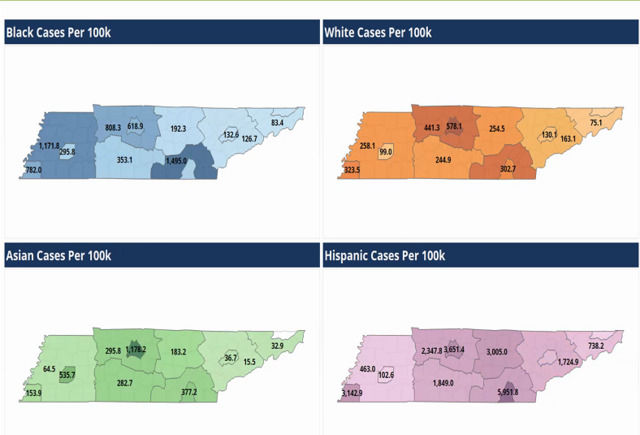 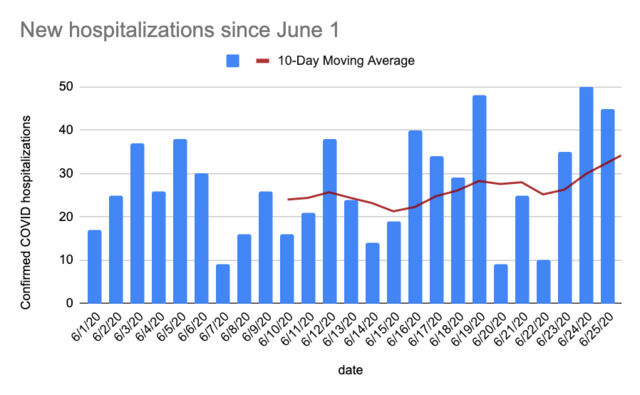 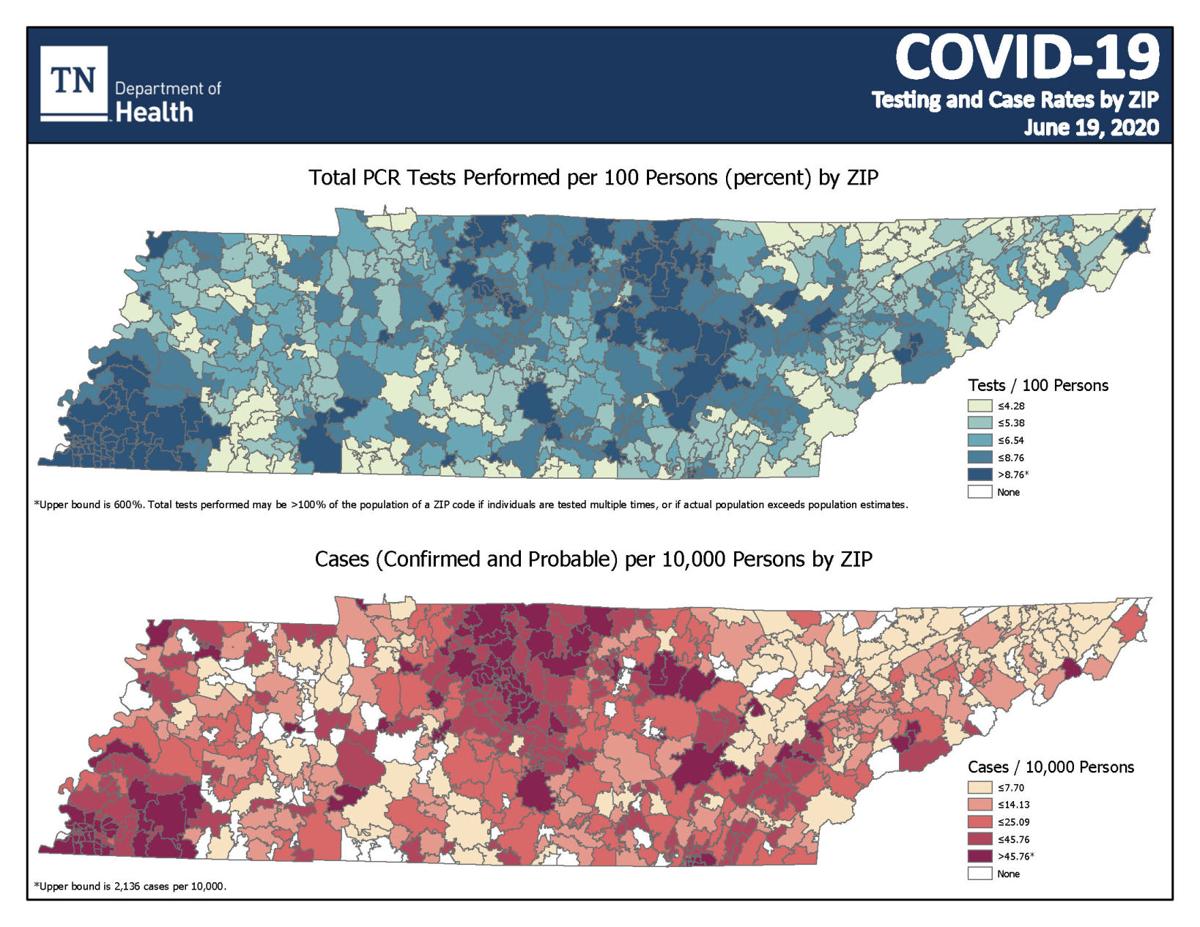 37 new cases were reported on Thursday after 27 came up on Wednesday, bringing the two-day total to 64 new cases in the short time frame.

Just last Friday, reported cases by the state were at 767 overall, and about a week later, they sit at 874 overall. At the start of June, cases were at 548 overall. On May 5, cases were at 439 overall.

Just since the start of the month, the county has 326 new cases of COVID-19 reported by the Tennessee Department of Health.

14 people in the county have died, while 15,159 negative tests have been conducted.

The number of active cases in Tennessee continues to rise. On Thursday, the state reported another all-time high of 12,187 residents currently infected with the virus.

The number of confirmed and suspected COVID-19 cases currently hospitalized across the state dropped 11 patients from Wednesday to 689. As of Thursday afternoon, 20 percent of inpatient beds and 21 percent of ICU beds were available. More than 73 percent of the state's ventilator supply — which was low in March until the state purchased nearly 1,000 more — are still available.

A month after nearly every worker at a farm in Rhea County was infected with COVID-19, state officials are nearly ready to distribute resources helping farmworkers avoid the still-spreading disease.

On a weekly health disparities task force call, Tennessee Department of Health official Katie Garman said the state is currently distributing educational materials to farm managers and that materials designed to reach the workers themselves are in the draft stage.

The state health department has worked with the Mexican consulate, nonprofit health clinics, the University of Tennessee and other organizations to develop the materials. The move comes as state COVID-19 data continues to show disparities among racial and ethnic groups, especially with high case counts for Hispanic Tennesseans.

“There are a lot of different factors that lead into health disparities for racial and ethnic groups,” said Samantha Chao, another health department staffer.

According to the data, updated Thursday and not available on the state website, the hospitalization and case rates per 100,000 people are about six times higher among the Nashville Hispanic population than among the white population.

Williamson County Emergency Management provided a map that breaks down both tests performed and confirmed and probable COVID-19 cases.

It shows a concentration of cases in Middle Tennessee and Southeastern Tennessee, areas that including both Davidson and Shelby Counties, which house the state's most populated cities of Nashville and Memphis, as well as Rutherford, Hamilton, Trousdale, Sumner and Williamson counties.

According to The COVID Tracking Project, a volunteer organization launched by The Atlantic, the U.S. has seen 2,410,978 total cases and 118,031 deaths as of Thursday.

On Thursday the Centers for Disease Control and Prevention also updated their list of underlying medical conditions that increase the risk of severe illness with a COVID-19 diagnosis, including the following:

According to the CDC, the changes increase the number of people who fall into higher risk groups for the virus, noting that an estimated 60% of American adults have at least one chronic medical condition.