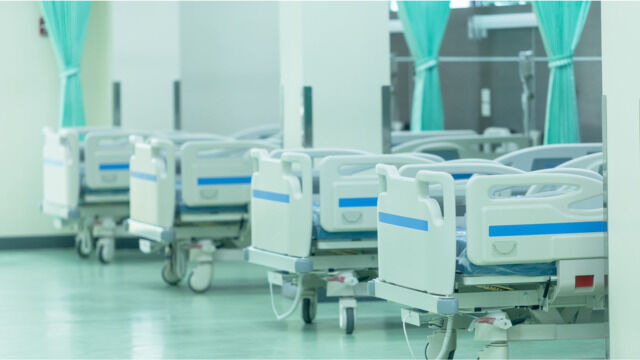 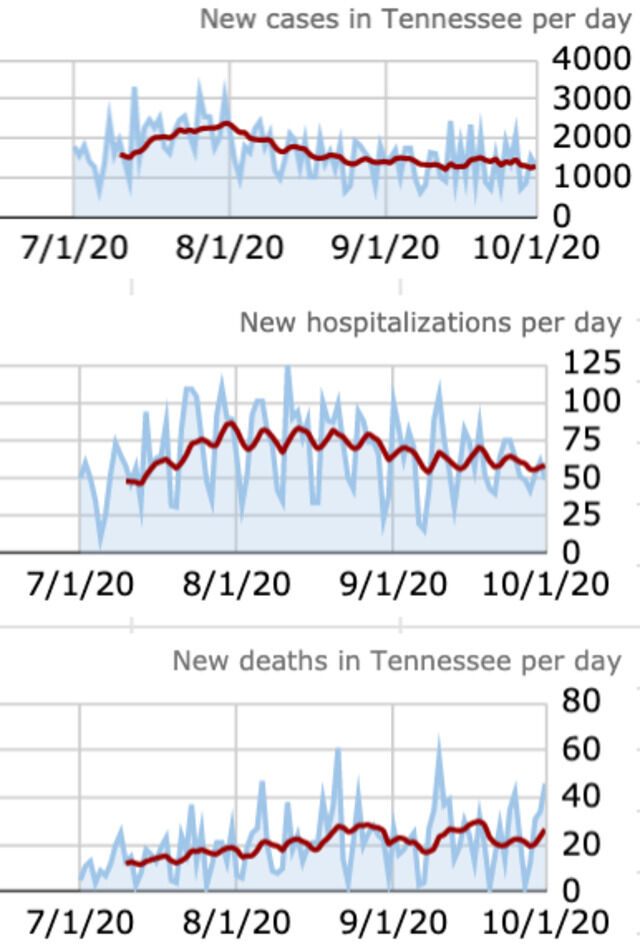 Williamson County has 32 new cases of COVID-19 on its Thursday tally.

5,455 cases have been recorded in the county since the pandemic began, with 379 of those cases considered active.

5,038 people in the county are either recovered or labeled as inactive, and now, 38 have died. 67,944 negative tests have been conducted thus far.

Of the total number of cases, 8,782 people have been hospitalized and 2,501 have died — up 49 and 46, respectively, from the numbers 24 hours earlier. More than 2.8 million tests have been administered in the state.

The number of active cases in Tennessee has flattened during the past two weeks, with the state reporting 14,150 individuals infected with COVID on Thursday.

The number of patients hospitalized with COVID across the state has, however, risen 11 percent in the past week. Nearly 850 people are being treated at 107 hospitals; they make up less than 8 percent of total hospitalizations in the state.

In terms of capacity, the state reports that 16 percent of inpatient beds and 15 percent of ICU beds remain available. Nearly 69 percent of the state's ventilator supply — which was low in March until officials acquired about 1,000 more — is still available.

Metro Public Health Department officials reported 60 new cases of COVID since Wednesday, bringing the countywide confirmed case count to 28,867. Of those cases, approximately 27,800 tested positive more than 14 days ago and 265 people have died.

As of Wednesday morning, nearly 14 percent of all inpatient beds and 13 percent of ICU beds in Middle Tennessee were available.

Rural counties across the state are experiencing the harshest COVID-19 outbreaks in Tennessee as Gov. Bill Lee moves to repeal all remaining business and social restrictions in those areas.

Eighty-seven rural counties in Tennessee with a collective population of 3.4 million residents produced 61 percent more cases and 100 percent more deaths in the past two weeks than the state’s eight largest counties, which represent a similar population. The higher number of cases came despite the rural counties administering 9 percent fewer tests during that time.

According to data from the Tennessee Department of Health, from Sept. 16 through Sept. 30, counties with populations under 160,000 residents accounted for more than 11,400 cases of COVID-19 from 134,653 test results, with 118 deaths reported in the same time frame. The most populated counties in the state, including Shelby, Davidson, Knox, Hamilton, Rutherford, Williamson, Montgomery and Sumner, reported 7,077 cases from 147,646 test results and 59 deaths.

The six counties that were granted authority over their own reopening plans — including Davidson, Shelby, Hamilton, Knox, Madison and Sullivan — have accounted for only 32 percent of cases statewide in the past two weeks. They have maintained a 4.7 percent positivity rate in the same time frame compared to the rest of Tennessee, which has averaged an 8.6 percent positivity rate. It marks a dramatic shift from the onset of the pandemic, when Nashville and Memphis alone were producing more than half of the state’s case volumes despite making up less than 24 percent of the overall population.

As outbreaks in the state’s large metro regions began a decline in early September, rural regions in the Upper Cumberland and parts of West and East Tennessee saw the numbers of people hospitalized for COVID-19 start to climb. Now counties with the smallest populations are seeing the most aggressive outbreaks. Most acutely affected is Fentress County, where local health officials report a positivity rate averaging 30 percent and an occurrence rate of 83 cases per 100,000 residents.