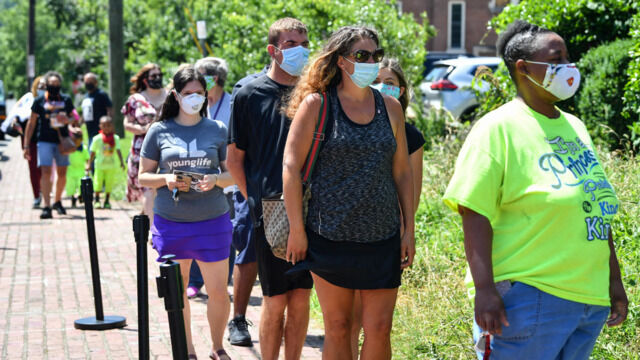 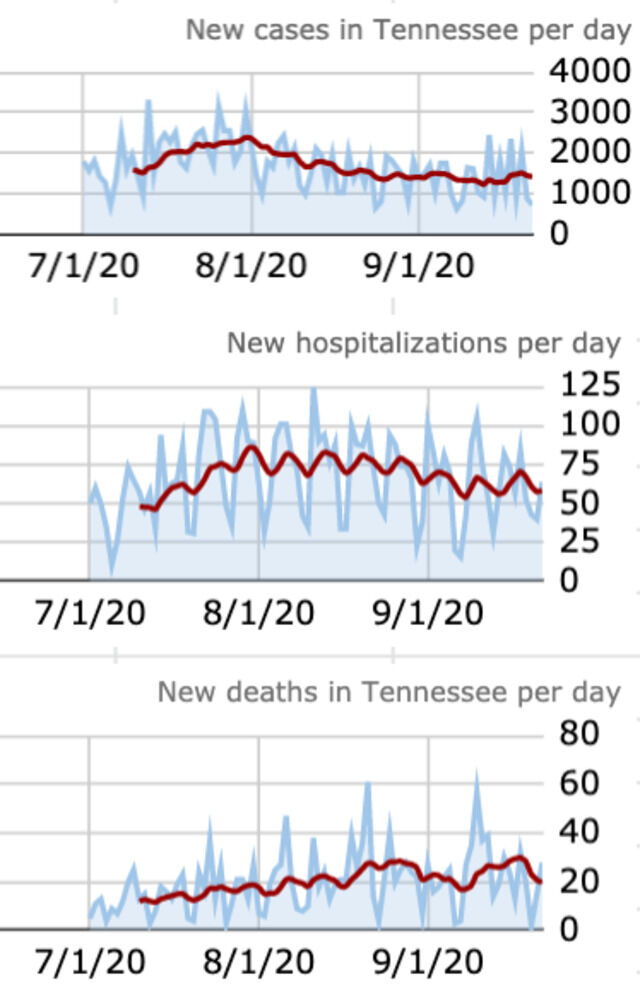 Only seven new cases of the virus were accounted for, bringing the overall total to 5,096. 354 of those cases are active.

4,706 people in the county have either recovered or had their cases declared inactive, while 36 have died. 62,816 negative tests have been processed thus far.

Of the total number of cases, 8,263 have been hospitalized and 2,261 have died — up 64 and 28, respectively, from the numbers 24 hours earlier. More than 2.6 million tests have been administered in the state.

The number of patients hospitalized with COVID across the state has plateaued after coming down from a peak of 1,200 in August. Nearly 766 people are now being treated at 109 hospitals for the virus; they make up less than 9 percent of total hospitalizations.

In terms of capacity, the state reports that 18 percent of inpatient beds and 17 percent of ICU beds remain available. Nearly 71 percent of the state's ventilator supply — which was low in March until officials acquired about 1,000 more — is still available.

Metro Public Health Department officials reported 54 new cases of COVID since Monday, bringing the countywide confirmed case count to 28,066. Of those cases, more than 26,800 tested positive more than 14 days ago and 252 people have died.

As of Tuesday morning, nearly 17 percent of all inpatient beds and 20 percent of ICU beds in Middle Tennessee were available.

Rutherford County Mayor Bill Ketron is lifting the countywide mask mandate on Tuesday at 5 p.m., reports WPLN, after crediting the tool for driving down infections in the past two months.

Rutherford is the second county in the region after Williamson to allow its mask mandate to expire after large outbreaks that spanned most of July subsided in August. As Nashville imposed its own mask mandate in late July, Mayor John Cooper and Coronavirus Task Force Chairman Alex Jahangir stressed the importance of a regional approach to face coverings and other mitigation strategies so as to not overrun the local health system with patients infected with COVID.

In July, as Nashville started to get a handle on its own outbreak, hospital bed availability in Davidson County dropped to a summertime low as the number of residents from surrounding counties requiring hospitalization continued to rise. Nashville’s total ICU bed capacity dipped to 10 percent availability — a norm for some facilities during flu season — by the end of July but has since risen steadily.

As students return to schools, workers to their employers and people generally make more connections than earlier in the year, infectious disease experts have stressed the importance of staying vigilant to avoid becoming infected with the virus as the seasons change and outbreaks of influenza fall into the fold.

Gov. Bill Lee announced Monday that farm and forestry businesses around the state will receive $55 million in federal coronavirus relief to “ensure stability of the food supply chain and agribusiness economy during the COVID-19 pandemic.”

The Tennessee Department of Agriculture developed the Coronavirus Agricultural and Forestry Business fund using CARES Funding allocated to the state. More than 1,000 applicants representing requests for more than $335 million have been submitted to the state. Agriculture department officials said the relief will extend to 80 percent of those applicants, resolving supply chain issues and financial losses brought on by a disrupted food chain.

“Just like all sectors of our economy, the agribusiness economy was hit hard by the pandemic,” Lee said in a press release. “The CAFB Fund assistance for ag-related businesses will provide immediate aid to those who work in Tennessee’s number one industry of ag and forestry, and the funds will have a wide-reaching and long-lasting impact on Tennessee’s economic recovery.”

Nashville public health officials on Monday night released a list of locations identified through contact tracing to be sources of more than 10 cases of COVID-19 in the county throughout the duration of the pandemic.

The data is likely incomplete, as contact tracing investigations oftentimes fail to identify location of transmission and do not account for out-of-state tourists. Several surrounding states have confirmed to the Post hundreds of COVID cases tested in residents with a recent travel history to Tennessee, but several others do not track the data.