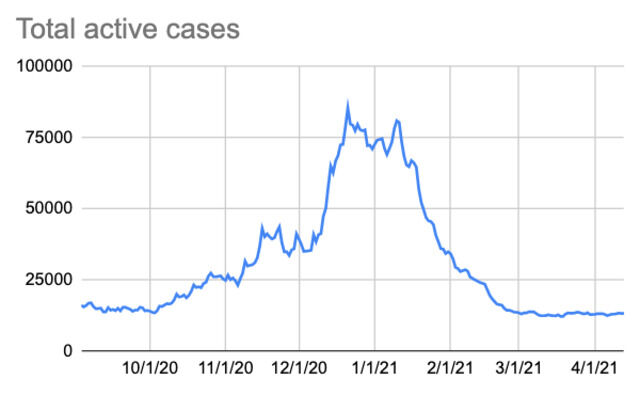 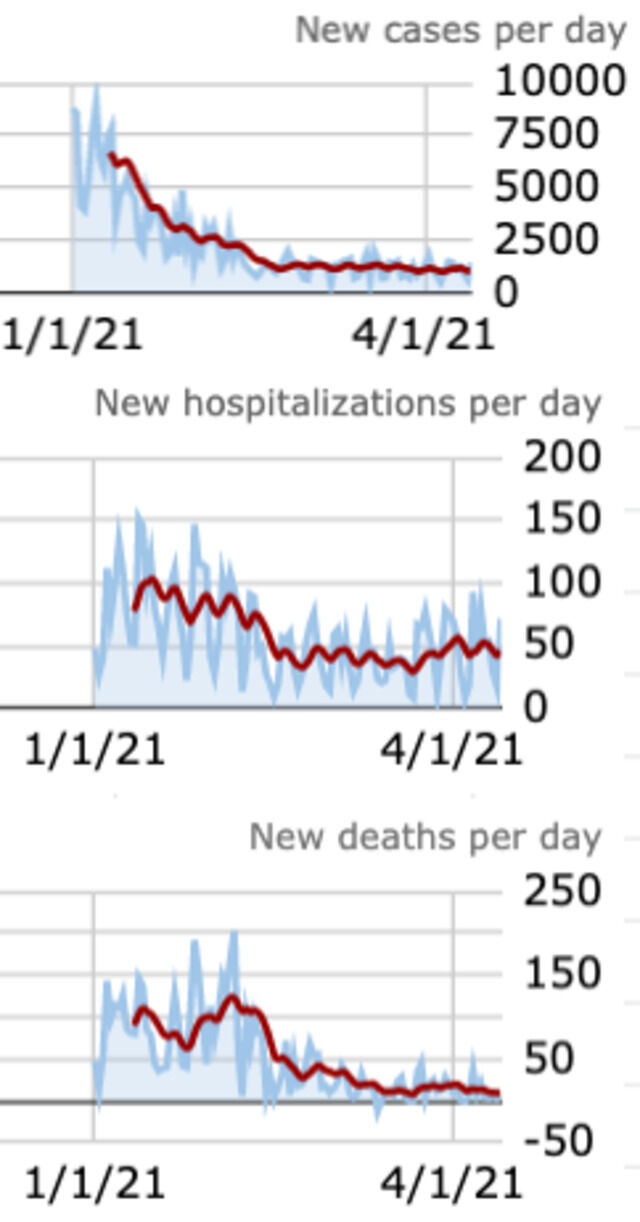 Williamson County has 476 active cases of COVID-19 as of Wednesday.

26,438 people in Williamson have either recovered or had their cases deemed inactive, while 213 have died.

Of the total number of cases, 12,022 people have died — with seven new deaths reported in the last 24 hours.

The number of active cases has been flat in the past two weeks, with state health officials reporting that 13,392 individuals are currently infected with COVID.

The number of patients hospitalized within the state has also been flat, with 812 people now being treated for illness caused by the virus. In terms of capacity, the state reports that 14 percent of inpatient beds and 12 percent of ICU beds remain available. Nearly 78 percent of the state's ventilator supply is still available.

So far, 1,311,660 Tennessee residents have been fully immunized against COVID, which amounts to approximately 19.2 percent of the state's total population of about 6,830,000. More than 321,000 doses of vaccine were administered during the past week, with the entire state having opened eligibility to residents 16 years and older.

A total of 3,353,130 doses have been administered across the state.

The funds come from a larger $6 million Bloomberg gift to the nation’s four historically Black medical schools to increase access to vaccinations in underserved populations.

Last year, the former Mayor of New York City’s philanthropic venture donated more than $100 million to the same schools to help eliminate student debt. Meharry received $34 million of that share, the largest single donation ever given to the school in its 145-year history.

Meharry will use the funds to expand community partnerships and mobile testing efforts in North and Southeast Nashville as well as target rural populations in senior housing.

"For nearly 150 years, Meharry Medical College has served those unduly burdened by the nation’s health inequities," James E.K. Hildreth, president and CEO of Meharry Medical College, said in a release. “Black Americans and our nation’s medically underserved are fighting two pandemics — COVID-19 and racial inequality. Minority communities have historically suffered from medical mistreatment and lack of access to quality health care but are now expected to trust a system that has neglected them for decades. As leaders in the healthcare community, it is our imperative to break this cycle and establish trust throughout our communities. Our deepened relationship with Bloomberg Philanthropies will continue to bring awareness to these systemic issues and provide the protection and care our communities deserve.”