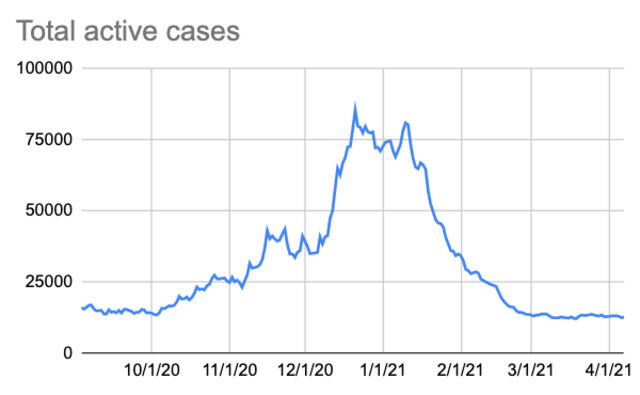 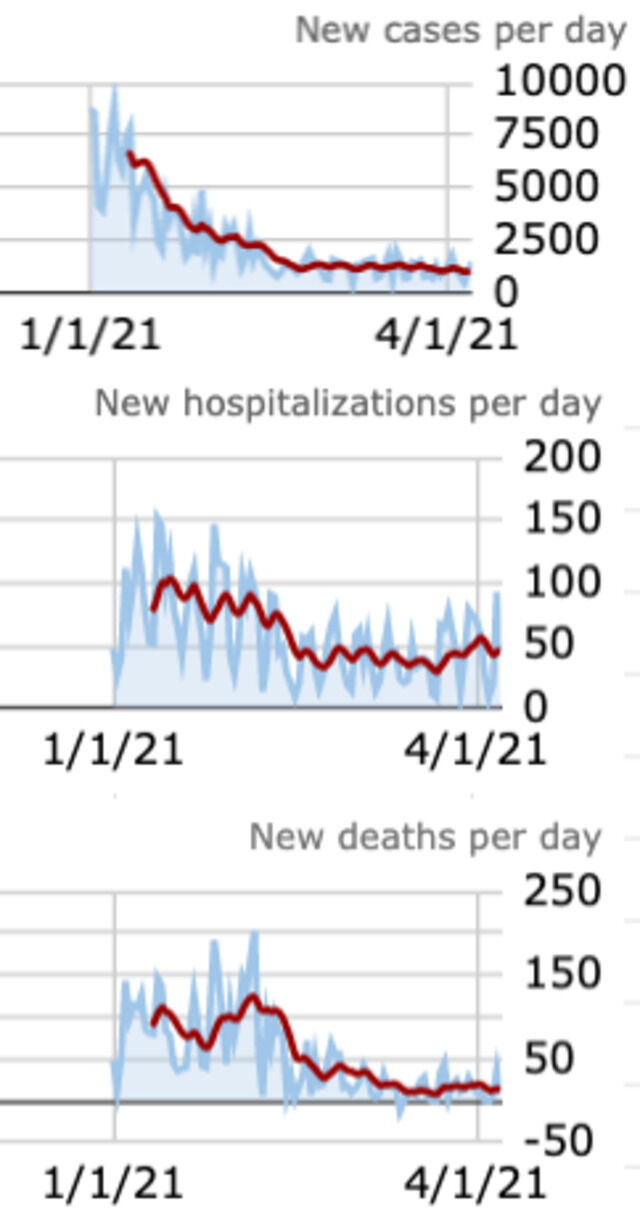 Williamson County had 481 active cases of COVID-19 as of Thursday.

The county has 26,912 overall cases of COVID-19 now since the pandemic's start more than a year ago.

26,218 people in the county have either recovered or had their cases deemed inactive, while 213 people have died.

Of the total number of cases, 11,976 people have died — with nine new deaths reported in the last 24 hours.

The number of active cases has been flat in the past two weeks, with state health officials reporting that 12,813 individuals are currently infected with COVID.

The number of patients hospitalized within the state has grown 8 percent in the past two weeks, with 890 people at 114 hospitals now being treated for illness caused by the virus. In terms of capacity, the state reports that 14 percent of inpatient beds and 10 percent of ICU beds remain available. Nearly 78 percent of the state's ventilator supply is still available.

So far, 1,154,663 Tennessee residents have been fully immunized against COVID, which amounts to approximately 16 percent of the state's total population of about 6,830,000. More than 293,000 doses of vaccine were administered during the past week, with the entire state having opened eligibility to residents 16 years and older.

In partnership with Meharry Medical College, the city will begin administering vaccines at the 2491 Murfreesboro Road location on Monday and will continue testing efforts at Nissan Stadium and on Meharry’s campus.

Vaccinations at the former K-Mart site will be available from 8 a.m. to 2 p.m. by appointment only.