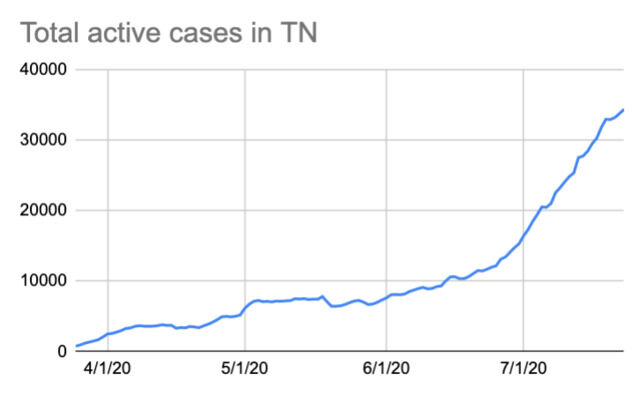 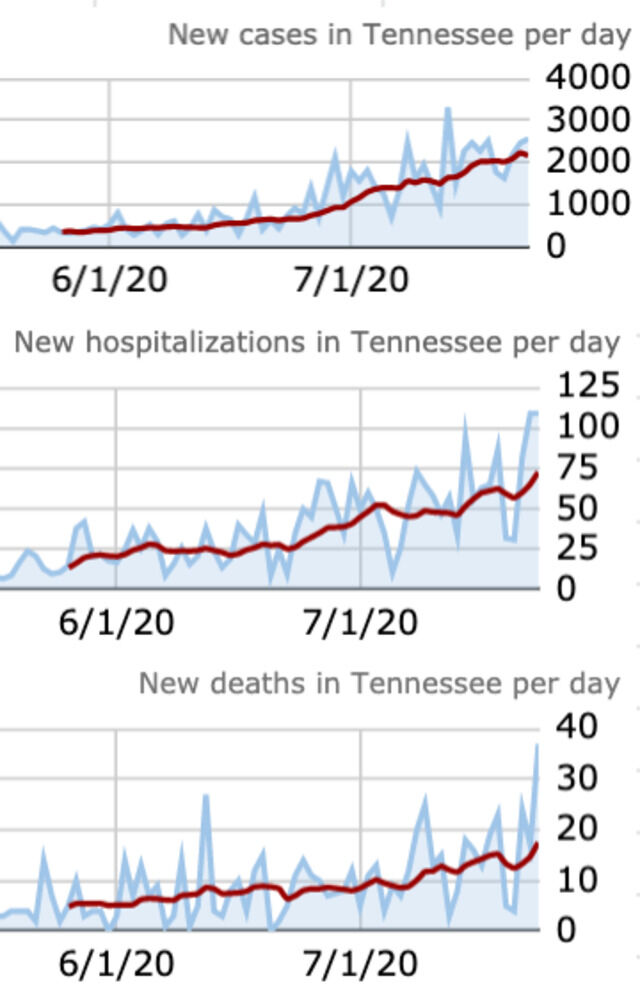 69 new positive cases were recorded by the state Thursday, but the death toll rose to 21. One was added to the number Wednesday, making this three deaths recorded in Williamson in the last two days.

The Tennessee Department of Health has reported a total of 86,987 cases of COVID-19 across the state, up 2,570 cases since Wednesday on 32,122 new test results.

The number of active cases in Tennessee has risen 42 percent in the past two weeks, a slightly slower rate of growth than a few weeks ago. On Thursday, the state reported an all-time high of 34,401 residents currently infected with the virus.

The number of patients hospitalized with COVID-19 has risen more than 24 percent in the past two weeks, with 1,049 people hospitalized throughout 102 facilities statewide. Another 416 individuals hospitalized are awaiting test results.

In terms of capacity, the state reports that 19 percent of inpatient beds and 16 percent of ICU beds remain available. Nearly 67 percent of the state's ventilator supply — which was low in March until officials acquired about 1,000 more — is still available.