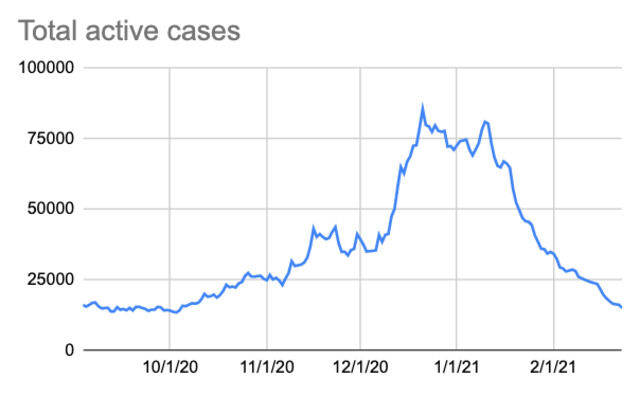 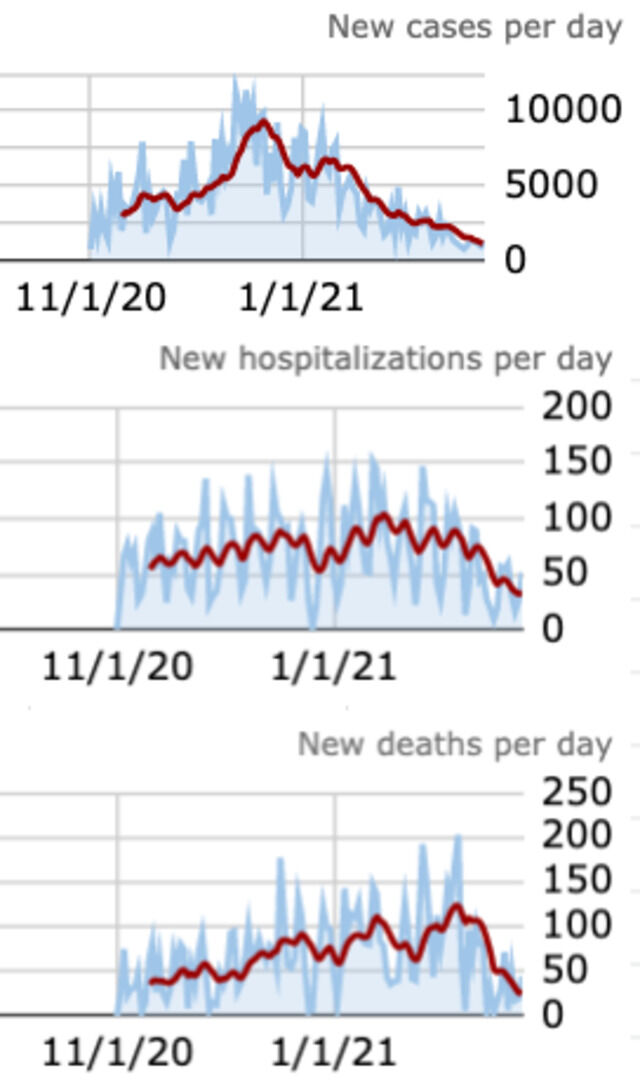 Williamson County has moved past the 25,000-COVID-19 case threshold this week as its overall tally continues to grow.

Nearly a year after the pandemic's start, Williamson's numbers now stand at 25,011, with 630 of those cases active.

24,179 people in the county have either recovered or had their cases deemed inactive, while 202 people have now died.

166,202 negative tests have been conducted thus far in the county.

The number of active cases has fallen 42 percent in the past two weeks, extending the positive trend that started shortly after New Year's. On Tuesday, state health officials reported that 15,060 individuals are currently infected with COVID-19.

The number of patients hospitalized within the state has fallen 20 percent in two weeks, with 972 people at 114 hospitals now being treated for illness caused by the virus. In terms of capacity, the state reports that 16 percent of inpatient beds and 14 percent of ICU beds remain available. Nearly 78 percent of the state's ventilator supply is still available.

According to the state, 394,405 Tennessee residents have been fully immunized against COVID-19, about 5.5 percent of the total population. More than 120,000 doses of vaccine were administered in the past week, with 48 percent allocated to people 70 years and older.

Officials with the Tennessee Department of Health and the Centers for Disease Control and Prevention will oversee vaccine distribution operations in Shelby County after the local health department wasted 2,600 doses and an additional 50,000 doses were found in storage.

Health Commissioner Lisa Piercey said the doses had been wasted throughout the month after their expiration date, noting an internal investigation found no evidence of malicious intent.

While looking into the wasted doses, the state also discovered the pharmacy in the Shelby County Health Department was storing two times the number of doses it should have, according to Piercey, with only two weeks until their expiration.

“What this gives us is a sense of urgency to distribute these doses and make sure no more go to waste,” Piercey said in a call with reporters Tuesday afternoon. “The people of Shelby County deserve efficient and effective access to this vaccine.”

On top of overseeing operations, Piercey said state officials will suspend their vaccine allotment to Memphis’ health department until the backlog of doses is used. Doses that typically are delivered there will instead be shipped to other vaccine locations in Shelby County.