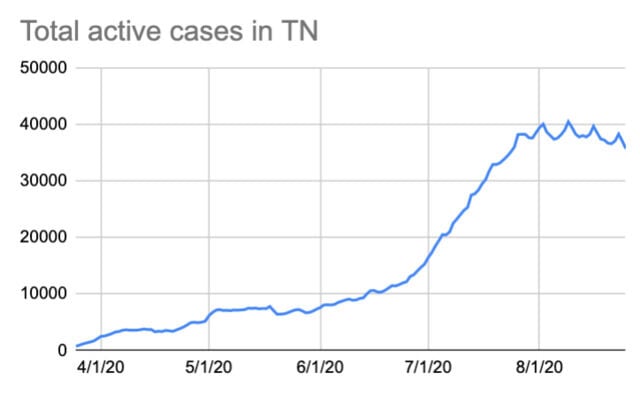 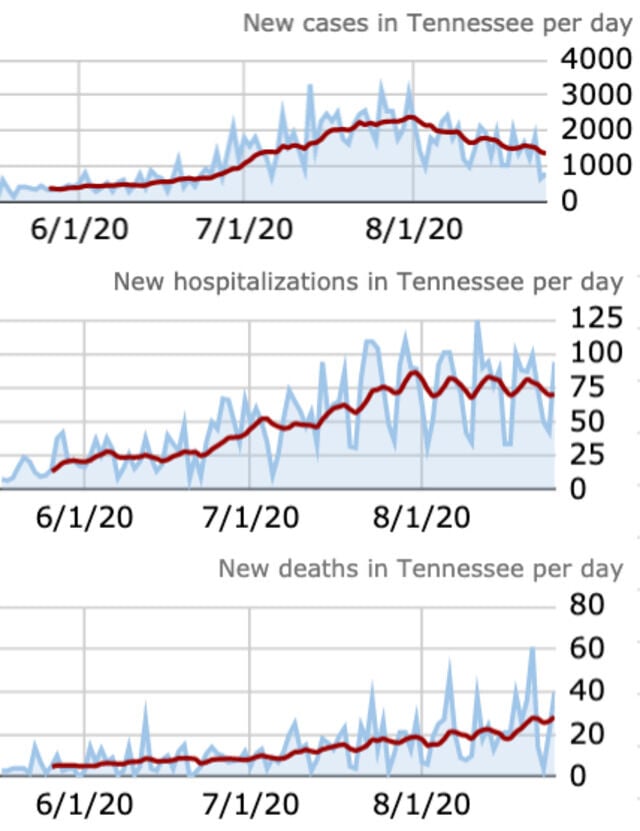 Williamson County saw one of its lowest days of reported new cases in quite some time Tuesday.

27 have died in the county and 49,483 negative tests have been processed thus far.

The number of active cases in Tennessee has remained relatively flat in the past two weeks, signaling a slowing of the virus’ spread as testing volumes recover from backlogs and the statewide positivity rate incrementally drops. On Tuesday, the state reported 35,754 residents are currently infected with COVID-19.

The number of patients hospitalized with COVID-19 has fallen nearly 20 percent from the figure two weeks ago, with the state reporting 923 people currently hospitalized throughout 108 facilities and making up about 11 percent of all hospitalizations statewide. Another 176 hospitalized individuals are awaiting test results.

In terms of capacity, the state reports that 19 percent of inpatient beds and 18 percent of ICU beds remain available. Nearly 69 percent of the state's ventilator supply — which was low in March until officials acquired about 1,000 more — is still available.

Hall of Fame to reopen Sept. 10

The Country Music Hall of Fame and Museum on Tuesday announced it will reopen its gallery to the public on Sept. 10 with a mask mandate and entry limitations.

In compliance with the the city’s “Good to Go” program, the museum will conduct temperature screenings on all staff and guests as well as implement intensive cleaning protocols to limit the spread of COVID within the facility and among its staff and visitors. The facility has also adopted timed ticketing and touchless transactions to regulate the flow of guests and limit contact with high-use surfaces such as credit card machines.

"We closed March 13, and since that day we have been anticipating and preparing for the museum’s reopening," said CEO Kyle Young. "The museum places its highest premium on health and safety. Because there has been steady improvement in the number of COVID-19 cases and a significant decline in transmission rates locally plus a decrease in new cases nationally over the past four weeks, we have decided to reopen. The museum experience will be slightly different [... b]ut our commitment to sharing the country music story has not changed."

Tours of the museum's Hatch Show Print and Historic RCA Studio B sites will resume in a limited capacity and its Taylor Swift Education center will remained closed for the time being. Members of the museum will gain access to the exhibits a day earlier on Sept. 9.