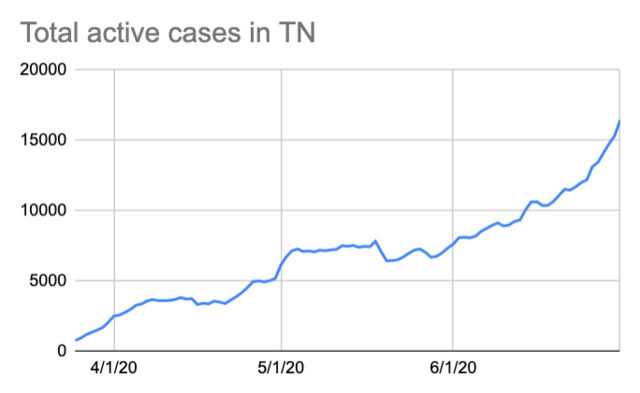 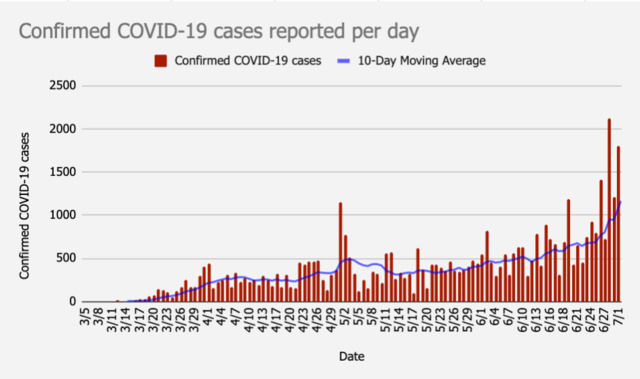 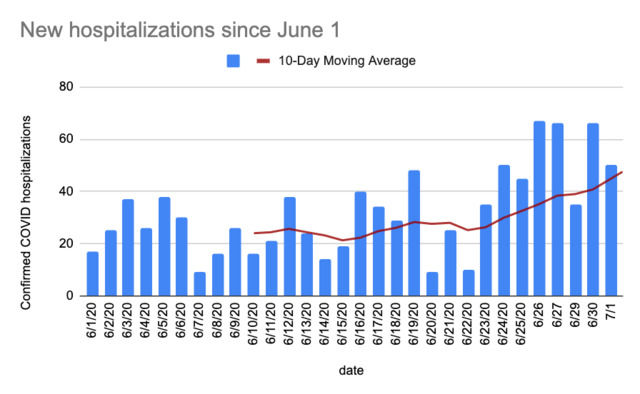 Williamson County has set a new record for a single-day increase in coronavirus cases.

The 77-case jump comes as the overall case count went from 1,013 to 1,090 Wednesday. It also coincides as the Tennessee Department of Health reports its own record for a single-day increase for the state as a whole.

Williamson still stands at 14 deaths and has now processed 17,576 negative tests since the pandemic began, per the state.

The Tennessee Department of Health has reported a total of 45,315 cases of COVID-19 across the state, up 1,805 cases since Tuesday from 24,743 new test results, the highest number of cases the state has reported in a single day.

The number of active cases in Tennessee has risen 37 percent in the past week. On Wednesday, the state reported another all-time high of 16,423 residents currently infected with the virus.

As of Wednesday afternoon, 527 confirmed coronavirus patients were hospitalized statewide and 312 patients were awaiting test results — making up less than 5 percent of all hospitalizations statewide, according to the health department.

In terms of capacity, the state reports 20 percent of inpatient beds and 21 percent of ICU beds are available.

Nearly 71 percent of the state's ventilator supply — which was low in March until the state bought about 1,000 more — is still available.