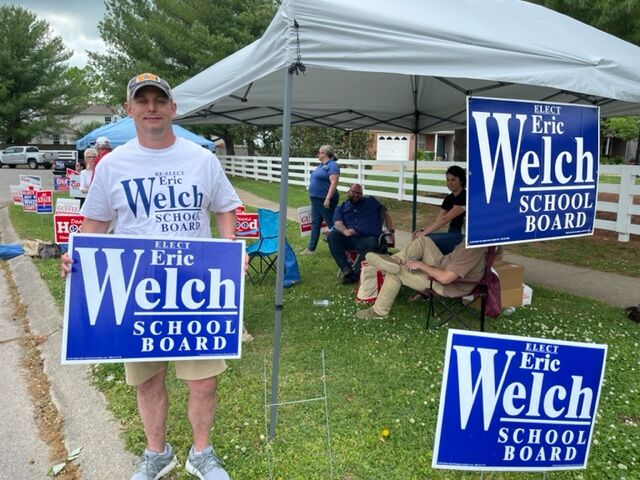 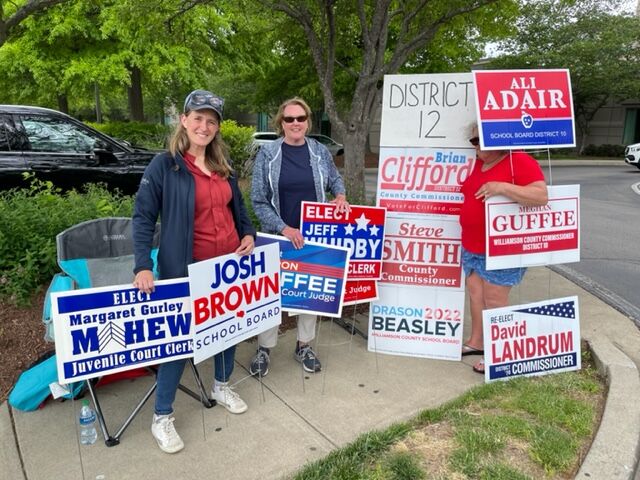 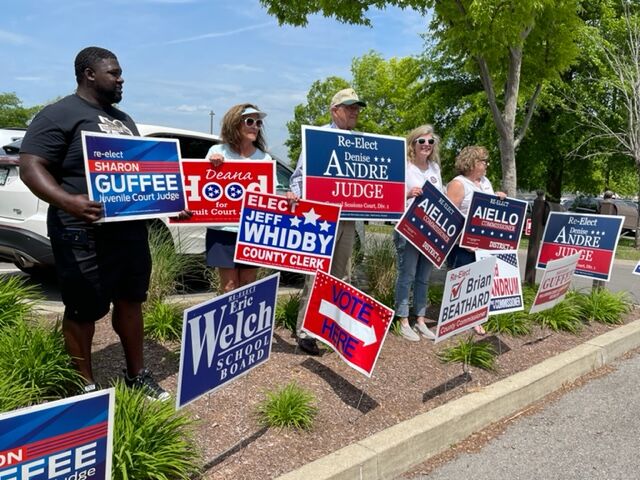 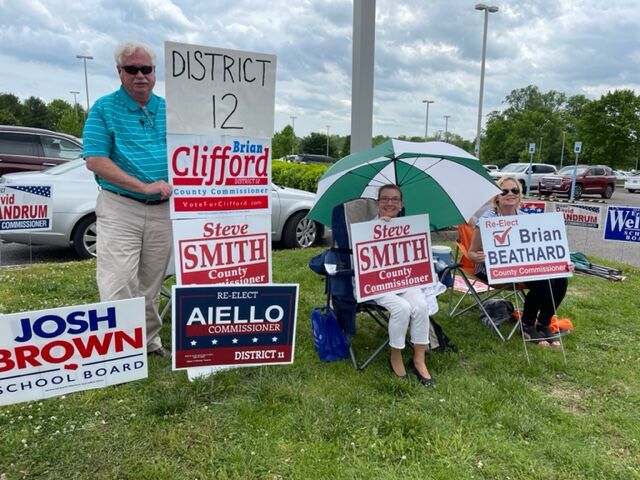 Campaign workers at Church of the City 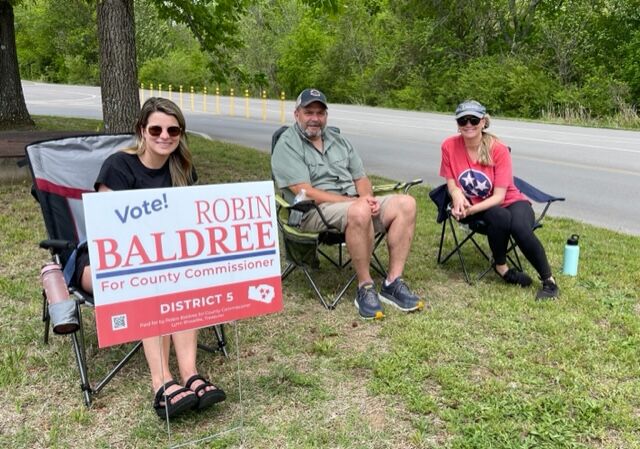 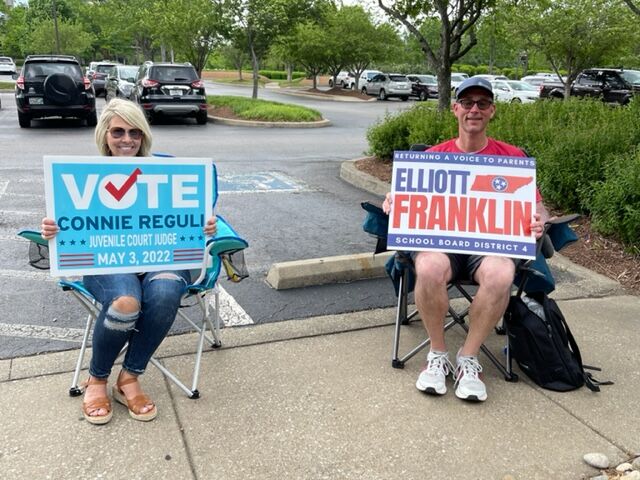 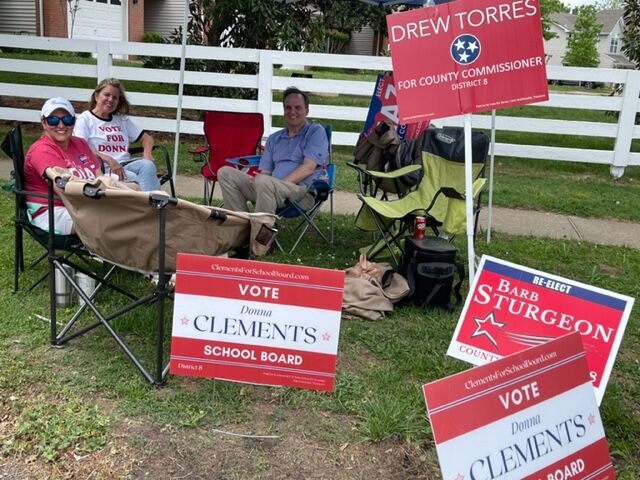 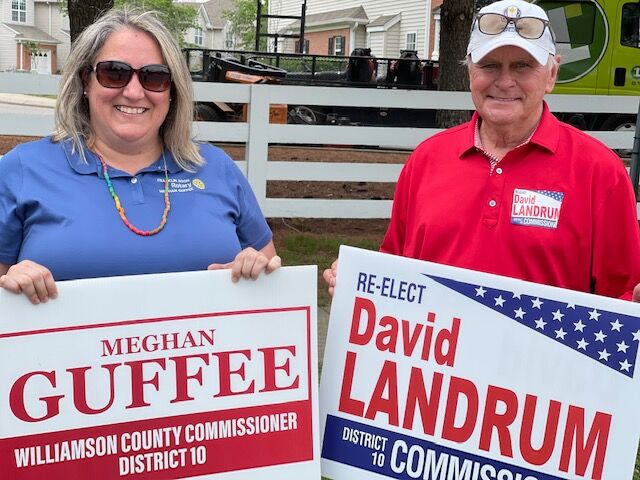 Campaign workers at Church of the City

The four incumbents from the Williamson County Board of Education who ran in Tuesday night’s Republican primaries will move on to face challengers in August after winning their district seats.

Eric Welch, who has represented District 10 for a total of nearly 10 years in two separate terms, barely got by Ali Adair with 699 votes to her 661, or 51%. Welch will face Democrat Jennifer Haile and independents William “Doc” Holladay and Tangie Lane in August.

He said he wasn’t particularly surprised at his close margin of victory.

“I thought Ali ran a really solid campaign that was issue-focused and very civil,” Welch said. “I’m not surprised it was a tight one, but happy how it tuned out, obviously.”

Brown, who took over as District 4 rep after he was appointed by the Williamson County Commission to replace Brad Fiscus last fall, beat Elliott Franklin by a margin of 820-606, or 57% of the votes. Brown goes against Democrat Bob Britton and independent Del Wright.

Dan Cash from District 2 and District 6 representative Jay Galbreath had no opponents in the primary, and will be taking on challengers at the Aug. 4 general election. Cash meets Tiffany Eccles, an independent, while Galbreath goes against Kristi Bidinger and Deborah Pace, both independents.

In District 8, a seat that had been held by Candy Emerson before she vacated it a few months ago, Donna Clements defeated Shauna Graham by a count of 1,150 votes to 858, or 57%. She will face independent Ken Chilton in August.

“I am honored by the trust the voters placed in me, and I look forward to having the opportunity to serve the families of District 8 on the school board,” Clements said.

“I want to commend my opponent, Dr. Shauna Graham, who ran a strong campaign and worked very hard. Her supporters are loyal and passionate about making Williamson County Schools the best possible, and it would be an honor to earn their support for the general election in August."

Drason Beasely, who serves as the director of the Williamson County Juvenile Detention Center, outlasted Jamie Lima with 1,039 votes to 764, or 58%, to win the District 12 seat. He will go against current board chair Nancy Garrett in August.

There was a total of 20,550 votes cast Tuesday, 11.18% of registered voters in Williamson County. Click here to view complete results.