The lawsuit, filed in Davidson County Chancery Court on Wednesday, focuses on the new maps for the state legislature and not the new congressional map, which splits Nashville into three Republican-friendly districts.

According to a release, the state party is covering the legal fees. Attorneys for the plaintiffs include David Garrison, Scott Tift and John Spragens.

“Tennesseans should pick their own representatives and not the other way around,” TNDP Chair Hendrell Remus said in the release. “From the very beginning, we doubted that the Tennessee redistricting process would be open and fair. Unfortunately, Republicans also violated the law while gerrymandering our state. We’re proud to be supporting these individuals in their efforts to ensure equal representation for every Tennessean.”

The suit asks for a court injunction to halt implementation of the new maps and give the legislature 15 days to draw new ones. Specifically, the complaint highlights the legislature’s decision to divide “more counties in the House of Representatives reapportionment plan than necessary” and a failure to consecutively number senatorial districts in Davidson County. 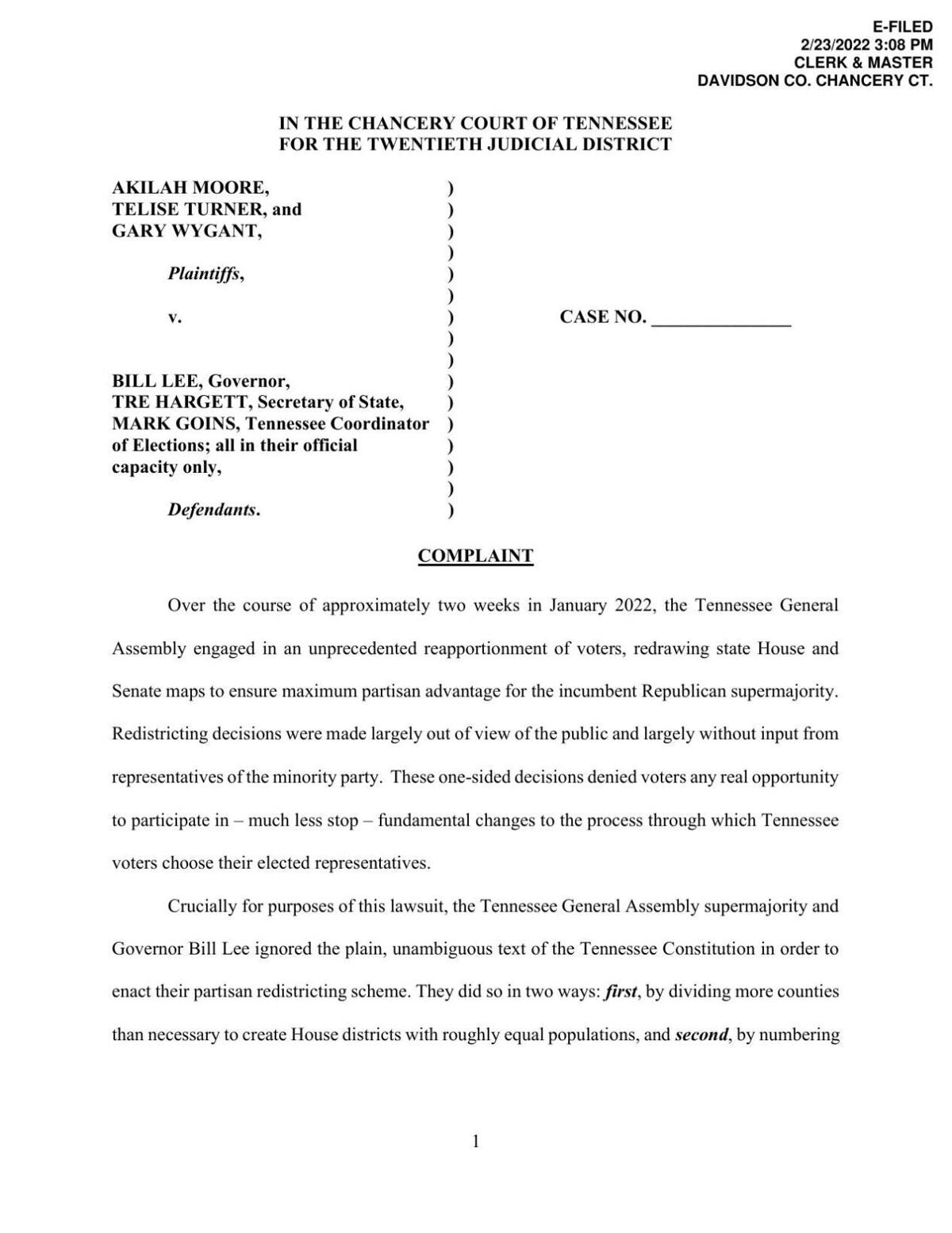