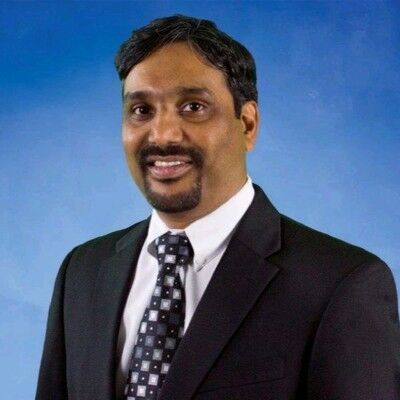 Vacant land at 5445 Wall Street in the foreground. Shirebrook community in the background.

Vacant land at 5445 Wall Street in the foreground. Shirebrook community in the background.

A Brentwood-based real estate developer has snagged several lots at the corner where Commonwealth Drive meets Wall Street with the intent to build a significant structure.

The developer — Dwaraka Investments, LLC. — has retained Bowling Green, Ky.-based DDS Engineering as for land surveying, civil and geotechnical engineering onsite. DDS also serves as Dwaraka’s project applicant, dealing with the Spring Hill Municipal Planning Commission on Dwaraka’s behalf. The development has been named “Wall Street Commons,” according to site plan documents. Progress with the city has been slow for DDS.

The Brentwood firm is registered to Vamsi Mohan Dara who serves as director of application development, big data, cloud solutions and enterprise-scale digital architecture for MyBenefitsChannel in Franklin, a role he has held for five years. MyBenefitsChannel is a local provider of administrative services in the human resources space.

Dara’s target property is currently zoned C-4 for a type of mixed-use development that is more inclined toward hyper-industrial corridors, which differs slightly from C-3. The latter would be more commonly indicative of the type of mixed-use development that juxtaposes retail with restaurants and office space in a walkable, urban construct, but current zoning might still facilitate the same businesses with less accommodations for foot traffic.

However, the site plan — deferred for its final reading until next month — does aim to install 575 feet of bike lane space and integrate it into the city’s preexisting Bike and Greenway Plan, segments of which remain under development. The applicant is expected to comply with this modification as recommended by city staff and line the frontage of its property with the bike lane.

This addendum came about as a result of the developer proposing that two lots be consolidated into one and that the public utility easement between them be removed. This would seamlessly integrate the five acres.

The property, located at 5445 Wall Street, sits opposite Shell Gas Station. Across Commonwealth Drive, it also sits opposite a retail center called Wall Street Plaza, which contains, among others, Red Tiger Martial Arts, Red Seven Pizza Co. and Inspired — a flooring boutique. That property, managed by Centennial Retail Services, has commercial space available, and it is also zoned C-4.

Behind Wall Street Plaza, however, is zoning shifts to accommodate multifamily residential properties. The Shirebrook townhome community flanks Wall Street Plaza to the south. This is the only non-commercial zoning in the vicinity of the developer’s property, but the five acres stretch back far enough for its southeastern corner to be directly across the street from the Shirebrook neighborhood. The residential community’s presence may suggest commercial development in its proximity could make for a savvy investment.

The site plan has thus far been presented with few details on what the development will entail. The proposal has been before the city for several months, and last month, DDS showed up to move the plan along after deferring the previous reading also. However, the new deferral comes after DDS conceded that the plan needed more time to comply with the city’s requirements.

“There is a site plan that is in the process. However, the last reading that we had, there were several corrections that needed to be made,” said Jeremy Brown, Director of Civil Engineering at DDS. “We didn’t want to push it and turn in something that was not ready, so we thought it was best to make sure we had ample time to address all the concerns that were identified.”

DDS Engineering acquired Smith & Associates in October 2001. The latter had been very active in rendering similar services throughout the northern parts of Middle Tennessee, including the Greater Nashville area.