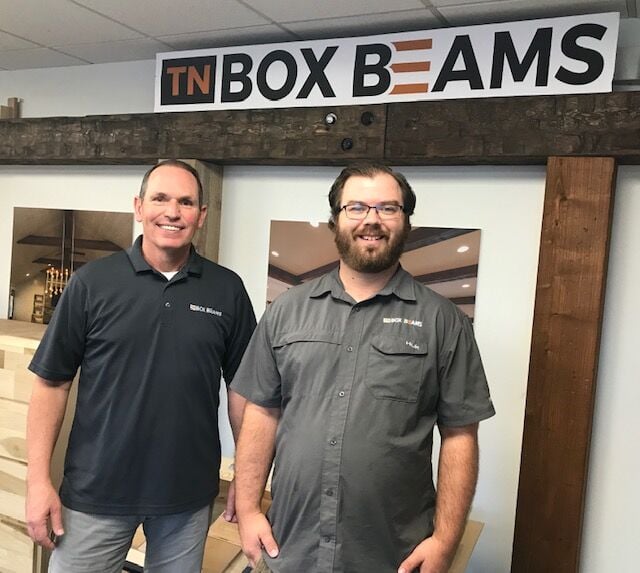 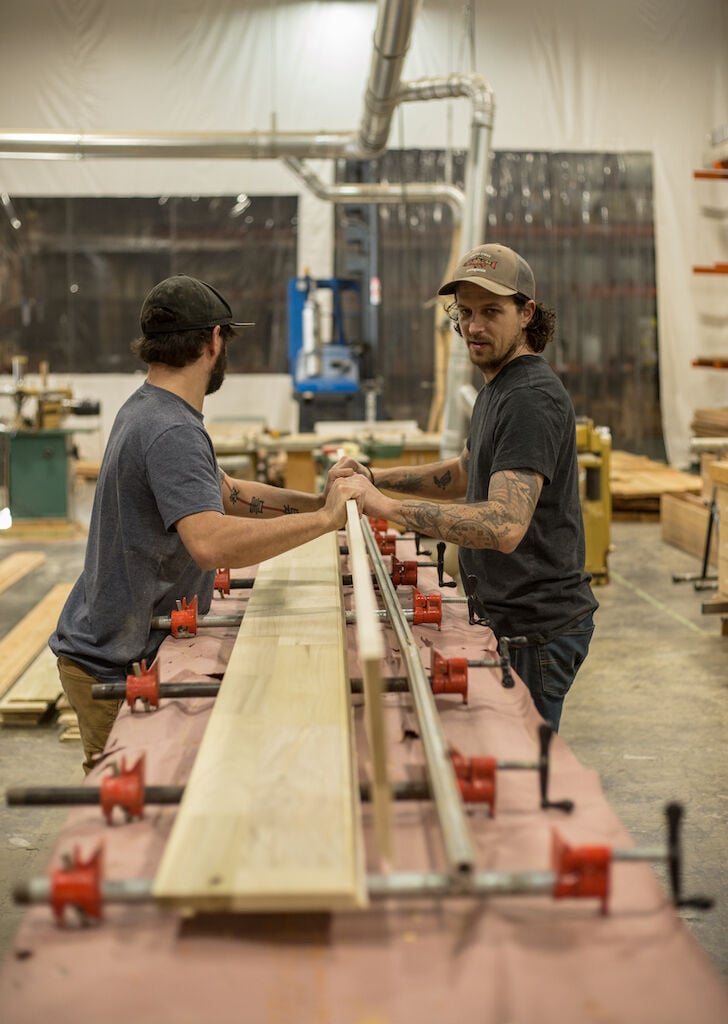 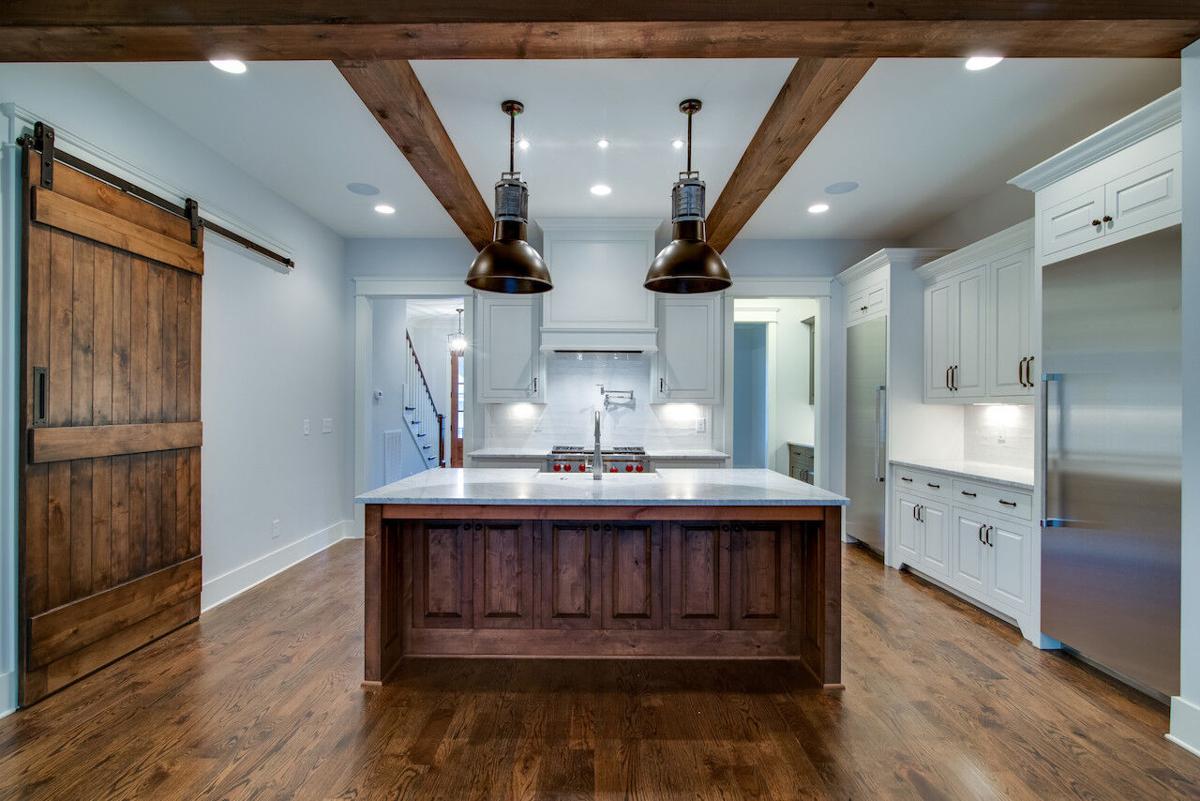 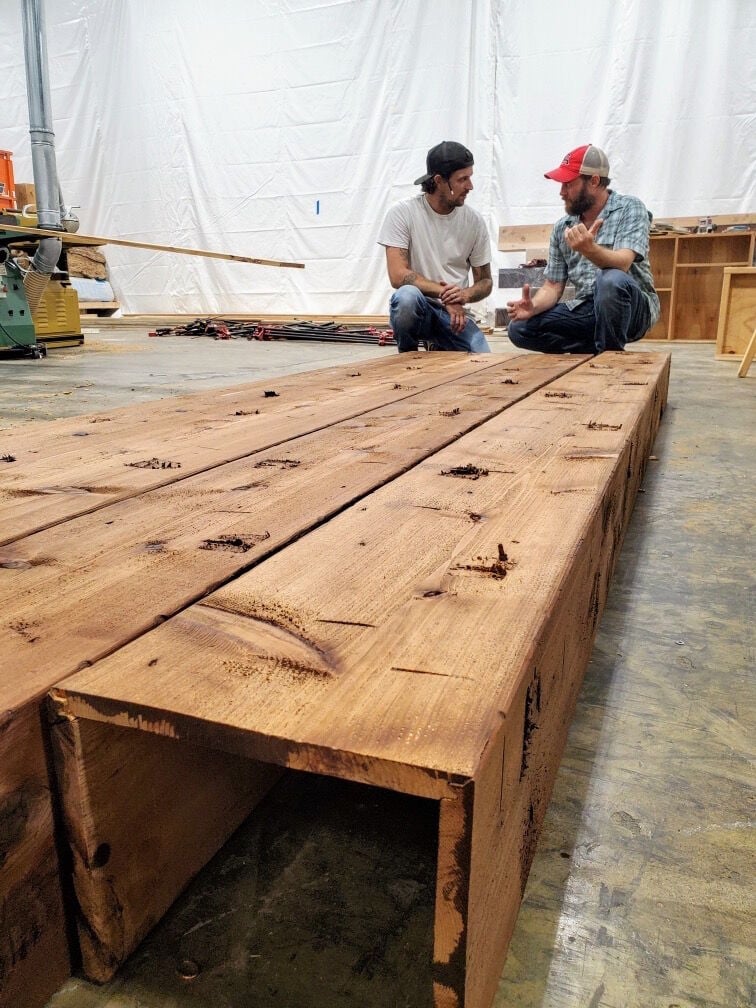 There was a time when Kenny Bowling, business manager for the Franklin company TN Box Beams, was so lacking in motivation that showing up for his job was a monumental challenge.

Coming from a broken family and having had a drug problem that started with smoking marijuana in the eighth grade, the Amarillo, Texas, native had no clear idea of where his life was leading him in his vulnerable years.

“Thinking back to at one point in my life, I didn’t even think I was going to be able to hold down a job,” said Bowling, 30. “It was a struggle just to go to work every day and be on time. To see my life go from that to where it is now is kind of surreal.”

What helped to make the surreal a reality was Bowling’s discovery of the Franklin-based nonprofit Narrow Gate Foundation and its eight-month program that helps give guidance to young men in their transformative years.

TN Box Beams is one of the arms of the Narrow Gate Trading Co., and some of its profits go back to the Foundation and to pay tuition for those who participate in the program. Bowling is one of several Narrow Gate Foundation graduates who found work there.

“I thought this was really my last opportunity to just set everything aside and go spend eight months in the woods and just see God, to find either clarity or maybe a new way of thinking,” Bowling said.

In its showroom and production shop on Beasley Drive in south Franklin, TN Box Beams manufactures wood beams that are made from red cedar and are considerably lighter in weight than traditional solid timber beams and are easier to install. They’re used for ceiling beams, mantels, floating shelves and furniture, and they’re made to last longer than traditional timber as a result of a special design that Bowling created.

His innovation has led to appearances on HGTV programs, including on the popular series Property Brothers. And in August, Bowling was awarded a place on the national “Woodworking Industry 40 Under 40 Class of 2020” as announced on the Woodworking Network.

“It caught me by surprise,” Bowling said of the award. “It’s been awesome, and I’m very grateful for it. To be honest, I don’t like being in the spotlight at all, but it has been an honor.”

Bowling came to the Narrow Gate Trading Co. and what would eventually become TN Box Beams after graduating in June 2016 from the Narrow Gate Lodge, a 122-acre retreat near the Duck River in Maury County. It’s there where Bill and Stacy Spencer founded a faith-based program that helps men ages 18-25 who are searching for direction in their lives to discover their purpose and passion.

Since beginning Narrow Gate 16 years ago, the Spencers have helped some 450 young men go through a life-changing transformation. The program is based on a variety of facets, and a central one is craftsmanship.

“There’s something about craftsmanship that teaches them truth and transformation, both inside and outside,” Bill Spencer explained. “A craftsman has to be willing to be changed on the inside. … That process of discipline applied to life is the same process applied to profit. So we built an entire company on this idea of transformation.

“We transform the look of rooms, but in the process of learning how to do that, we actually become better, more disciplined and have a greater ability to apply that discipline.”

Bowling can attest to that. He came to TN Box Beams with experience in cabinetry, and was eventually promoted to his current position by continuing to hone his woodworking skills and meshing them with an increasing aptitude for sales.

“It’s been amazing,” Bowling said, “just being challenged to grow as a leader and seeing my potential to be bigger than what I thought I could be.”