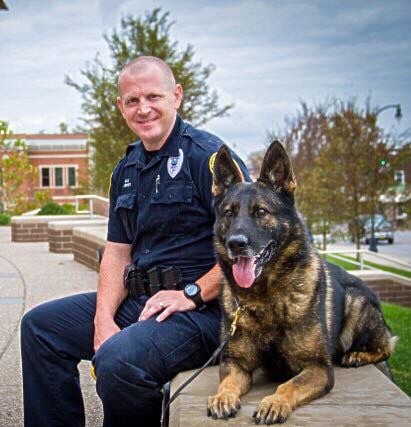 Brett and Axel were partners on the Franklin Police K9 unit for eight years. 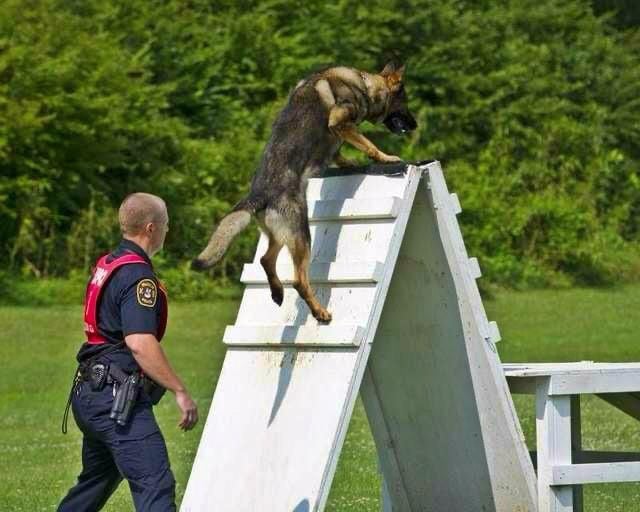 Brett Spivy and Axel worked hard in training with each other. 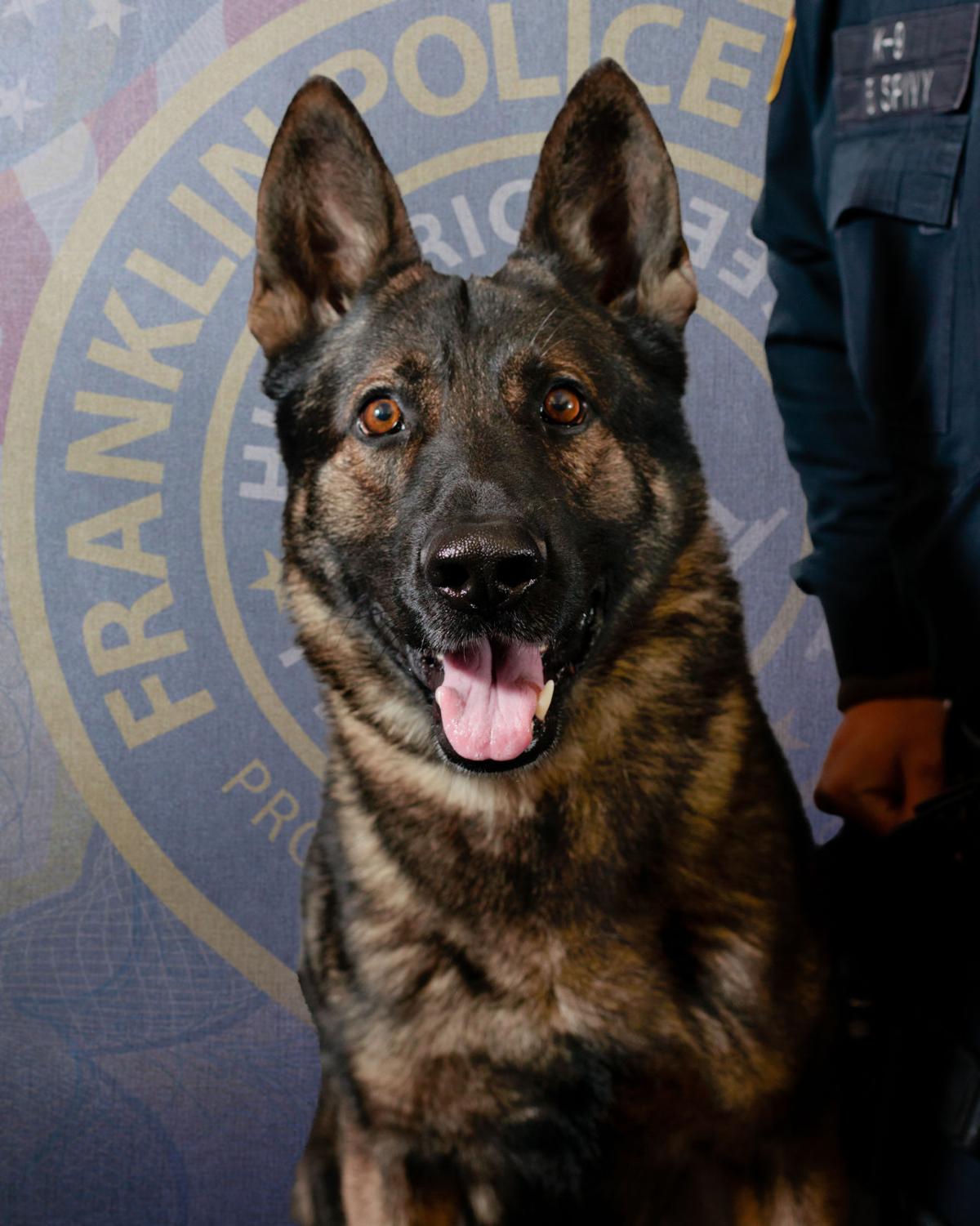 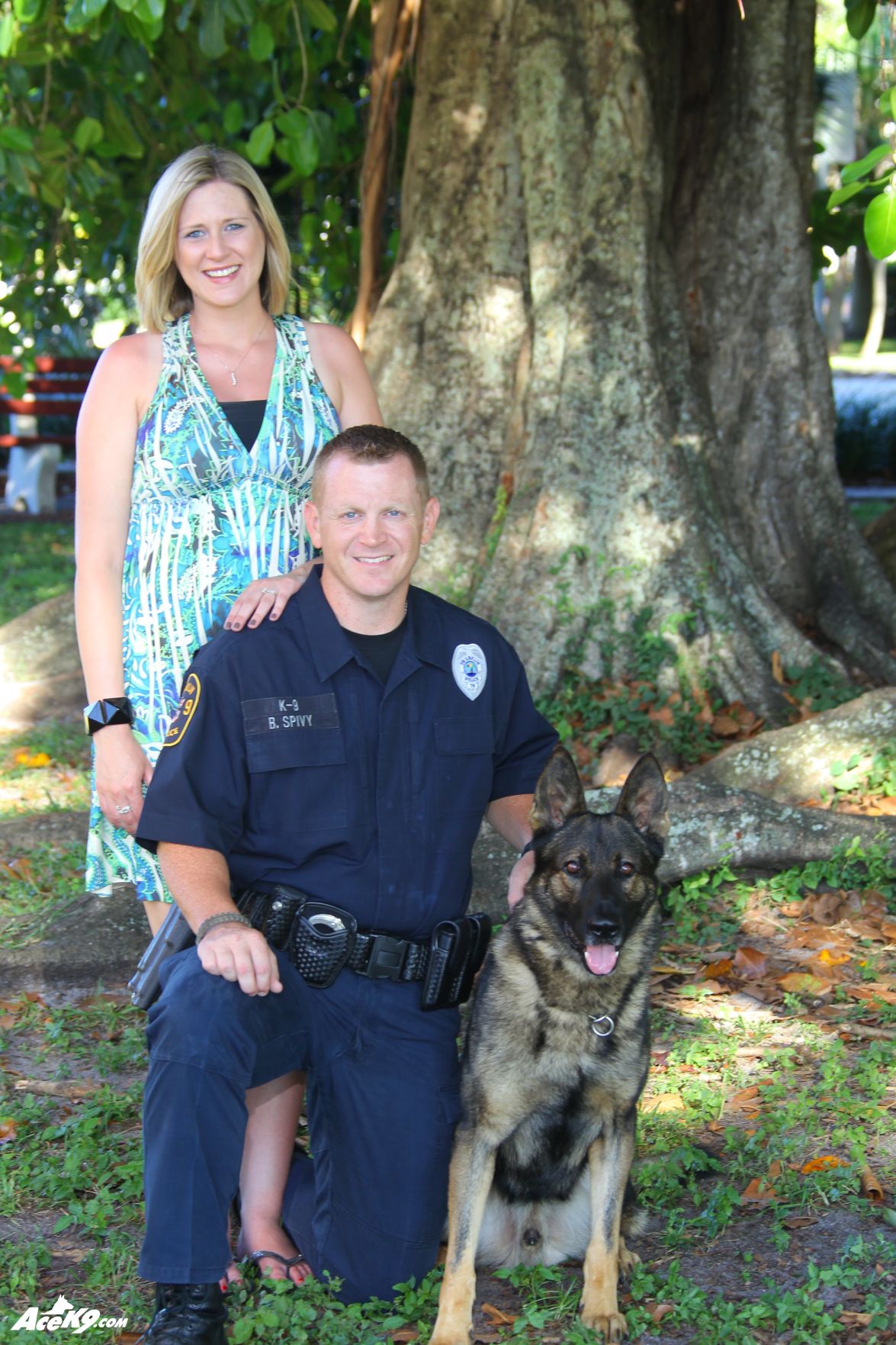 Axel was a friendly family dog to Brett and Diana Spivy.

In his eight years on the K9 unit of the Franklin Police Department, a German shepherd named Axel encountered and helped to apprehend a wide range of criminals.

According to his owner and handler, former Franklin Police officer and Spring Hill resident Brett Spivy, Axel was all business and fully dedicated to the department in his dual-purpose role of narcotics detection and patrol duties including tracking, apprehension, evidence location and suspect location. He earned quite the reputation, and a few awards, for what can be considered his work ethic.

But it’s the other side of Axel that Spivy will miss the most. His beloved work partner and friend died at the age of 13 on Feb. 7, leaving what Spivy has called a “massive void” in his heart.

“He was a gentle giant,” Spivy said earlier this week. “One of my favorite things we did together was public demonstrations, going into schools and showing what Axel could do. We visited with age groups all the way from a 3-year-old daycare class to a retirement home and everywhere in between. He impacted a lot of people, just by his presence.

“He could be the most loving animal. But if I said, ‘hey, we’ve got to do some work,’ he would cut it off and immediately be ready to go to work.”

Spivy joined the Franklin Police Department in 2007, and a year later he was assigned to be the handler of Axel. They formed a special bond, Spivy said, and they diligently worked side by side until Axel’s retirement in 2016.

“I had zero experience as a handler,” said Spivy, who left the Franklin Police in 2017 and now works for the 24th Judicial District Drug Task Force. “Through the course of his career he guided me and led me down paths and to successes that I would have ever imagined.

“He had such a strong personality and he had a stoic demeanor. He never let anything get to him. No matter how much pressure was put on him in training, no matter how difficult a certain aspect of the job was, he never gave up. I saw very early on in training that he had some qualities about him that were going to benefit us greatly.”

Axel won a number of awards in his career, including national championships in K9 field trials, scent work, obedience and criminal apprehension. Spivy was recognized in 2011 with a Hope Award from the Full Life Assembly of God church in Franklin, having uncovered some 350 pounds of marijuana in two separate traffic stops. The credit, he said, goes to Axel.

“He sniffed both cars,” Spivy explained. “The first one had 340 pounds of marijuana, and in the second there were 10 pounds. Because of his work, I benefited by getting the award. But that award would not have been possible at all without him.”

Spivy said Axel was also the inspiration for what would become Aron’s Law, a state law that was instituted in 2015 that makes the intentional killing of a police, fire or search and rescue animal a felony offense. The bill for that law, named for a K9 dog on the Metro Nashville Police Department that was killed in the line of duty, was prompted by Spivy, who said his bond with Axel was so strong that he couldn’t imagine the crime remaining a misdemeanor.

Axel enjoyed his nearly four years of retirement. Spivy and his wife, Diana, now have two sons ages 7 and 14 months, and Axel was both their playmate and their protector if that need ever arose. He basically died of old age, having lived to the life expectancy of work dogs.

His memory, Spivy said, will live on forever.

“I think my dog is the greatest dog that ever walked the face of this planet,” he said. “And the more I talk about him, the more he stays alive with me. … He led me through some dark times and he led me to and through so many great times.”