Former state House Speaker Glen Casada (R-Franklin) was arrested Tuesday morning, along with an ex-top aide, after a federal grand jury on Monday indicted the duo and charged them with bribery, fraud and money laundering crimes.

According to a release, Casada and former chief of staff Cade Cothren will make initial appearances before a federal judge later today.

The indictment is related to Casada’s and Cothren’s alleged work on Phoenix Solutions, which provided constituent mail services to members of the Tennessee General Assembly.

Casada was first elected to the House from Williamson County in 2002. He later rose to top GOP leadership roles and in 2019 was elected House speaker. He stepped down later that year after House Republicans passed a resolution of "no confidence" in Casada following a scandal involving racist and sexist texts sent between him and Cothren. Casada decided not to run for reelection in 2022 and instead unsuccessfully sought a Williamson County clerkship.

Cothren and Casada could not immediately be reached for comment.

The announcement also references a second member of the Tennessee General Assembly, though does not name them. Rep. Robin Smith (R-Hixson) was indicted on federal fraud charges earlier this year. 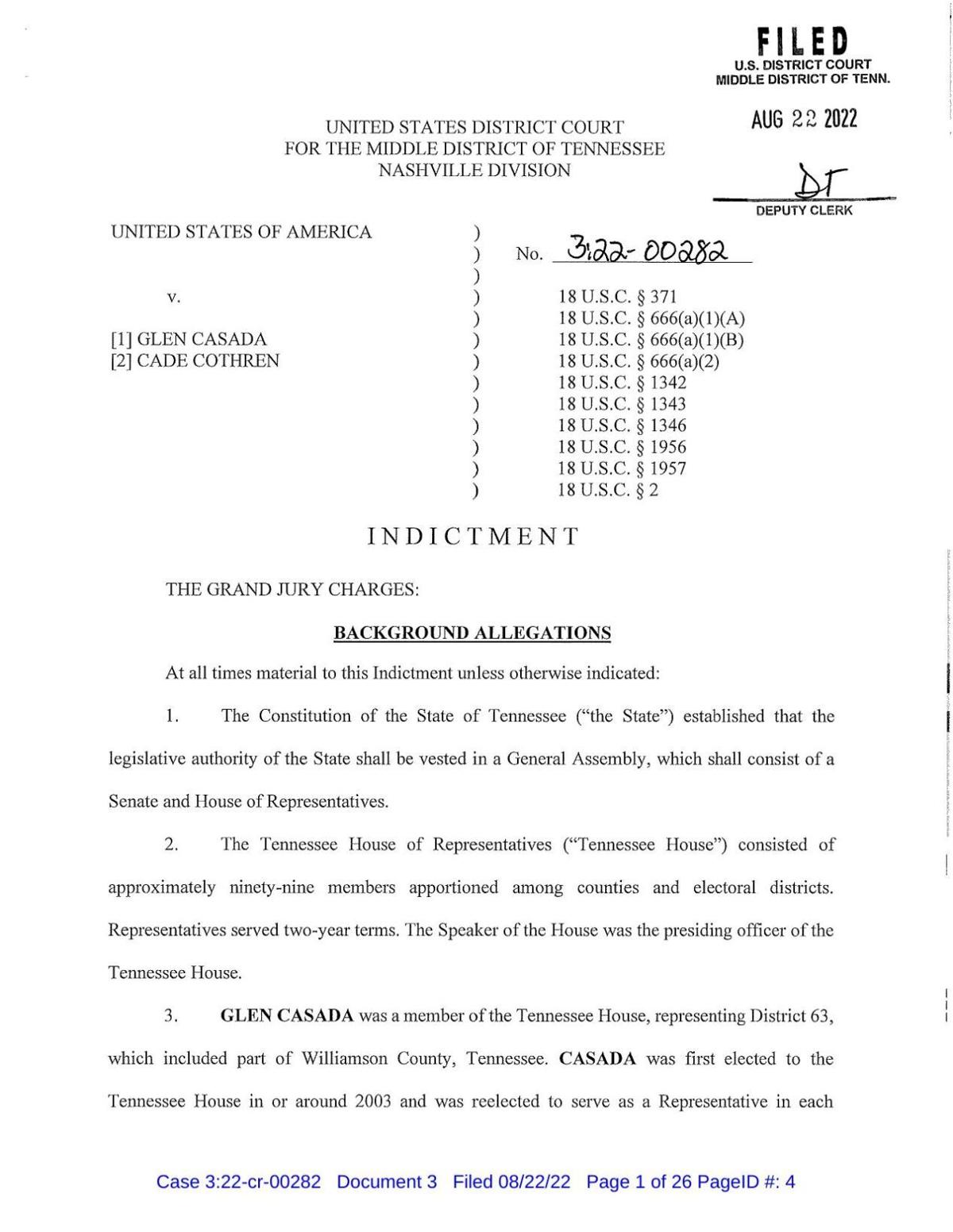