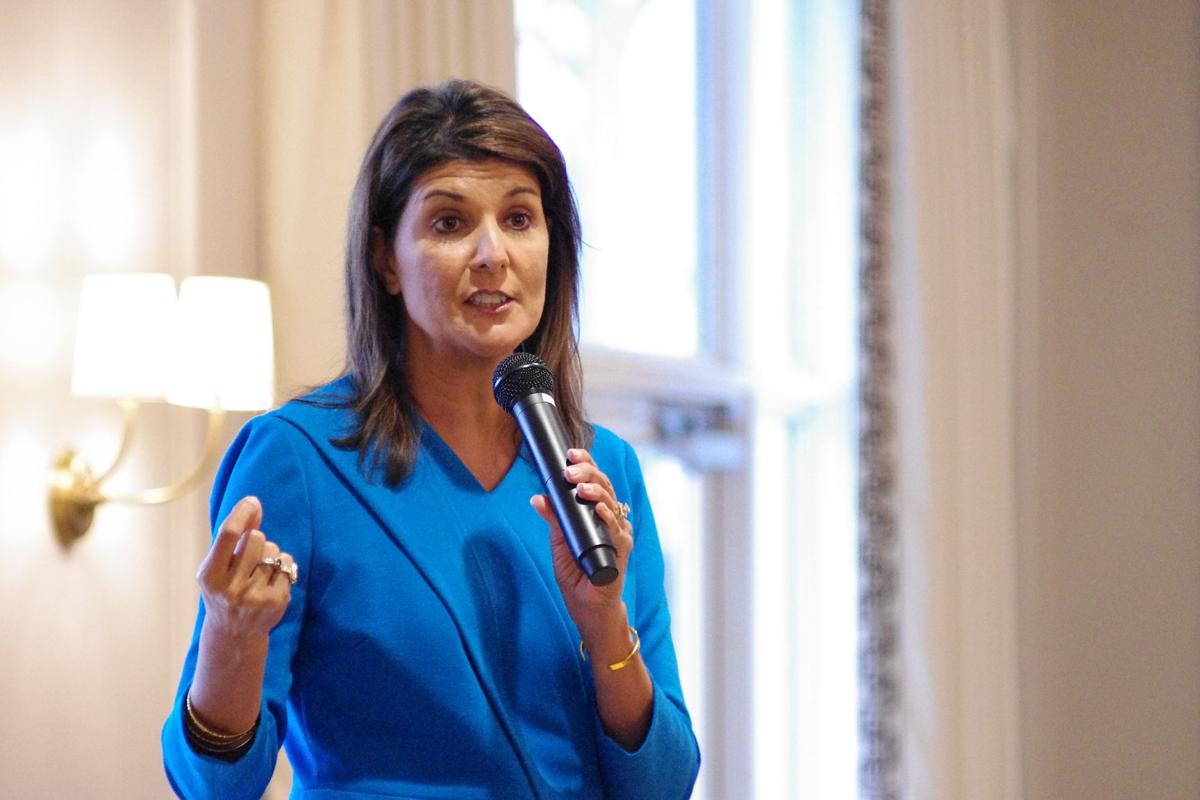 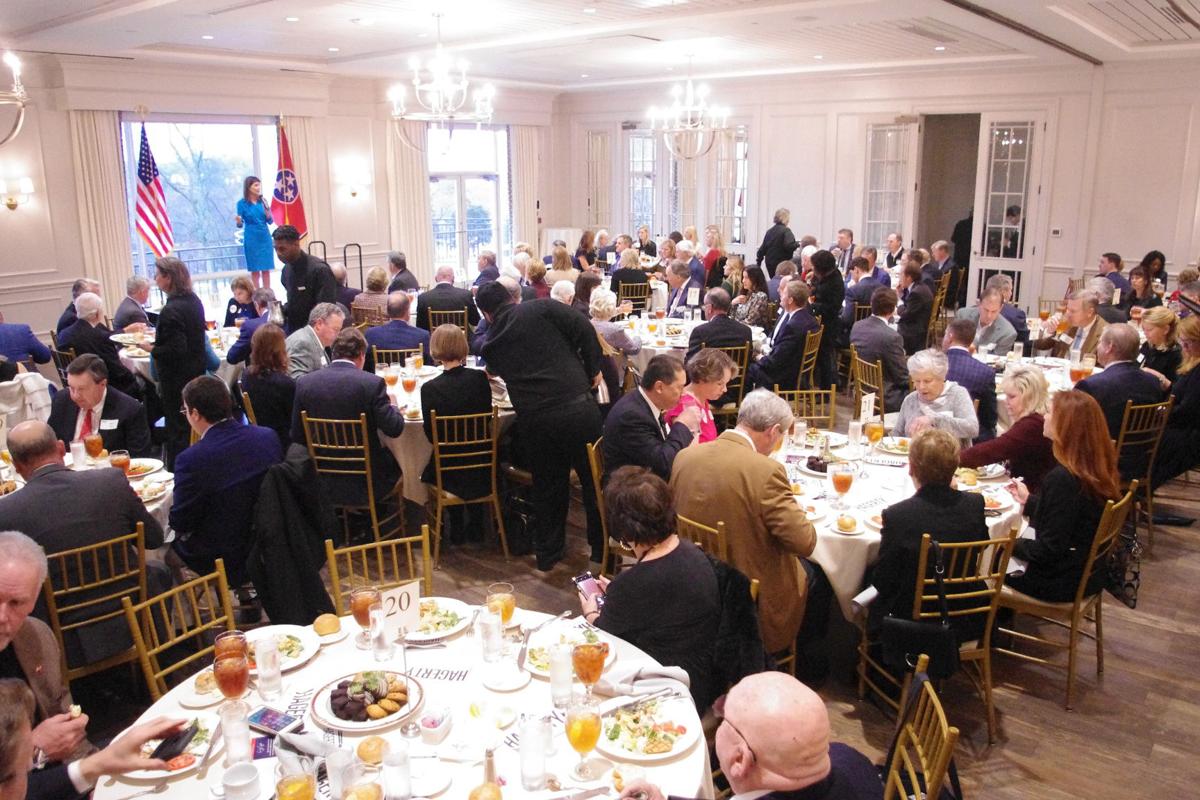 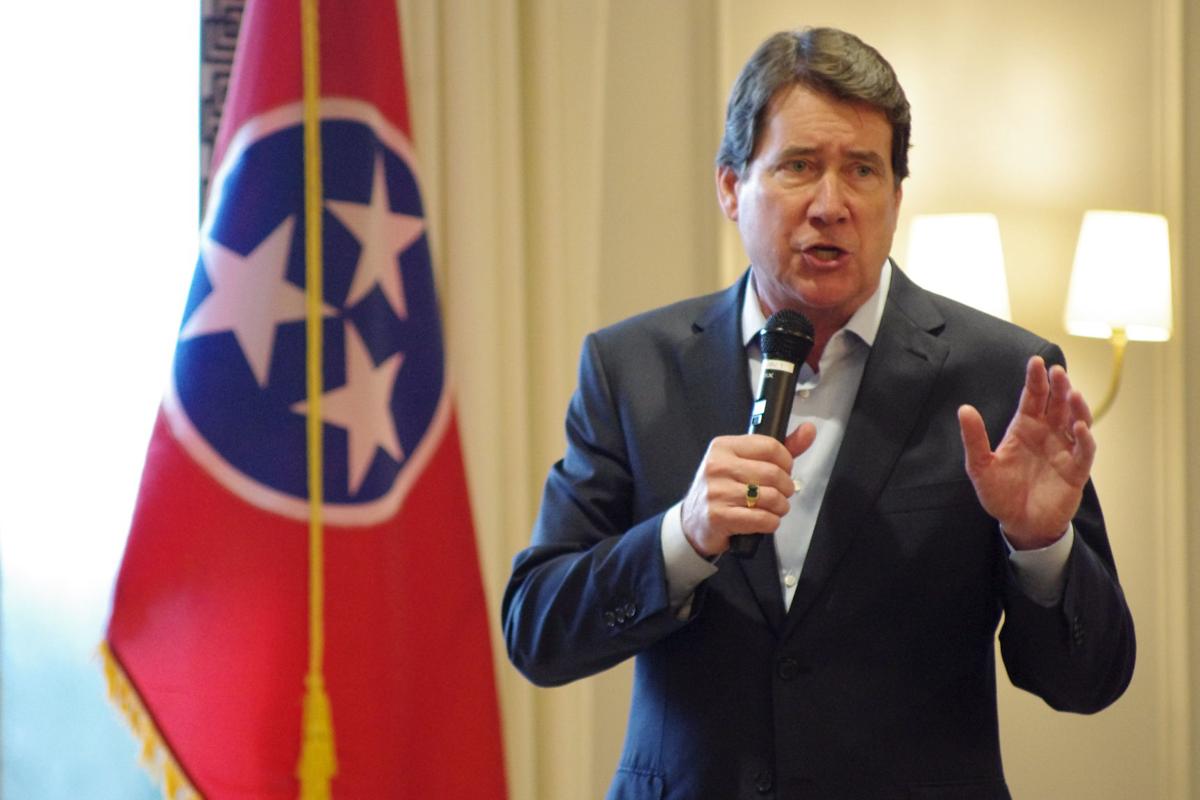 Senate candidate Bill Hagerty speaks during a campaign fundraiser at the Richland Country Club in Nashville.

Republican candidate for U.S. Senate Bill Hagerty spoke to potential voters Tuesday during a fundraiser at the Richland Country Club in Nashville, and was joined by Nikki Haley, former South Carolina governor and U.S. Ambassador to the United Nations.

Haley endorsed Hagerty in the upcoming 2020 Tennessee U.S. Senate race, and cautioned listeners that the alternative to electing someone like Hagerty, a “senator that’s going to support the president," was a Bernie Sanders administration.

“We need a senator that's going to fight with the president, support the president [and] get those things done that we really need to get done,” Haley said. “Do you know what the alternative is? The Democrats are working really hard to elect Bernie Sanders as their candidate. Do you know what that means? That means Medicare for All; 170 million people would lose their private insurance, that means that we would have open borders, and if you don't have border laws, you can give up everything this country was founded on.”

Haley championed Hagerty's commitment to capitalism as “the strongest voice to defeat poverty.”

“[A Bernie Sanders administration] means that we would have the Green New Deal, and all that we've done to fight to be energy independent would go away, and thousands of jobs would be lost,” Haley said. “That's what it is, and Bill Hagerty understands that capitalism is the strongest voice to defeat poverty and lift up people in the history of the world, and he'll continue to fight for that.”

Formally acting as the U.S. Ambassador to Japan, Hagerty resigned from his position in 2019 in order to run for Senate, with President Donald Trump officially endorsing him in July of last year. Hagerty also served in Gov. Bill Haslam’s administration as commissioner of the Tennessee Department of Economic and Community Development from 2011-2014, overseeing significant investments into the state from Bridgestone and Nissan.

Calling him a “great friend to the president,” Haley argued that Hagerty’s conservative family values, business expertise and solidarity with Trump to be reasons why he was “a good quality Republican,” and worthy of the U.S. Senate seat.

“A lot of people have said, 'why here, why Tennessee, why Bill Hagerty,'” Haley said. “I will tell you. There has never been a time where we have needed to be more focused as a Senate than we are right now, and the idea is not just having a senator with an R at the end of his name — it's having a senator with a quality R after their name. It's not that we have Republicans, it's the quality of Republicans, and I know that Bill Hagerty is a good quality Republican.”