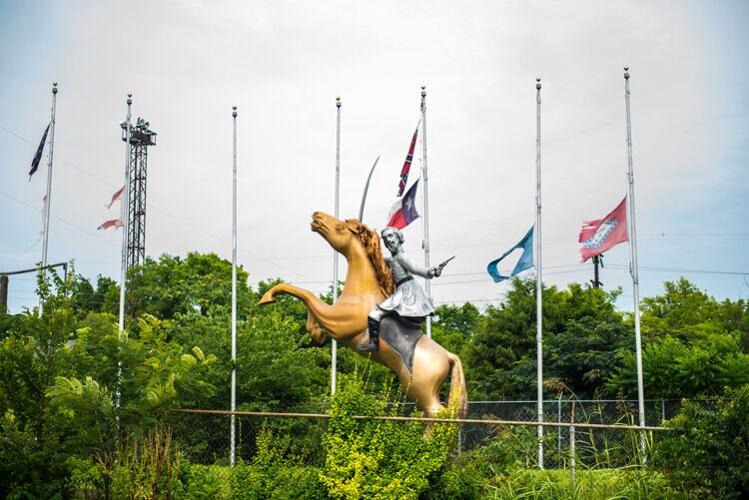 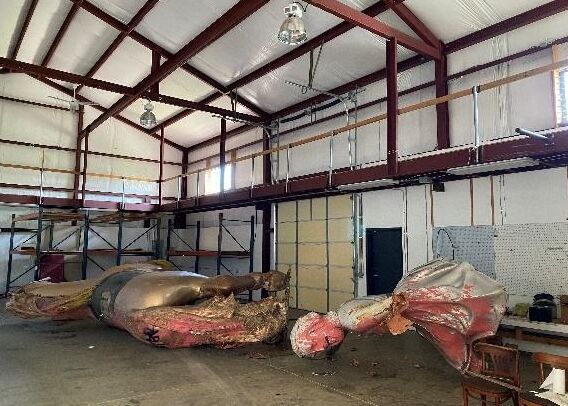 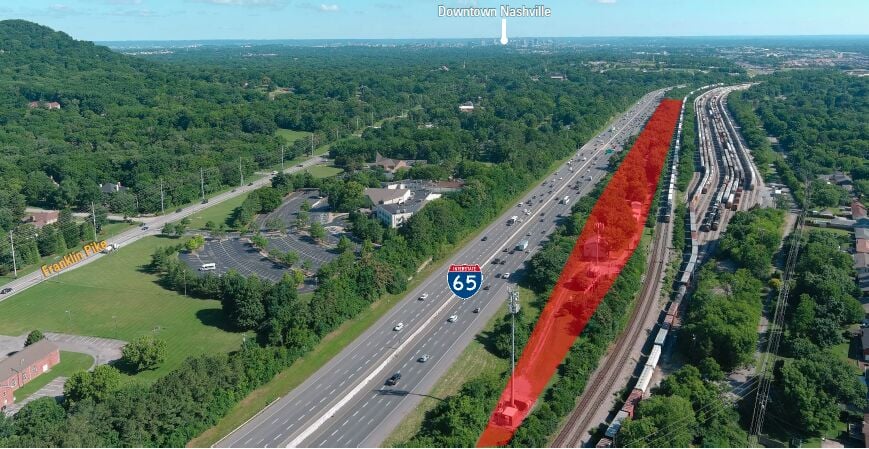 The Crieve Hall property running along Interstate 65 and on which once stood a controversial statue of Confederate General Nathan Bedford Forrest has been offered for sale for $1.85 million.

The address of the 3.59-acre property, which also once included 13 flags celebrating the Confederacy, is 701 Hogan Road.

A trust involving the estate of the late William “Bill” Dorris owns the property. Dorris died in November 2020, garnering national headlines for setting up a trust, reportedly valued at $5 million, for his border collie Lulu. A court later placed $25,000 in the trust.

Dorris enlisted Jack Kershaw to create the since-removed statue — a fiberglass piece that had a sword-and-gun wielding Forrest sitting astride a rearing warhorse. From 1867 to 1869, Forrest served as the first grand wizard of the Ku Klux Klan.

The for-sale offering includes three storage buildings with a collective 3,500 square feet, marketing material notes. Two cellular towers rise on the property, yielding income for a future buyer. With a pronounced linear configuration, the property is zoned for residential usage.

The Battle of Nashville Trust, the property’s ownership entity, has enlisted Tee Patterson and Reid Mangelsdorf (first vice president and vice president, respectively) with Nashville-based Charles Hawkins Company to handle the marketing and sale of the property.

Of note, The Battle of Nashville Trust had no affiliation with Dorris prior to his death, according to Jim Kay, BONT board member and former president.

The statue — still showing the effects of being vandalized with pink paint per a photo included in the marketing material — was removed in December 2021 and is stored in one of the warehouses on the property.

"We are most grateful to Mr. Dorris for his gift of the property," Kay told the Post. "The property is not core Battle of Nashville property and has little historical significance except for an old ice house and well, which are in a separate trust for protection. Therefore, the proceeds of the sale of the property can benefit our mission much more than holding it as a landlord."

The unapologetic Dorris viewed the Forrest monument as paying tribute to the Confederacy, telling WPLN in 2011, and as Post sister publication Nashville Scene reported in 2021, “I still consider this the sixth-largest nation in the world, the Confederate States of America.”