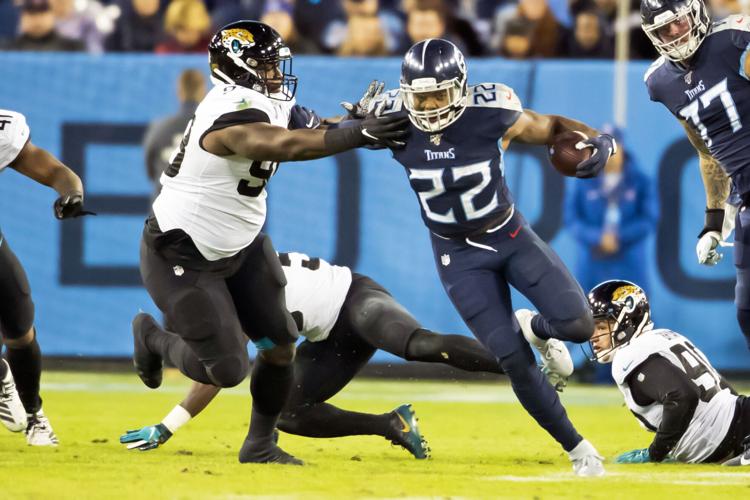 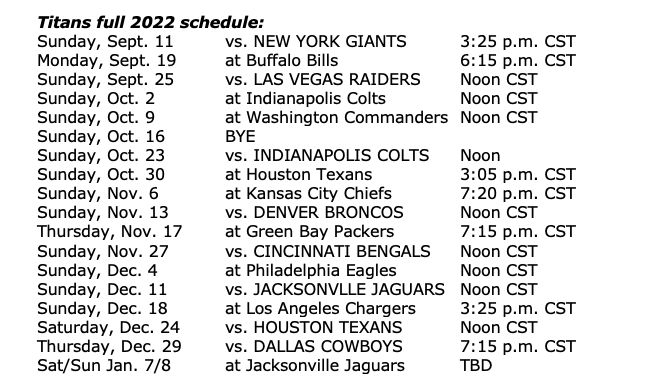 The Tennessee Titans have known their 2022 opponents for a while. And now they know exactly when and where they’ll play them.

The most brutal part of Tennessee’s schedule is arguably Weeks 9-12 when the Titans defense will be tested by four of the NFL’s top quarterbacks — Patrick Mahomes, Russell Wilson, Aaron Rodgers and Joe Burrow.

With noticeably easier games the following two weeks against Jalen Hurts and Trevor Lawrence, Tennessee faces Justin Herbert the next week, pitting the Titans against five of the league’s top 10 QBs during a seven-week stretch.

Other takeaways from Tennessee’s 2022 schedule include: