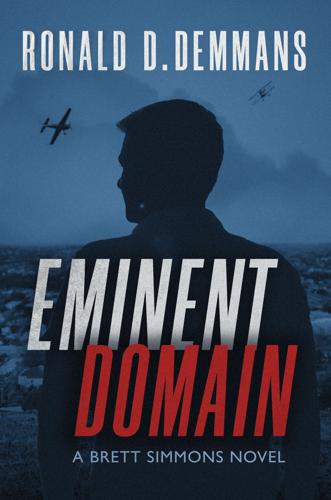 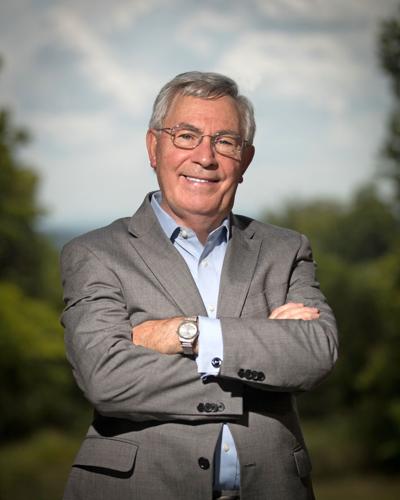 To help launch what would eventually be his first novel, Franklin author Ronald Demmans owes a debt of thanks to a newspaper.

Specifically, he was one day reading an article from an Ohio newspaper when the germ of an idea hit him. The article had to do with an eminent domain case near Cleveland, and within a short time Demmans had a rough notion for a plot as well as the title in one fell swoop.

Eminent Domain: A Brett Simmons Novel, released in June by Indigo River Publishing of Pensacola, Florida, is in the general genre of books by noted authors John Grisham, Scott Turow and Jack Higgins. It’s a thriller in which Brett Simmons — the book’s protagonist who’s a brash, wise-cracking, unapologetic lawyer — stumbles into a mystery in Lenore, the hometown he loves.

“Two innocuous words of legalese will lead Brett down a dangerous path of lies, deceit and ultimately murder,” reads a press release from the publisher. “He has seen too much and what he has uncovered could cost him everything: his career, his freedom, even his life.”

“I’ve had this idea for a long time,” said Demmans, a native of Canada who has lived in Franklin for the past 22 years with his wife and two sons. “I just read a news article and saw the phrase eminent domain. So I looked up the phrase and thought that was pretty interesting, and then just kind of parked it in the back of my mind. I later started thinking about writing, especially after I retired in 2016.”

With a basic idea in mind, Demmans more or less dabbled in putting his words to paper, and the more structured writing took him about a year to complete the novel. He eventually signed a publishing deal with Indigo River in August 2020.

“I kind of wrote it a little bit from the seat of my pants,” Demmans said. "I started doing a little research and just started to write. It just kind of happened.”

Though Eminent Domain is his first novel, Demmans is no stranger to writing. He has been a songwriter since he was 17 years old, and also a singer, guitarist and road musician. He has worked as a flight attendant, a music publisher and a sales manager.

As for hobbies, Demmans is a TSSAA referee for middle school basketball in Williamson County and an umpire for the Franklin Baseball Club.

Demmans, who has recently started writing short stories and is working on his next Brett Simmons saga in what he hopes will be a series, said his best advice for aspiring writers is, just do it.

“I have a friend who said she wanted to be a writer,” Demmans said. “I asked her, ‘Why aren’t you?’ She said because she’s afraid, terrified. I have trouble emphasizing because I never have been [afraid of being rejected]. Just write. When you’re a songwriter you write some bad songs and hopefully you write some good ones.

"Don’t’ make excuses, just write something. If it’s bad it will get better.”

Eminent Domain is available on Amazon.