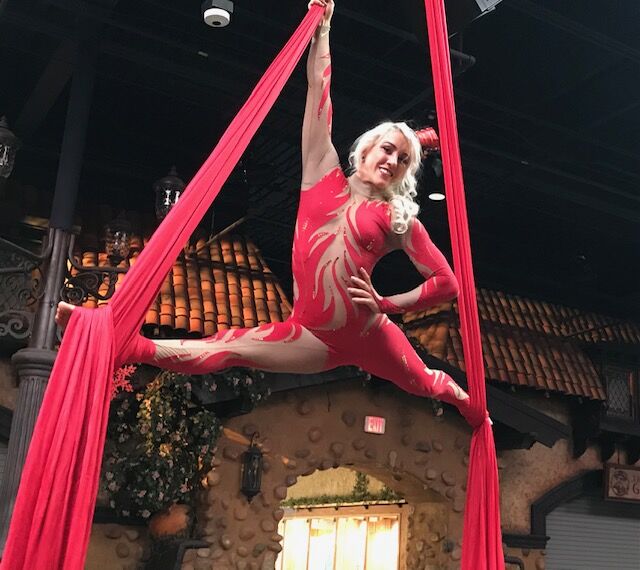 Grace Good demonstrates one of her extreme acts at Plaza Mariachi in Nashville. She will be making an appearance on the new TBS show "Go-Big Show" Thursday night. 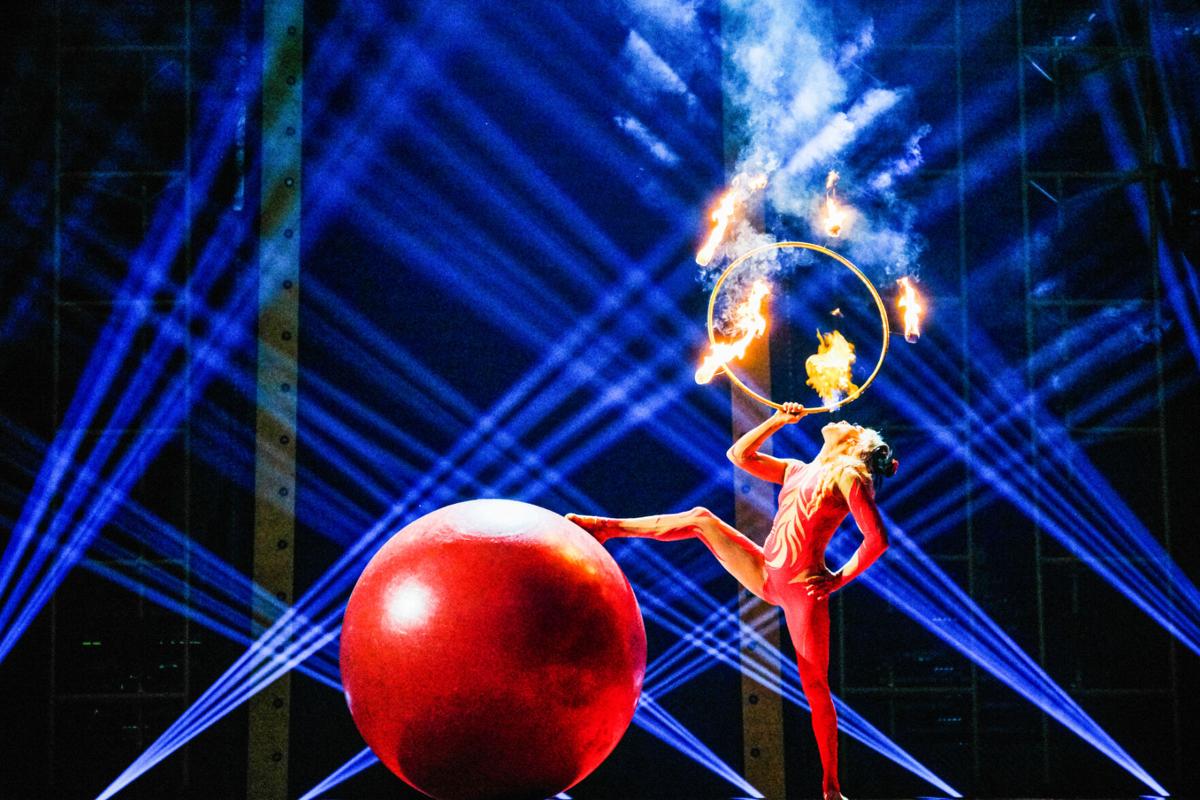 In more ways than one, Franklin resident Grace Good is going to new heights.

To begin with, heights are part of her profession, as are hula hoops, a fire-breathing device and a giant balancing ball. Good, a 2011 graduate of Centennial High School, is a self-taught daredevil cirque artist who is a hula hoop performer and aerialist with Cirque Dreams Productions.

And metaphorically speaking, Good is hoping an appearance on a new TBS program named “Go-Big Show” will help her to reach new heights recognition-wise. The show, which features 36 extreme-act performers in a weekly competition toward a grand prize of $100,000, debuts Thursday on TBS at 8 p.m. Good is among six performers who will be featured on the opening night.

Sworn to secrecy by the producers of “Go-Big Show,” Good couldn’t reveal how the competition progresses, but regardless of how far she advances, she said the experience was a big step in her career.

“This is probably the biggest thing I have done [from a publicity standpoint],” Good said Monday afternoon from Plaza Mariachi, a large multipurpose venue in Nashville where she performs on weekends and where a watch party will be held Thursday. “I’ve gone viral a lot through social media, but this is my first big TV show feature. It kind of puts me on a different level.”

It’s a series of levels that have been building for about 10 years now.

After being introduced to hula hooping as a student at Middle Tennessee State University, Good soon turned a hobby into a career in the circus. She added other aspects to her act and began performing in places as far-reaching as street corners in downtown Nashville to Plaza Mariachi on Nolensville Road and an increasing number of venues in Las Vegas.

When the coronavirus pandemic hit last spring, Good had to shelve live performances, and instead found ways to share her stunts through social media.

That, in effect, was how officials from the TBS network discovered her for the competition show it was planning to film in August and September and broadcast beginning in January. Snoop Dogg is one of the celebrity judges for the program, as are Rosario Dawson, Jennifer Nettles and Cody Rhodes.

According to a press release from the show, it features “jaw-dropping acts so big only a coliseum could hold them, [and] the series spotlights everything from giant ramp jumpers, horse trick riders and incredible feats of strength to alligator and rattlesnake wrestlers, stunt archers and world-record holders.”

Good got the official invitation in August to join the show and to report to Macon, Ga., for competition and filming.

“I kept thinking there is no way this is going to happen,” Good said of the waiting period between the time she was first contacted in April to the final deal some four months later. “We’re in lockdown, and it was like it was too good to be true.

“But the next thing I know, I’m making the five-hour drive to Macon.”

For safety reasons because of the pandemic and to ensure secrecy about the show’s weekly progress, competitors had to be quarantined in a hotel for the duration.

“We had no association with the outside world,” Good said. “But I was able to make some really good friends because we were all stuck there.”

Click here to see a trailer of the “Go-Big Show.”