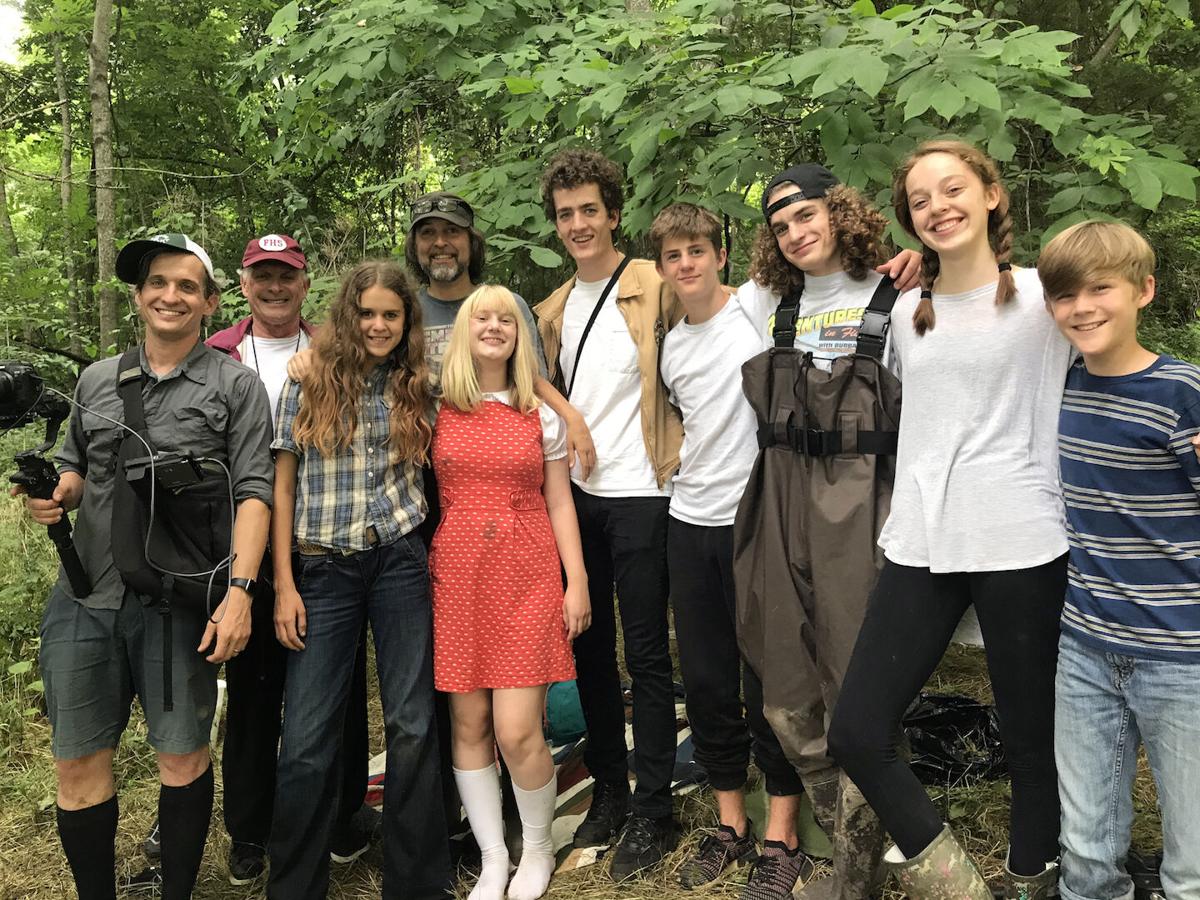 The cast and crew from There's Something in the Lake. Along with Esther Jane Pope (third from left), several actors are from Williamson County.

Esther Jane Pope in her role as Sam

When Franklin filmmaker Greg Pope began writing a script for what would become his fantasy/sci-fi thriller released earlier this year, he envisioned a cast of boys.

His then 13-year-old daughter, Esther Jane Pope, had a better idea.

“Originally, I had written this movie about three boys and she was very intrigued,” Pope said of There’s Something in the Lake, a film he had produced, written and directed. “She would ask me, ‘Well, maybe one of the boys could have a sister and I could play the sister.’

“So finally I’m thinking, ‘What am I doing? I have this daughter who is really talented. Why not just change the story and make it about a girl?’ So that’s what I did.”

There’s Something in the Lake is about three friends who fall asleep watching a monster movie and are then pulled into the very film they were watching. As dark forces close in, the kids formulate a plan to destroy a horrific lake-dwelling creature in order to end the movie and return to reality.

Pope has described it as a nostalgic throwback to creature features of the 1960s and 1970s, a genre he connected with while growing up.

“I love that kind of film,” Pope said. “I sort of feel like the creepy films for kids these days are all camp, and the films I grew up watching — though they might have been hokey — didn’t talk down to you. They took it seriously.”

Pope’s movie, which was shot over 10 days this summer, mostly in Williamson County, pre­miered in October at a venue in the Cool Springs area to a sold out crowd, and is available to stream on Amazon Prime and Vimeo on Demand.

It is also an official selec­tion of the Comic-Con International Independent Film Festival in San Diego, where it will screen next summer. In addition, Pope is working on details for another screening to happen somewhere in Franklin Jan. 28.

For his full-time job, Pope is owner of Franklin-based Octoberville Creative, a production company that provides a variety of content for a diverse family of clients and major brands. His original short films have been screened at Nashville Film Festival, Comic-Con International, AwesomeCon Short Film Festival, Seattle's Museum of Pop Culture (MoPOP) and on StarWars.com.

He and his wife, Shannon, along with friends Heather and Phil Joel, run the student-led Off the Square Theatre Company, which most recently produced Matilda at the Williamson County Performing Arts Center. Esther Jane was among the cast for the show, and she has also performed in several other community theater and film through the years.

“She has always been interested in acting,” Pope said of Esther Jane, now 14. “She has done some commercials, and auditions for roles fairly regularly.”

In addition to her talent as an actor, Esther Jane is quite the entrepreneur. When Dad was starting to raise funds to produce the movie, she pitched in with a tried-and-true method of fundraising.

“Esther Jane sold lemonade on a street near downtown Franklin,” Pope said. “One day she came into my office and dumped all this cash. ‘Here you go, this is all the money I raised for the movie.’ There was over $500, enough to pay for one of our cinema cameras. She said she had been selling lemonade at a stand and asking for donations. So I listed her as executive producer.”

More details on the Jan. 28 screening will be forthcoming, so be sure to check the movie’s website regularly.